It occurs to me now that I haven’t been keeping you up to date on our dining habits. They haven’t been that thrilling of late, really.

I’m not much of a Shepherd’s Pie person. I have nothing against it, but it always reminds me of the $1 frozen ones a co-worker used to bring for lunch to heat up in the microwave every day when I was about 20. And yet a few days ago when I cleaned out my freezer (so that I could fill it again, in preparation for a brutal 2 week shooting schedule starting on Sunday) I thought the package of lean ground beef would be best used in a Shepherd’s Pie, along with several of the potatoes that are growing eyes in the backs of their heads in my root vegetable cubbyhole.

But a serendipitous coming together of recipes resulted in a bit of a twist on something not so new and exciting: I needed a photo of caramelized onion dip for the spring re-release of Grazing, and so thinly sliced and caramelized some onions, finishing them with crushed garlic and a drizzle of balsamic, cooled it, stirred in some low fat sour cream, took a photo, scooped up a few bites and set it aside.

W stood on his chair and yelled, “I HATE PEAS!!!” My little boy is growing up. Snif.

Lou the Wonderdog, whom some of you seem to be missing, ate cel phone straight up for dinner. 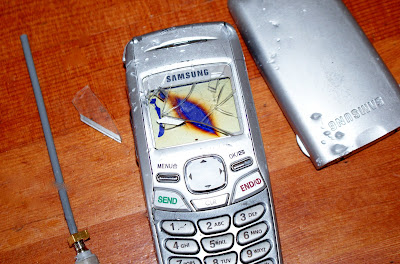 But it could be worse. Thanks to Shelley for alerting me to some poor sod’s dinner experience on a recent Virgin Airlines flight. Hilarious.

Got my hair cut today in preparation for shooting season 3 of It’s Just Food (starting on Sunday). When I got home W was playing with the camera, and took some shots of me. Most were of my knees/midriff, but this one caught the new ‘do. Let me also introduce you to my giant Roots sweater I acquired at VV (in the Village) about 7 years ago for about as many dollars, which they are attempting to pry me out of in order to make me as presentable as possible on TV. 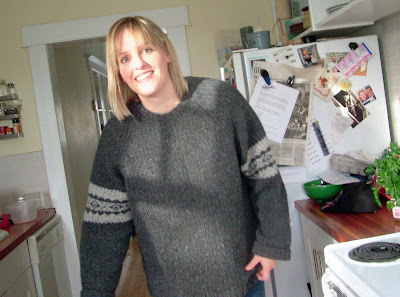 Also, I bought some really cool red rubber boots. Which were size 11s (!!) and on sale. And which of course you won’t be able to see on the show behind the counter anyway. (Please take note of the giant ball of dust and dog hair on my top stair – such is my life. I need knee-high red rubber wellies to wade through it all.) 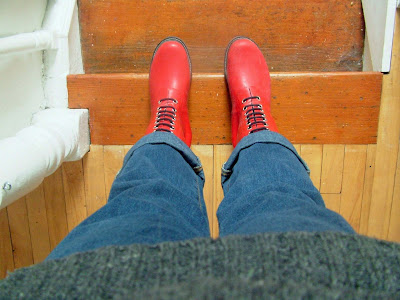 1In a large skillet, heat a drizzle of oil over medium heat; add the onions and cook, stirring often, for about 10 minutes or until golden and caramelized. Add the garlic and balsamic vinegar and cook for another 2 minutes, until deep golden. Set aside to cool slightly.

2Transfer to a medium bowl and stir in the sour cream, salt and pepper. If you want it more finely chopped or smooth, pulse it in the food processor. Cover and chill for at least an hour before serving.