I’ll admit it: I’m not a fan. Never have been, although taking a bite doesn’t make me as squeamish as it used to. It’s just that if I’m going to ingest the calories, I’d rather it be in the form of apple pie, or pecan, or anything chocolate. When I was a kid the flavour was too reminiscent of black licorice; although I’ve gotten over my aversion to molasses, I’m still not all that jazzed about pumpkin pie. Could be the lack of sentiment that everyone else seems to possess.

We cobbled together a turkey dinner, both of us having had the feeling that we missed out on Thanksgiving somehow – with us in Vancouver and she at home working, we both managed to technically eat some turkey within the vicinity of the actual day, but didn’t get to experience that warm kitchen full of people chopping and poking and stirring, the picking of the crispy bits of skin and stuffing spilling out from the bird, the overflowing table with lots of cranberry sauce (tonight I used frozen chopped rhubarb along with the cranberries-yum) and yes – even the pumpkin pie. (It’s probably a good thing I’m not a fan – after all that stuffing, it’s probably a good idea to lose the pie and just down a few spoonfuls of whipped cream straight up. Who needs a vehicle beyond a spoon?) 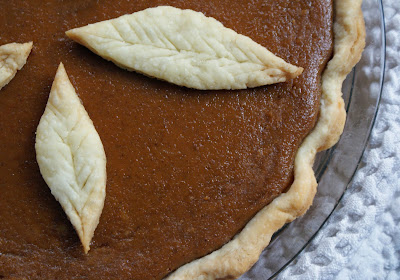 One Year Ago: Lentil Veg Curry and Banana Bread