Sorry – I have more sweets for you. This time it’s cake, because today we managed to pull off our first chocolate dragon. W had a small birthday party – just cousins, aunts, grandmas and grandad and a few friends. He wanted hot dogs and Cheezies. We added mini burgers, peaches, blueberries and a tray of veg (tiny local carrots, radishes and pea pods) with garlic & basil Swiss dressing from Mary and Ernie – all easy stuff and not much in the way of cooking, so there isn’t much to pass on.

As he is currently obsessed with the movie How to Train Your Dragon he requested a dragon cake. Mike baked the layers, and having reviewed a few photos of other homemade dragon cakes for guidance, we went at it with a knife first thing this morning. One cake was cut in half and then put side by side for the body (a tip I took from here), and the tail, head, neck, arms and legs came from the second layer. It was actually much easier than I thought it would be.

One tip: icing does not like to be spread over the sides of cut cakes – we put ours into a large ziploc bag and squeezed it on, then spread it gently, coaxing it into the nooks and crannies. You could do a crumb coat – frost it without worrying about crumbs, then chill or freeze, then add a second layer of icing. (The crumbs being happily trapped in the first coat.) We didn’t have room in our freezer for a tray of ice cubes, let alone an entire dragon. 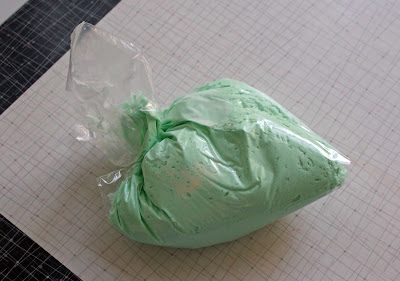 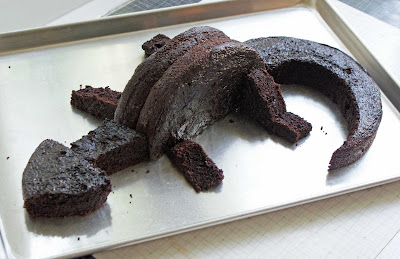 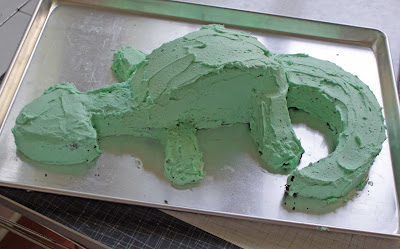 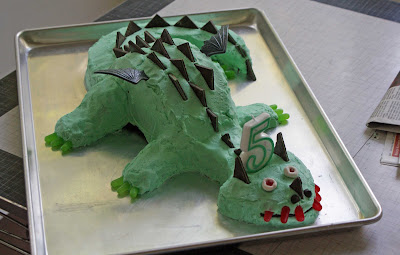 The spikes on its back are those square chocolate mints (you could use After Eights) cut in half diagonally; its teeth and claws are Mike & Ike’s, and the eyes are mini marshmallows Mike constructed with some sort of little candy wedged inside with the aid of a bamboo skewer. (He too has an Inner Martha.) The little wings were a cheat-yanked from one of his toys. We had to draw the line somewhere. 2In a medium bowl, stir together the flour, cocoa, baking powder and salt. In a larger bowl, beat the butter with an electric mixer for about half a minute, until it’s pale and creamy. Pour in the sugar and continue to beat for 3-4 minutes, until the mixture is light and fluffy. Add the eggs one at a time, beating well after you add each one. Scrape down the sides of the bowl whenever it needs it.

4Divide the batter between the greased cake pans and tap the bottoms a few times on the countertop to remove any air bubbles. To prevent a domed top, spread the top of the batter with a spatula, creating a slight dent in the middle and a raised edge. This compensates for the way a cake tends to rise higher in the middle.

5Bake for 30-35 minutes, until the cakes are golden, the edges are pulling away from the sides of the pan and the tops are springy to the touch. Let them cool for about 10 minutes before running a knife around the edge of the pans and inverting them onto a wire rack. Cool completely before you frost them.