I may have mentioned our dinner club in the past (remember the Southern feast with peach cobblah and sour cream ice cream? and the slightly less appetizing vintage Kraft party with processed cheese slice tablecloth?) – it was our turn to host, which meant getting to choose a theme. All the great ideas I had back when it wasn’t my turn were long gone, and so after mixed reactions to the suggestion of an evening based on this photo, I took a Twitter suggestion to do the Seven Deadly Sins – greed, lust, envy, pride, gluttony, sloth and wrath. Everyone got to pick one sin and turn it into a course.

I, probably not surprisingly, went with gluttony for my food courses, and sloth as a decor theme (and dress code).

I missed out on a few photos, there being a dozen or so people over and it getting dark so much earlier these days. One of those photos was of the beer and cheese fondue that S&I brought to represent sloth. (Don’t you think they should have ordered a pizza for sloth? Or showed up with nothing?)

M&A jumped on lust. They made fizzy drinks with Prosecco and Chambord, and floated halved fresh figs in them. 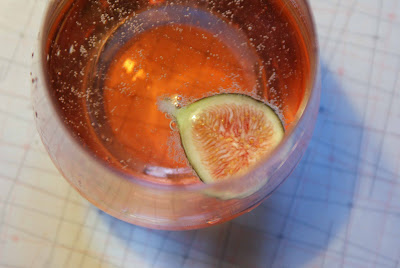 They assembled little appetizer plates for each couple; they steamed fresh artichokes and melted butter with thyme, and made Indian-inspired wraps with paneer and shredded marinated spiced veg, and hollowed out pomegranates and filled them with mildly sweet and aromatically spiced rice pudding. (That’s it at the top.) Then they told us all we had to eat them with our fingers (and preferably each others) – I’m just glad I didn’t have to eat an oyster. 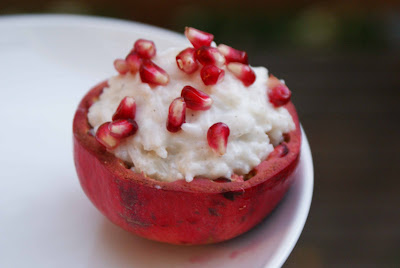 Next was Pride, courtesy of P&V – sliders from In Search of Total Perfection by Heston Blumenthal, made with hand-ground brisket, short ribs and chuck. They made the cheese (similar to comté) and ketchup from scratch. I knew a photo wouldn’t have done these babies justice. 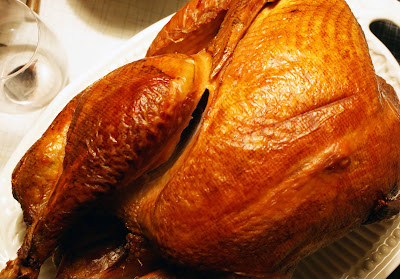 For the main we had a whole smoked turkey from Winter’s turkeys – a divine cross between turkey and ham that cooked, unstuffed for 3 hours (at 300F) before the party, acting as the very best potpourri and food foreplay all in one. 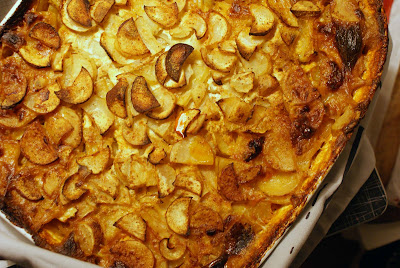 Wrath came from W&S – they made spicy scalloped potatoes, green beans and curried Brussels sprouts, all with a kick. 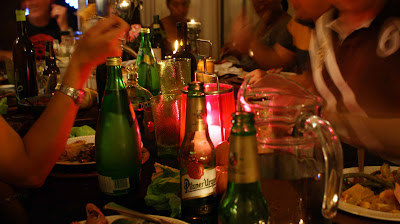 D&N brought a chocolate extravaganza (from Costco! cheater!) to represent Envy for dessert, which remained in part on our dining room table this morning and which got picked at for the rest of today, and which I have overdosed on.

And I, still in charge of gluttony, had to take advantage of a reason (can you think of any other?) to make a cherpumple. What’s a cherpumple? It’s whole pies baked into cakes. I’ll let the creator, Charles Phoenix, explain:

Rather than go with CHERry, PUMPkin and apPLE, as he instructs, we did just apple and cherry, with a white cake batter from scratch. 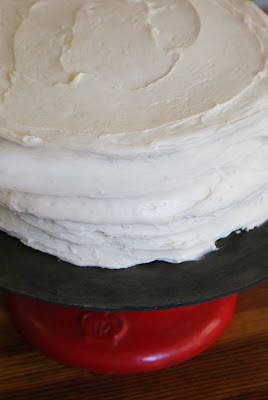 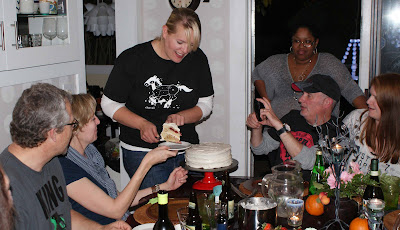 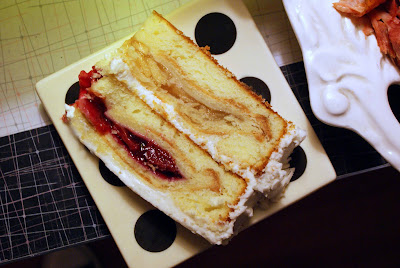 If you want the full pie-cake instructions, I posted them over here.