How you know you’re a grown-up, part 2: on a Friday night you review the Scholastic book catalog (why are there Star Wars video games in there, by the way? I don’t recall video games ever being part of the curriculum, or I’d have been a far keener elementary school student) and scrub the toilet, and eat parsnip soup.

Jocelyn shared this recipe for me, knowing, as we were members of the same CSA farm, that I had a glut of parsnips in the fridge. She made it and said it was the best soup she’s had in a long time. I’m all over that. 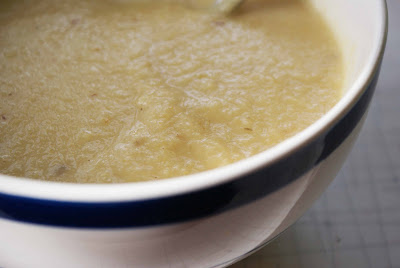 I’m sorry to say I need to take a bit of a hiatus from our Free Stuff Fridays – I seem to be spending a lot of resources these days (time + money) buying stuff and shipping/delivering it, which I totally don’t mind, but my less than stellar time management skills (coupled with Canada Post) have meant people aren’t receiving their stuff as speedily as I/they’d like, and so I’ve wound up disappointing people. Which is a) the worst feeling ever, and b) exactly the opposite of the whole point. I’ll have stuff again soon, I just have some catching up to do.