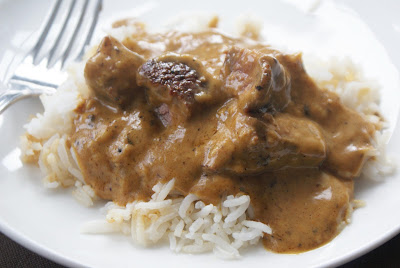 It seems you’ve been getting a lot of leftovers lately. (Figuratively speaking, of course. Or have you?) Although I’ve been cooking like mad, prepping and photographing in an almost-always-near-disastrous kitchen with an often grumpy sous chef-slash-dishwasher, I can’t share most of the results with you. Sue and I are in the final stretch of the bean book, finishing up edits and photos and working on the layout and design, and the recipes and images for Alice Eats are due at the end of April (which my calendar tells me is in LESS THAN TWO WEEKS) and if I’m not done I’m pretty sure Pierre will maim me. I’ve seen how good he is with a knife. And this week I’m working on stuff for Swerve, the Herald, Parents Canada, Readers’ Digest, City Palate and Family Kitchen. It’s not that I haven’t been cooking, it’s just that I haven’t been sharing. Also, I’m feeling a little tapped out when it gets to be dinnertime.

This morning I covered traffic reporting on CBC (tomorrow too, I’m trying to go to bed now), which meant a 4am wakeup (and a 1am, 2am, 2:30am to make sure I wasn’t sleeping in), so I was ready for dinner mid-afternoon. I had pulled a frozen steak out of the freezer (which meant Mothers Little Helper has been playing on a loop in my brain all day). I just finished working out some recipes for a peanut butter company in New York that I may be in love with, one that makes peanut butter infused with maple and honey and chocolate (not all at once) and so have peanut butter on the brain. Also a glut of peanut butter. And a half can of coconut milk in the fridge. The combination may sound odd and a little lowbrow, but trust me – it worked. As much as anything because the sauce picked up the browned bits from the pan, enriching it far beyond the sum of its parts. Very much yum.

Also? I have some New York peanut butter for you if you want some.

AGC Cooks at the Art Gallery of Calgary

An Easter in Pictures