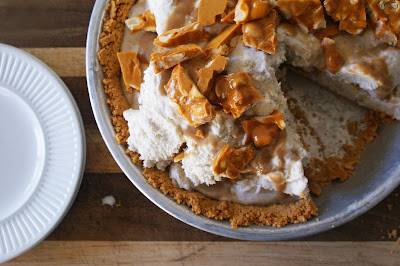 (OK, an Easter mostly in pictures. And some words.)

My mother-in-law came for dinner tonight. Her favourite sweet is peanut brittle, so I always make her a batch, using my Grandma’s recipe. I decided to turn some of it into dessert – a pie, made with ice cream, since she likes a dish of vanilla now and then.

We didn’t have graham crumbs, but rooting around the back of the cupboard I came up with a sleeve of those maple sandwich cookies I get for Mike sometimes because he likes them, and so I ground them in the food processor. The icing in the middle is about enough for the crumbs to stick and bake together without adding melted butter. I added a drizzle of canola oil as I blended them, just in case. Maple crumb crust? I may not bother with graham crumbs again. 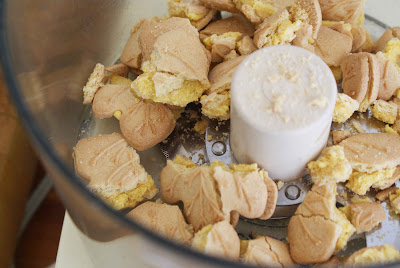 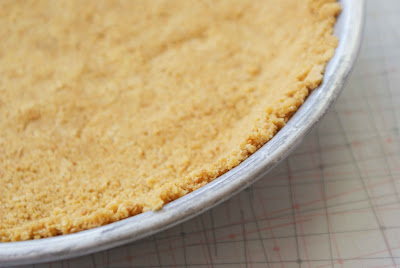 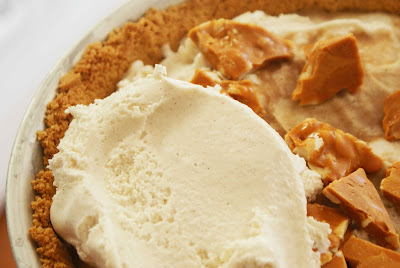 After baking (350F for 7 minutes) and cooling the crust, I spread half a big tub of softened vanilla ice cream into the bottom, then drizzled it with caramel sauce and returned it to the freezer. Then I crushed some peanut brittle overtop, spread on the rest of the tub of ice cream, and put it back in the freezer. When it was time for dessert, I topped it with another drizzle of sauce and handful of peanut brittle before bringing it to the table. Shirley ate two slices, and Mike said it was pretty wow, and thinks we should work on perfecting it so that we can get moving on world domination.

Dinner before was turkey, cauliflower gratin, chopped salad, and roasted sweet potatoes – small, dark-fleshed ones, poked with a fork and tucked directly on the oven rack beside the turkey for the last hour of cooking time. If you haven’t done it before, this is the sticky goodness you’ll get when you peel back the skin of a roasted sweet potato: 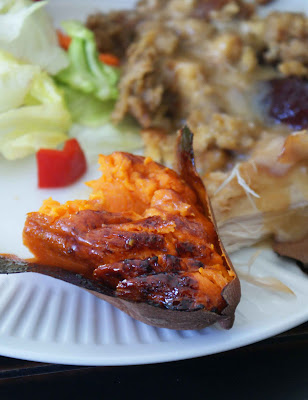 To rewind, there was brunch this morning at my parents’, with ham sausage from Pincher Creek (from Bite in Inglewood). 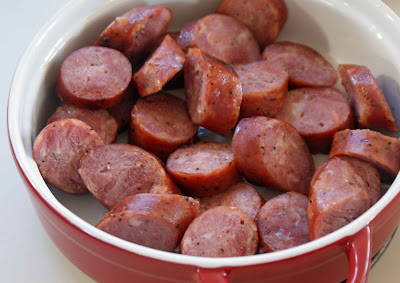 Mom made chicken salad with hard boiled eggs and grapes – a different yet somehow obvious combo. 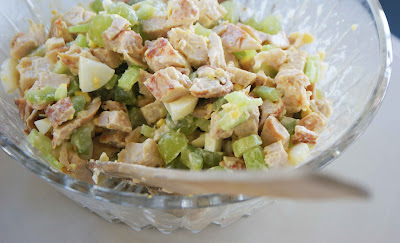 There’s always an enormous bowl of fruit salad. My sister made crepes. My nephew sauteed apples. 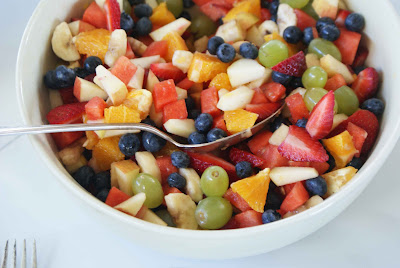 There were cousins hunting for eggs. (The chocolate kind.) 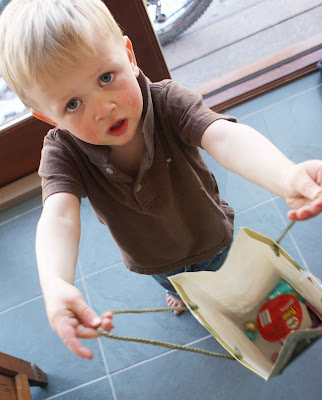 Yesterday, a kitchen full of friends and neighbours descended on our house. Tasha brought eggs (the chicken kind) from her brother’s farm. They were precious – some half the size of those we’re used to. Some of the kids thought we had painted them already. 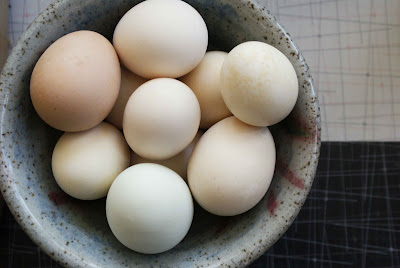 We made waffles on Lesley’s grandma’s waffle maker, which had two settings: Off and Inferno. The waffles always came out perfect. Except the ones I forgot. 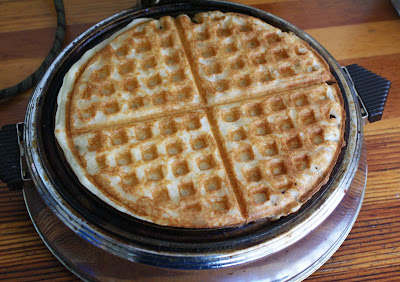 And we had warm cinnamon sticky biscuits, which some of us decreed better than real, yeast-risen cinnamon buns, even. Honestly, these are the bomb. I don’t want to even tell you that the dough contains no butter, only 1/4 cup of canola oil, and yet are amazingly soft, tender, melting.. with just the right amount of goo. Please try them. You just must. Trust. 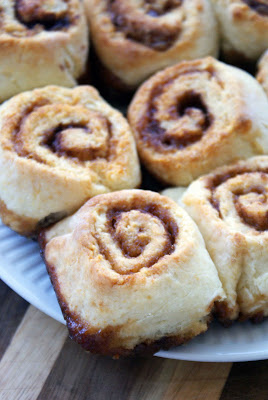 Don’t wait for next Easter.

11 comments on “An Easter in Pictures”