This is going to be my bubbly pink patio drink this holiday weekend. Fo sho.

It’s a good thing you can’t clearly see my oh so foxy reflection in the glass, all gussied up for a Canada Day Eve night in PJ bottoms and an old shirt I only wear to bed since a slice of peanut butter toast landed goods-side-down on my chest. (Which kind of reminds me of this Flight of the Conchords video.)

Thanks to my foxy ladyfriend for sharing her Grandma’s cocktail. Partly, I’m just envious that a) her Grandma is still around, b) she lives on Galiano Island, c) her nickname is Foxy Lady and d) she thusly has a boozy pink drink named after her.

Gwendolyn makes hers with vodka and soda water. Gin works. Or drizzle it straight into Prosecco.

The only problem with the Foxy Lady (besides the obvious) is that it uses up your stash of rhubarb so that you may not have enough left to make pies. But you won’t be able to bake after all those foxy ladies anyway.

Really, you should know how to make rhubarb syrup whether or not there is a Foxy Lady in your future. It’s divine drizzled into soda water or ginger ale, or ice water to make rhubarbade. Next on the agenda: pink rhubarb milkshakes. 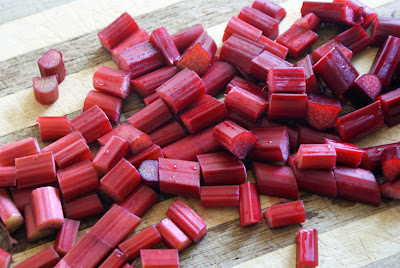 You’ll need some rhubarb. The red stuff is best. Chop it up. 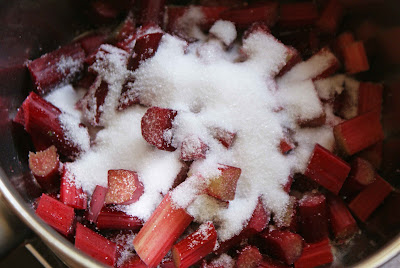 Add sugar and water and simmer. 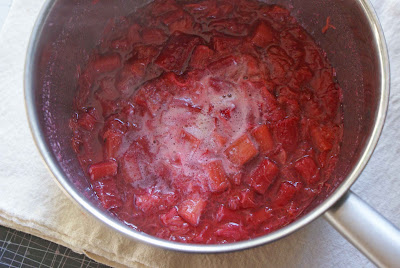 It will turn soft and mushy, at which point scrape it into a fine sieve set over a bowl and strain it. 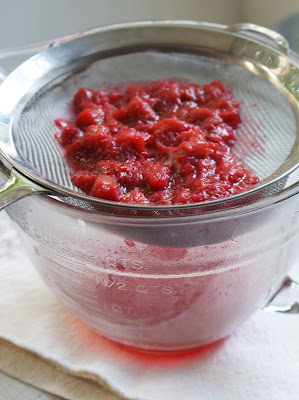 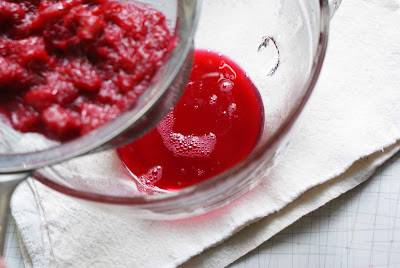 You’ll wind up with something that resembles the juice from a maraschino cherry jar but tastes far better. Don’t toss the leftover pulp – eat it with plain yogurt and granola. Trust me on this. Or turn it into ice cream. More on that later. 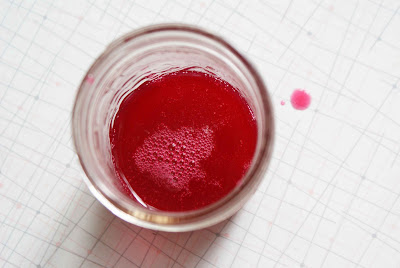 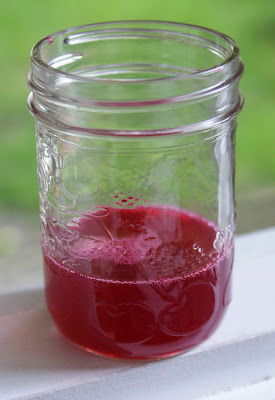 Put a lid on it and keep it in the fridge. Or throw it in your bag and bring it along to that Canada Day party, with a bottle of Prosecco. I’m not against pouring it over pancakes. 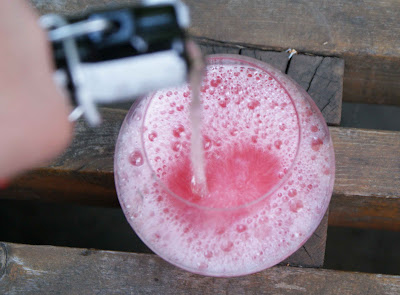 Pour rhubarb syrup into a glass, top with Prosecco or ginger ale or vodka and soda water. Drink. Repeat. Thanks to the foxiest lady I know.

Sugar to taste (up to 1 cup, depending on your taste and how tart the rhubarb is)

2Set a fine strainer over a bowl, pour in the rhubarb and let it sit to drain off the liquid.

3 Once it's done, scoop the stewed fruit into a container and eat or refrigerate for later.