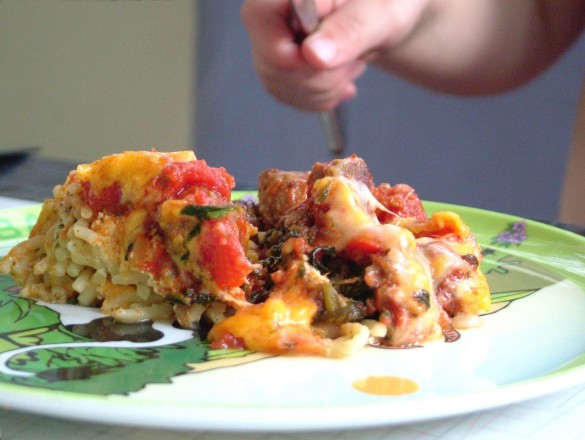 It was a snacking sort of afternoon, and Mike was going out tonight, so I pulled a container of spaghetti pie out of the freezer in order to feed W properly, and I snacked on some leftover lemon bars from a high tea I prepared for donors at the Children’s Hospital yesterday. These are far lower in fat than traditional lemon bars, but you’ll never notice the difference.

When I was testing recipes for One Smart Cookie, one of the trickiest things to trim the fat from was the shortbread that makes the base of so many bars. The thing about shortbread is that it contains butter, sugar and flour (sometimes some cornstarch for mouthfeel, sometimes some rice flour, or icing sugar) and when you start to mess with it, it becomes something other than shortbread. But I discovered something after months of adding everything from strained yogurt to low fat cream cheese: when you remove the fat from a recipe, you don’t necessarily have to replace it with anything. Hallelujah! Now this isn’t a hard and fast rule, but it’s good to know. This shortbread base is a case in point: a typical ratio is 1/2 cup butter to 1 cup flour; I use 1/4 cup butter to 1 (scant) cup flour, and it works out just fine. The mixture will seem too crumbly to work, but just trust me. I wouldn’t serve it on its own as shortbread, but it makes a mighty fine base. If it cracks a little on top when you bake it, it doesn’t matter one bit; you’re pouring a topping over it anyway. In a medium bowl, stir together the butter and sugar until creamy. Add flour and salt and stir until well combined and crumbly.

Press into the bottom of an 8” x 8” pan that has been sprayed with nonstick spray. Bake for about 8 minutes, until just barely golden around the edges.

In the same bowl (no need to wash it), stir together the sugar, flour, baking powder and salt. Add egg, egg white, lemon zest and juice and stir until well blended and smooth. Pour over the base.

Return to the oven for 25–30 minutes, until slightly golden on top and bubbly around the edges. Cool completely in the pan on a wire rack. Sprinkle with icing sugar before cutting into bars.

Oh, and meet Lou. (Short for Louis, as in the old St Louis blues bar in Calgary, or Louis Armstrong, or Jos. Louis – the cream-filled chocolate cake sandwich, named for the founder’s sons, Joseph and Louis). Thank you for all the fantastic suggestions, but this was one we could all agree on that didn’t have odd connotations or rhyme with anything we didn’t want him confusing his name with (ie. the dog next door). Plus, it’s about as cute as you can get when W says “woo-wee“. (Of course all of you know that his real name is John Cusack. Whenever Mike isn’t around, that’s what he’ll go by. Louis can be his alias.)

Day 152: Chickpeas with Lemon and Parmesan and sautéed spinach with garlic