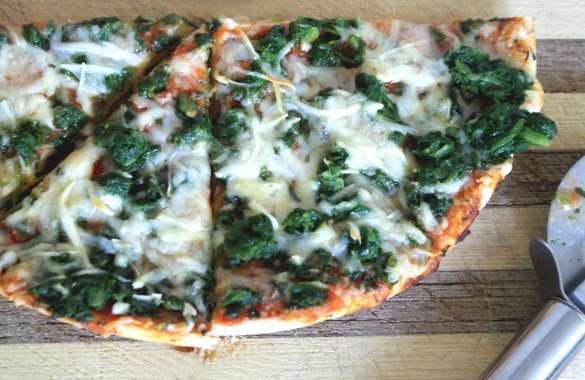 I’ve been working all week on an article about tea and its culinary possibilities, and it blows me away that it isn’t used more often in the kitchen. Lapsang souchong, for example, is a black tea that is roasted over a pine fire, turning it so smoky that you could marinate meat in it give it a smoky flavour without adding actual smoke. Because tea is acidic, it works well as a marinade anyway. 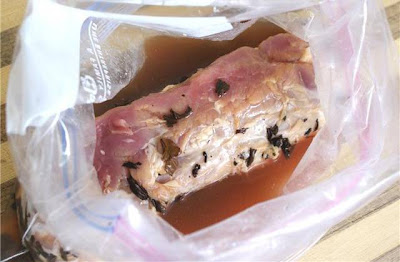 Since this was experimental I didn’t do anything but marinate the pork in strong tea; 1 Tbsp. lapsang souchong leaves steeped in 1 cup boiling water, left to cool and then thrown in a baggie with a pork tenderloin overnight. (This would be a great way to freeze meat too – the tea would act as a sort of insulation against freezer burn while adding flavour.) I resisted the temptation to add barbecue sauce or anything other than a slick of oil to keep it from sticking to the grill and a sprinkle of salt and pepper. It was perfect – smoky with the flavour of the pork, rather than of whatever I would have otherwise spread over it. 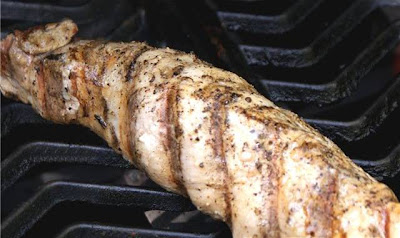 I did this in the late afternoon, and so we sort of picked at it – to taste, you understand – research purposes – and then popped a frozen Dr. Oetker spinach pizza in the oven. I adore these things. Although they aren`t fantastic for you, they have thin crusts and are loaded with spinach, and W will eat them and not even really notice the green stuff. (He also ate a ladybug.) They also have some sort of creamy Edam cheese layer under the spinach that I don`t quite understand but love nonetheless.

And a precious few cherry and tiny yellow pear-shaped tomatoes that I managed to coax to life over the past several months. (These survived being picked off and thrown across the yard by W.) 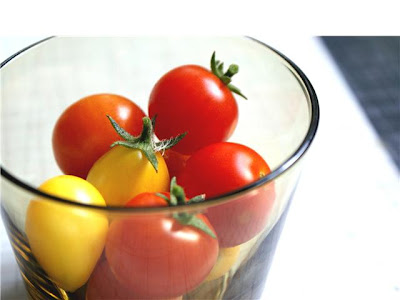