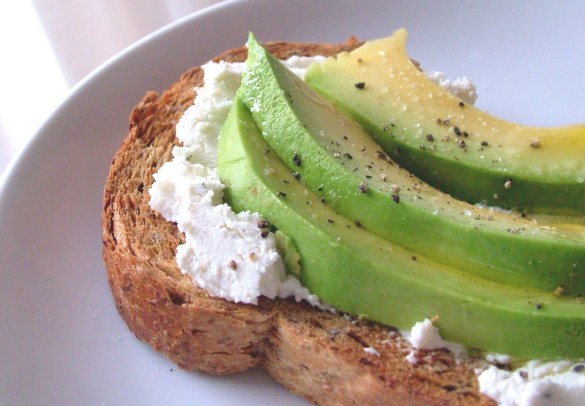 As a kid, I hated avocados. Thankfully, I got over it. I like mustard now too, but I still can’t stand black licorice. I don’t even like it when other people eat it. You know how some people can pick up cigarette breath from a mile away? That’s me with black licorice breath.

As far as dinner goes this probably doesn’t look like much, but the image above is larger than it appears. Literally – these mamas are huge. I’ve been waiting all summer long for Andrés to bring in his massive, buttery yellow Semil avocados, and they finally flew in last week. He emailed me from his blackberry as soon as he got word that they were flying over Thunder Bay – how’s that for service? And when I got the specimens in my hands, two of them at well over a pound each, easily twice the size of an average avocado, he instructed me to wrap them in newspaper and sit them in a sunny spot to encourage them to ripen. 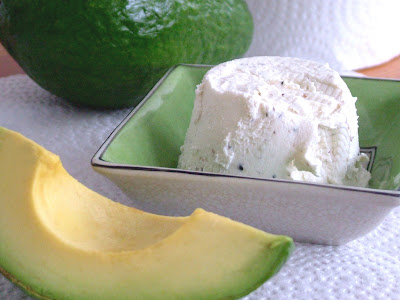 Today was a good day for them to come into their own; early this afternoon as I was out shopping for new dog chews Mike called and asked me to pick up lunch, so I stopped for a vat of wor wonton soup from King’s. (For $9.65 you can fill a salad bowl with noodles, broth, pork, veg and wontons. I suspect M was hoping for a burger, but after two days of eating not much more than grapes and toast, that would have been too far a leap.) So by dinner, a few slices of buttery avocado laid out on peppered goat cheese and grainy toast was just the thing. (Did that sound too Martha?)

So that takes care of #1; any ideas for #2? My neighbour suggested avocado milkshakes: ripe avocado whizzed with milk, ice and a bit of sugar like she used to get at her favourite Vietnamese restaurant. Sounds fantastic, but I’m not sure I could bring myself to puree something so gorgeous!