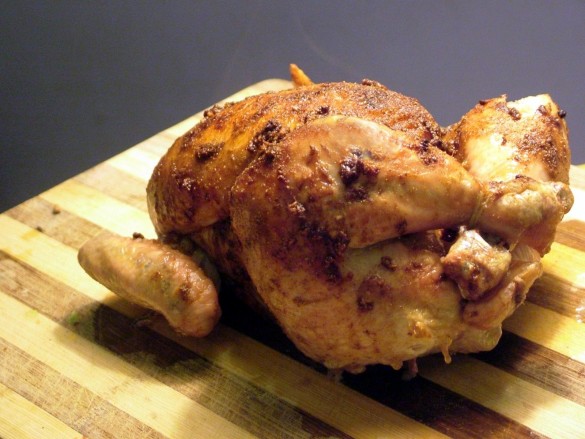 I think I’m actually too tired to type. Got home from Vancouver at around 11 and Mike and I set to work prepping for foodstyling jobs I had this morning before and after CBC, and even for CBC we made 3 batches of Christmas cookies, including the holiday Stroopwafels Mike has adopted as his thing. (Recipe tomorrow, I promise.) Bed between 1 and 2, up at 6. My vocabulary seems to have reduced itself to around 20 or 30 words.

I ended up with no edible leftovers from the shows I pimped food for today, but at the same time was so behind at dinnertime that all I could muster was a chicken, patted dry and rubbed down with a paste made of canola oil, pressed garlic, smoked paprika, cumin and allspice and thrown in the oven to leave to its own devices. (And only because it had been displaced from the freezer, which is packed beyond overflowing, and needed to be cooked. Plus I was feeling like a bad and negligent mother/wife and tried to earn back some parenting points with roast chicken.) I poked a couple potatoes and tossed them on the oven rack alongside, and did the same with a spaghetti squash, cut in half. How is it that roast chicken and baked potatoes are among the lowest maintenance of dinners, and yet frozen fish sticks get all the credit in the convenience food department? 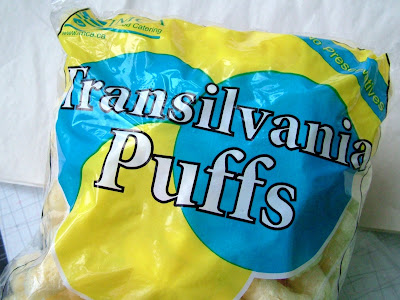 I can’t believe I’m into the final month, with under 30 days to go. I came to some conclusions regarding this blog, my dinners and how I might spend my time before bed next year, but it’s far too complex a thought for me to eloquently share at this time. Tomorrow.