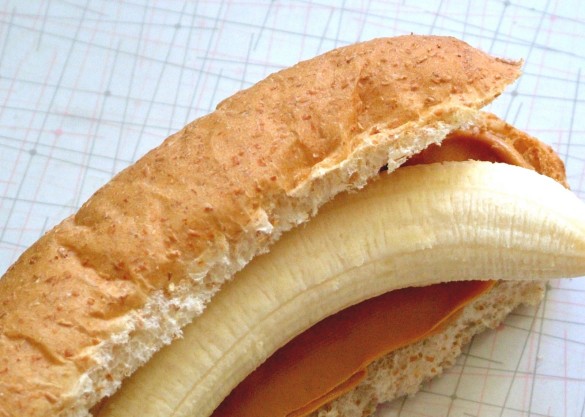 The last time I actually ate was Sunday night. Since then I’ve only sipped on apple juice, which I simmered with chunks of fresh ginger in an attempt to settle my stomach, and which was dramatically sent back, reminding me why W doesn’t have any brothers and sisters (yet). I had written a few paragraphs here Sunday night before getting slammed by the stomach flu, and so exercised my new-found freedom to backburner it until such time when I wasn’t sitting on the floor at the base of the toilet.

So this is how it began:

There aren’t many evenings more depressing than the last of the holiday season – the Sunday night after Christmas and New Year’s eve/day, the night before everyone really, truly gets back to it, when you can no longer slough off emails and voice mails and deadlines under the premise that you’re maybe off for the holidays, and you have to pick up all the messes and revisit the stresses you left undone as it got close to Christmas. It’s like the grandmother of all Sunday nights. In my mind I started January rested and rejuvenated, my office and basement and front hall organized, kitchen clean, laundry done and to-do list for 2009 written, prioritized and marked in the new daytimer. I even had a couple stints at the gym out of the way.

Or the opposite of that. Instead I’m up far later than I planned to be, sitting on the couch in a men’s XL red/yellow/green plaid flannel LL Bean nightshirt paired with pink polka-dot flannel pants and brown and orange socks – my outfit of choice for the past week or so – that screams I’VE LET MYSELF GO. (The hundred or so red and green foil Hershey’s Kiss wrappers rolled into teeny balls and scattered over the couch and floor are further evidence of this.) I look like a female George Costanza that got stung by a bee and swelled.

Not only did Santa not bring me that Mac I wanted (the elves are working on it; apparently they need my help and I haven’t brought myself to set foot in a workshop during Boxing week) he didn’t bring me those time management skills I keep asking for. And far too much of what he did bring was edible. Speaking of – dinner was the last of the leftover baked potatoes, turned into pan fries (chop them roughly and cook in a slick of oil and a dab of butter, sprinkled with curry powder, chili powder and salt), with eggs fried in the pan alongside, toast and the last of the junk we’re trying to purge from the kitchen: ripple chips with French onion dip, chocolate and cookies. 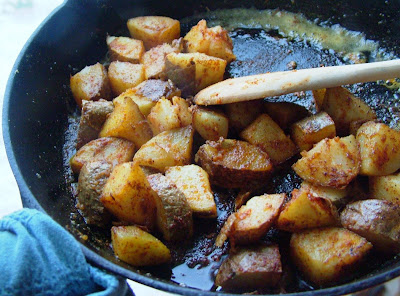 So it will come as no surprise that I managed to acquire a full extra 10 pounds since Christmas in November. (Maybe I should start measuring in stone – one stone – about 14 lbs, I think – doesn’t sound like as big a deal, hey? Just a few pebbles, really.) I’ve needed to do something about this for a long time, but I suppose not wanted to badly enough – I think I was too tired, or overwhelmed, or lazy. I’m not one for New Year’s resolutions for the sake of it being January 1st – I generally make a point out of having a good and buttery breakfast on the first morning of the new year just to get that out of the way – but it’s as good a time as any to wean myself off of the overindulgences of the season and really start making myself feel better. Plus I think I’m all chocolated out.

So to give you fair warning, I will likely be preoccupied with eating healthier over the next months. Not all the time, mind you – that’s not how live works – but I have to really throw myself into it to see results, and so there will likely be a bit of a spillover here. I’ve started by culling the index for healthy meals I particularly liked last year – and I know that most of the yogurt containers in the freezer contain soup and chili and spaghetti sauce, so that’s a start.

Some of you know I’ve gone this route before. Friends and family members shrug and say “you’ve done it before, you can just do it again”. Which makes sense, but knowing the path and walking it are two very different things. We all know what we need to do to lose weight or get in shape. The hard part is actually doing it.

Fast-forward to dinnertime Monday night, when I haven’t even checked my emails let alone gone to the gym. I suppose if I were to look for a silver lining, this not eating has probably gone a long way toward weaning me off of the quantities of food I got used to over the holidays. W, who barfed a bit at about 4:30 am but has been fine since then, asked for a picnic dinner in front of Wall-E. Done. I spread a whole wheat hot dog bun from the freezer with peanut butter and stuffed in a banana (a banana-dog), and he didn’t even need utensils. Mike is starting to curl up in the corner, and I’m sipping on a bit of Coke. I’ll let you know how that goes.