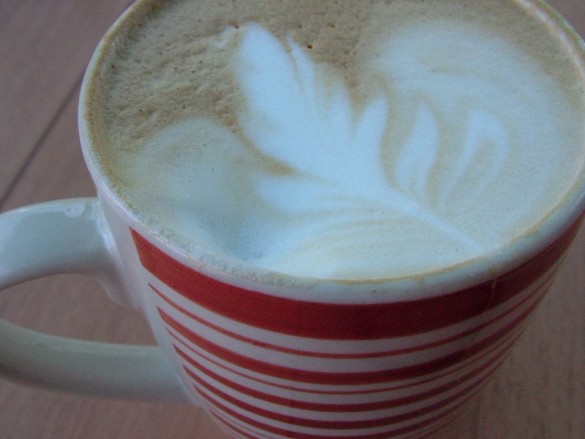 OK, here we go. Fiona (who is vowing this year to read 100 books and tell us about them – so maybe that can be our other stay-home-in-your-jammies book club? We can then make intelligent literary conversation at the gym/water cooler about the book “we” just read, and no one will be the wiser?) suggested I ditch the (Apple) Safari web browser that came with my iMac and download Firefox. So lets see if this works. Sadly my index is still nowhere to be found (on my computer anyway – so odd that a few people are getting it. You’d think as admin I’d have access to it if it was on the server. Maybe if you’re seeing it it’s in your cache?).

I spent the afternoon hiding/decompressing (if you can call it that with 4 toddlers underfoot) at K’s house over far too cheesy artichoke dip and a chunky chorizo-bean-tomato-pineapple dip J made that I may have to bug her for the recipe for, scooped up with baked whole wheat pitas (how virtuous are we?) and dragged my feet home at around 5. Having started to cull the contents of my freezer for anything appetizing/usable/bulky I had already committed to making something out of one of the first frosty packages to go: thinly sliced beef that I bought to make Bulgogi (Korean Barbecued) Beef.  Fortuitously I had picked up some Shanghai noodles (the thinnish ones) at the market last week and so morphed the two. (The next month I swear is going to be re-runs from last year. I found some roasted squash and ricotta ravioli in there too.)

So I poured equal amounts of soy sauce and rice vinegar and about half that of brown sugar over the beef and let it sit while I made some sesame noodles, and threw a few stalks of asparagus and frozen broccoli trees into the water during the last few minutes of cooking. Drained the lot while sauteing up some sliced peppers and the beef in its marinade, then tossed the lot together in a big bowl and sprinkled it with chopped peanuts. It was OK. The beef was sublime, but the noodles got overcooked as I went to retrieve a naked W from the gritty snow in the back yard, and I don’t think I’ll ever get used to frozen broccoli.

My addiction these days is coffee. I never drank coffee until about 5 years ago, and I still don’t have more than one or two cups a day. Typically Americanos or the odd lattè – because they are espresso-based drinks, lower in caffeine than coffee – which might be why I don’t have any problem drinking them in the late afternoon/evening. It’s comforting to have something to sip on for an hour or so, it’s a way to be sociable that involves food, and I let myself go to Starbucks more often than I used to (partially due to my Christmas gift cards) because I need that something. Here’s a tip: a tall Americano in a grande cup, topped up with whole milk, is like a frugal lattè ($2.36 vs. almost $5, although it’s not as hot and has no foam, but you can drink it faster and rewarm it if you need to) for about 100 calories, or a grande Caffè Misto – equal parts coffee and steamed milk – is only 110 calories; both will provide some protein, too. I don’t add sugar, but one packet of sugar is only 11 calories.

Speaking of book club – I have about 15-20 takers. Yahoo! (If anyone still wants in, email me anytime.) I’m trying to figure out a venue and best time of day, so will email you all directly. It’s hard for me to imagine us all sitting around not drinking coffee and eating cupcakes.

I would do just about anything for a cupcake right now. Anything? Yes, anything.