I was a very bad omnivore today. Breakfast was a cheesecake brownie (on the upside, it was from Brûlée) eaten with great guilt on the sidewalk in front of the gym I used to actually go to while waiting to cross the street. Honestly, why can so many calories be ingested in so little time? Then Mike brought me an ice cap, and later, fueled by panic and adrenaline over a looming deadline, I ate three chocolate chip cookies all warm and gooey from the oven. (They were for an event. Quality control is very important.)

Dinner was a Moroccan meal, the theme chosen by the highest bidders on me at an event to raise money for Brown Bagging for Calgary Kids. (Yes, I was auctioned off – tonight we coined the term “charity whore”.) I couldn’t have been sold to nicer people – they had nice friends, even, and made nice pomegranate martinis. I made a lot of things. Baba ghanouj, muhammara and fresh naan, Moroccan spiced olives, Spanikopita triangles, a Moroccan Vegetable Stew with Harissa Yogurt Sauce, spiced carrot salad, lentil-barley salad, grilled lemon chicken satay and a couscous salad I’ll definitely make again (except that oops – I just realized I forgot the cilantro); the couscous itself was quickly stirred into a simmering mixture of chicken stock, ginger, garlic, cumin, turmeric and cinnamon, along with a handful of raisins, then lidded and left to absorb all that flavour, fluffed with a fork and tossed with peppers, pea pods, cucumber, olive oil and lemon. Yum. 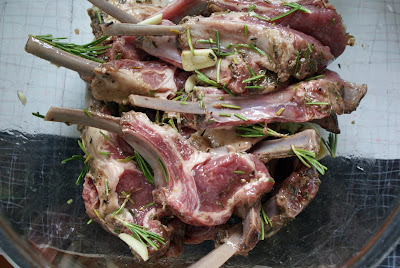 And lamb popsicles – a couple racks of lamb cut into chops, then doused in olive oil, lemon juice, garlic and bashed rosemary overnight and tossed on the grill for just a couple minutes per side. Dessert was my usual mini pavlova and spiced nut tartlets I made by using a butter tart recipe and adding chopped dates, walnuts, almonds and cashews and a pinch of cinnamon and nutmeg to the filling. And a pistachio honey cake that tasted a little too much like a sweet, gummy sponge, although everyone else seemed to like it.

No wonder I’m so bagged. And now it’s quarter to one AM, and I have to be up in around 6 hours to do some more whoring around.

I’m going to be lazy – one last bag of Pike Place Roast coffee and a $25 Starbucks card is up for grabs this week. (One of my very favourite things to get, come to think of it – fresh beans and free coffee!) Starbucks is very first on my agenda tomorrow morning. (Congrats to Aimee, who got a copy of Big Bad Bantam Rooster last week, and Carolyn who won some goodies for her no-knead bread idea, and Nancy who got a copy of the new Grazing.) Lets go back to posting what we had for dinner last night. (Unless you want to tackle one of W’s questions of the day: What do rhinos think?)

One Year Ago: Pizza and Chocolate Sorbet 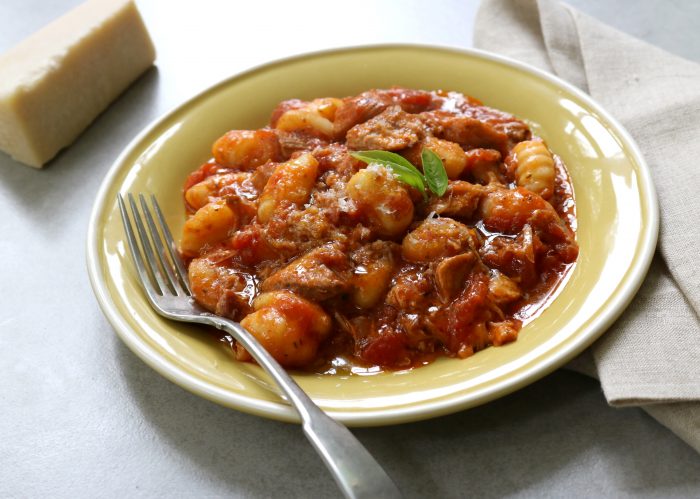 54 comments on “A Moroccan Dinner”

Best Bernie yet, from my friend Scott.