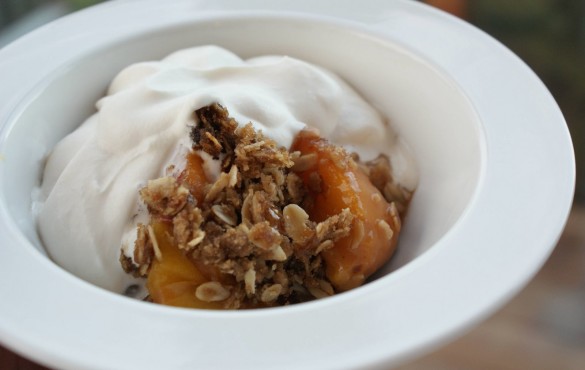 “Mom, I pooped in my wetsuit.”

Quote of the day, that. (Fortunately it came from Ben, who just ate some questionable poutine on the windy road between Ucluelet and Long Beach – ha! NOT MINE!) It spurred a top ten list of things you don’t want to hear your kids say, such as:

“Mom, Willem is pointing a hose in the house.”
“How do you get a pussywillow out of your nose anyway?”
“Those red berries by the porch – are they edible?”

We’re still working on it, but I’ll bet you guys have some to contribute. The rule is: it has to be something you actually heard your kid say.

Food has been plentiful. Have not yet made it to SoBo – an opportunity presented itself this evening, but a) I was wind-whipped and sandy and exhausted, and b) it was 7:30 on a Friday night during the height of July lets-visit-BC season. Am going to try to sneak in at some weird late-afternoon hour tomorrow for a late lunch/early dinner, and try my best to not eat up until then. 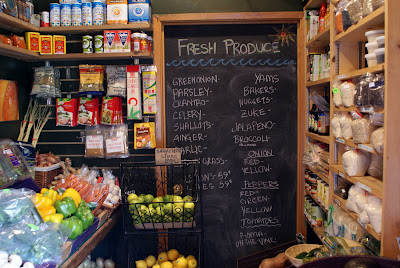 My sister has been buying peaches from the wee produce section of Beaches grocery all week. Each time she brought a bag home, they were consumed by the kids in under twenty minutes. Neither of us ever got any, save for a few precious juicy slivers snuck off the plates when we sliced them up. They were so divine that she went back this morning and bought an entire ($40) case, considering that between the ten of us we could easily plow through them at the rate we were going. We drove to Ucluelet to visit the tiny aquarium (if you haven’t been, I highly recommend it – it’s a one-room building packed with tanks full of marine life that gets plucked from the adjacent sea, and then returned every few months. Half the tanks are open so that you can pick up starfish and sea cucumbers – it’s like an ocean petting zoo). 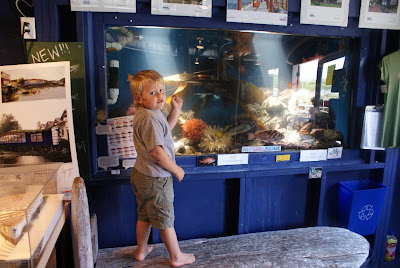 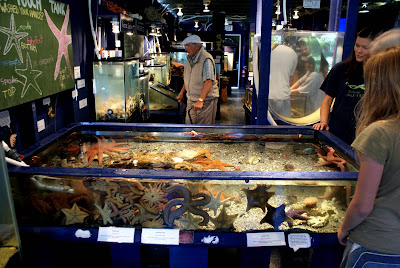 Then we went to Long Beach and opened up the peaches we had wrapped in towels for the trip. Woody and tasteless. And from California – the BC peaches come in next week. 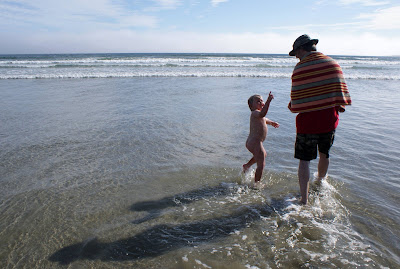 And we had a two-layer case of them. We turned about a dozen into a monstrous peach crisp, which we topped with whipped cream, sweetened with brown sugar. To do a crisp is easy, even when you have little more than a bowl and spoon, and even without access to measuring spoons. Thickly slice as many peaches as you want into a baking dish – without peeling them and without bothering to toss them with sugar, unless they are particularly sour. Keep in mind that fruit shrinks as it cooks, so it will seem like a lot of fruit, but cook down to almost half the quantity. For the topping, rub together about equal parts of butter (we used half butter, half canola oil), packed brown sugar, flour and oats – you can get away with using less butter or oil, particularly if it’s oil, which as a liquid will go a bit further. Whole wheat flour works great in crisps – its slightly nutty flavour and heartier texture is a perfect fit, and anyone who turns up their nose at whole wheat won’t even notice. I like a handful of sliced almonds too, particularly with peaches, but in a house of 10 that’s a matter of strong opinion. 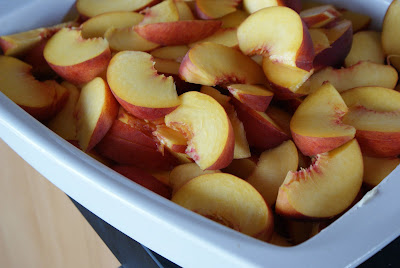 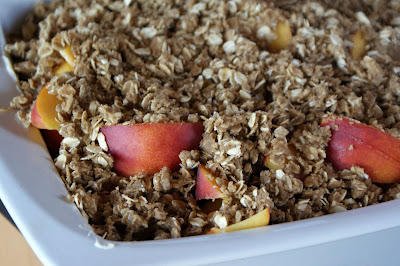 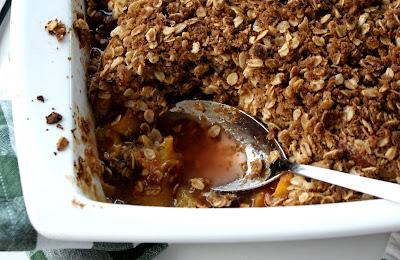 Bake at 350F for about an hour, until bubbly and golden. We served ours with liberal amounts of whipped cream, sweetened with brown sugar.

One Year Ago: I ate at SoBo!