For the boys, anyway. Uninspired but wanting to get rid of the wad of poorly arranged chicken thighs from my freezer, I skinned them and threw them in the slow cooker with a carrot, celery stalk, red pepper, lots of garlic, chicken stock and a couple handfuls of lentils and barley. The dry beans and grains absorbed almost all the liquid – almost like I planned it that way – but I couldn’t give the ratios here; aim to have the liquid come about halfway up the chicken, make sure the dry stuff is stirred in rather than propped on top, and you’ll be fine. 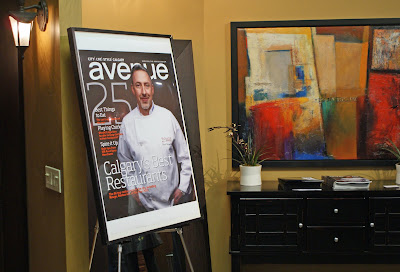 As for me, well, Chef Giuseppe Di Gennaro from Capo cooked for me tonight. There might have been some other people around too – I didn’t really notice. It was the Avenue Magazine Food Awards, where they revealed the much-anticipated March issue (and Paul is on the cover! Yay Paul! Yay Rouge!) which is famous for its list of the Top 25 Things to Eat in Calgary (by Cinda Chavich) and the city’s best restaurants, by vote. Rouge was named Restaurant of the Year and Capo once again came in as “Worth the Splurge” (it’s worth getting yourself a sugar Daddy – or sugar Momma, whichever the case may be). And so to celebrate, Giuseppe came to make us fresh ravioli: 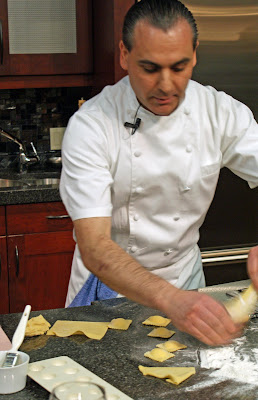 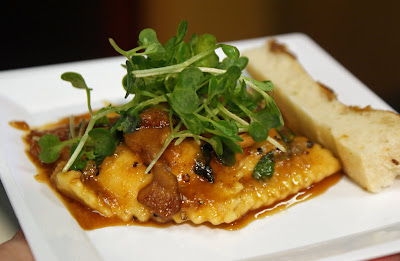 (I think my knees just went weak typing that. And I’m sitting down.) They were made with fresh pasta of course, stuffed with mascarpone and ricotta and doused in some sort of pure meat heaven reduction. I did get the recipe but I’m not going to even bother relaying because I can’t imagine it could possibly hold a candle to going down there and having them make it for you. And it looks like it requires a lot of dishes. 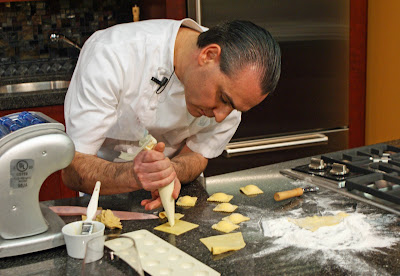 As for the rest of the list, I could hardly relay it all here – but Avenue hits the stands any day now.

9 comments on “Braised Chicken Thighs with Lentils and Barley”