I went for elevenses today; real elevenses – not reheated coffee with coffee skin and stale peanut butter toast. Pierre made me crumpets. I know! For real! Crumpets! Only the very best butter transport system ever created!

OK, they might not have been exclusively for me. He was testing them for what I hope will be a book someday. (Just now it’s an idea. A really great idea that I must keep to myself like a juicy secret.)

Crumpets are made out of a wet, yeasty batter – thicker than pancake batter but thinner than bread dough – cooked in a hot skillet in crumpet rings (or cookie cutters, or cleaned-out tuna tins opened on both ends) until they’re set enough to flip and cook until crusty gold on the other side. Why pancakes and waffles are so commonly made on Sunday mornings but crumpets aren’t I have no idea. It’s totally unfair. Maybe I’ll go to the UK and ask them. Over crumpets. 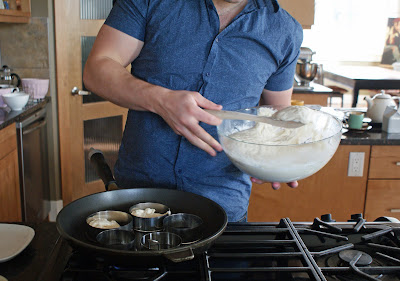 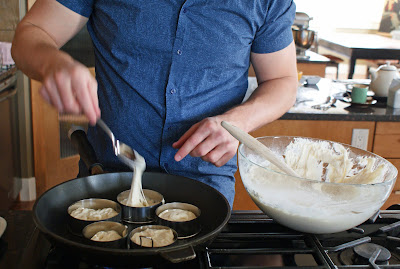 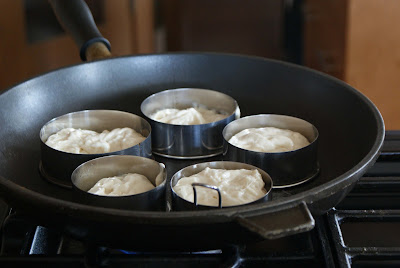 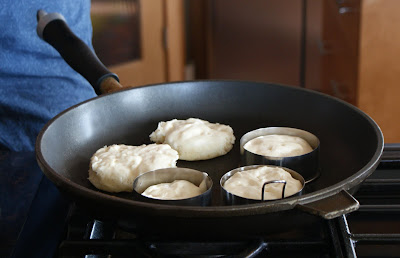 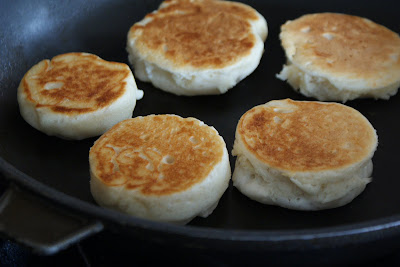 The recipe isn’t quite done yet. Pierre deemed the batter too sticky. They were quite fabulous, even without the holey moon-surface typical of a true crumpet.

This recipe, from Tea and Crumpets by Margaret Johnson, looks promising. I am such a huge fan of crumpets – with butter and honey, or Lyle’s Golden Syrup – now that the seed has been planted I’ll have to give them a whirl one weekend.

These were washed down with tea, and adorned with marmalade, jelly and lemon curd. Also – macarons made by Candace, evidence of new skill honed by their macaron class in Paris last month. Chocolate and cherry. Spiffy, non? 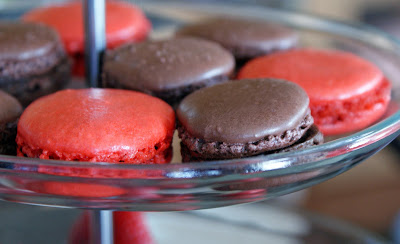 I move that we bring back elevenses. Anyone second the motion?