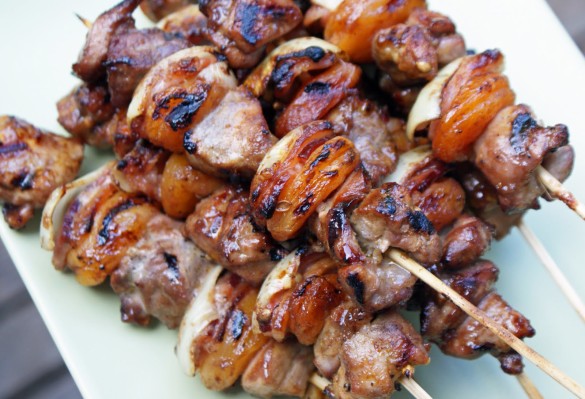 So hey, yes, I’m still here. It seems we have some catching up to do. The past week has been more of a blur than usual – I’m happy to announce though that the as-yet-still-unnamed bean book has been jettisoned off to the publisher. I’m pretty sure we got everything in there. We hit send just after 11 on Monday night, having been up since 4 am to take over traffic duties on the Eyeopener that morning, and having accidentally, prematurely and sleep-deprivedly sent an incomplete manuscript about six hours earlier. I’ll spare you the details of those six hours. I’m not sure I remember them anyway.

At some point my friend and neighbour brought over a bag of cheese buns from Glamorgan Bakery, just because. Bless her. 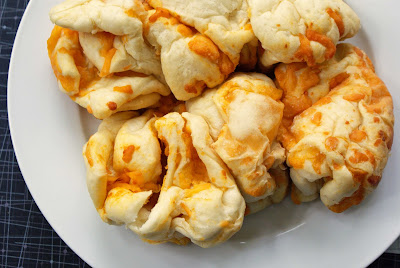 Yesterday morning on CBC we talked about South African street food, which is something I admittedly knew very little about – it turns out South Africa is quite known for their street vendors, so it’s a particular shame that they aren’t allowed to sell their wares within a 100 meter radius of the soccer stadiums. (World Cup official sponsors have exclusive rights – that’s the way it tends to work. Here in Calgary, locally-produced MacKays ice cream is finally making it onto the Stampede grounds (they’ll be in Weadickville) for the first time, having not been able to get on in the past because Breyers had an exclusive contract. Now if they could only get into Heritage Park…)

Food prepared and sold from carts and catering trucks is really becoming the new thing, especially in larger cities in the US – even out in BC – I may have to hit the road and do some research, don’t you think? LA in particular is a hotbed for food trucks, but recently the first bustaurant opened – a converted double decker bus – selling South African street food.

Sosatie (pronounced: ‘soss-sartie’) is a kind of grilled meat on a stick – similar to satay – it fits right in with the Southern African love of barbecue (referred to as “braai”). I came across this recipe made with marinated chunks of pork tenderloin and chunks of lamb, alternating with bacon pieces and whole dried apricots. I swapped chicken thighs for the lamb, and streamlined the whole marination process. Everyone went mad for them. The marinade (which is then cooked down and brushed on as they cook on the grill) seems involved, but isn’t really. 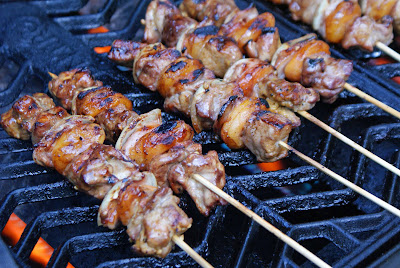 Tony’s Pizza and Culina in Edmonton

22 comments on “Pork and Chicken Sosatie with Apricots & Onions”