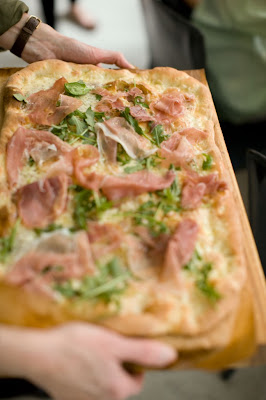 First off: I may have been a little cranky when I wrote my last post. Sorry. If driving under the influence of sleep deprivation is akin to being intoxicated, blogging under the influence must apply, too. I hope I didn’t make Mike sound like a bad person, which I hope you know he’s not, just because I had to get up early on Mothers’ Day. I was just feeling a little humphy about it all.

I have some cool stuff for you, but I’m scrambling today to get some photos done and uploaded and stories in to my bosses at Parents Canada, who are laying out the summer issue to go to print imminently and waiting on me to get my stuff in. And we leave early tomorrow (as in, 5:30 am) to take our trip on the Rocky Mountaineer! Which I’m very excited about. I’d be more excited if the first proofs of the bean book hadn’t just arrived, and wasn’t due to be edited and returned by Friday. Guess what I’ll be doing on the train? 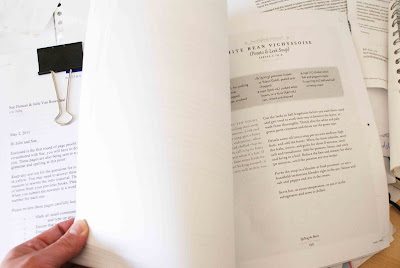 And so when the folks at Gourmet Live (yes, that Gourmet – I miss it so – only live) offered up a guest post, I figured all the cool kids are doing it. Besides, the links are from Gourmet’s special edition Italian Kitchen, which coincidentally I bought to bring to Tofino in March, and mostly read in the tub.

So this is by Maddie Donnelly of Gourmet Live. The photos are by Chris Gentile. It’s pizza and kids – right up my alley. And the pizza looks pretty fab for grown-ups, too. 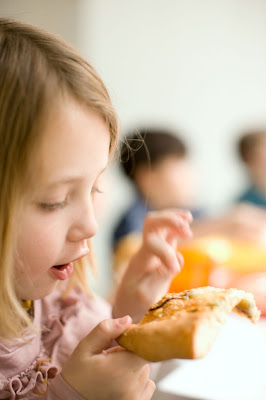 For parents who end up throwing a frozen pizza in the oven at least one night a week to feed the fam, we have some exciting news.

We put five of the pizza recipes from the new Gourmet Italian Kitchen magazine to the test. But rather than asking food critics or chefs for their ratings, we checked in with the tiny people whose opinions often matter most when it comes to home cooking: Kids. And the results astounded us.

The winning pizza, handily beating out even a classic mozzarella and tomato version–and given loads of “Awesome!” votes for taste—was Gourmet Italian’s Pizza with Fontina, Prosciutto, and Arugula.

We went light on the greens but didn’t hear any complaints there either. As 7-year-old Franklin told us, “It’s awesome! And I didn’t even have to take anything off of it!“

“He’s only in his life ever had plain pizza,” one of the moms said, referring to her 6-year-old son, whom she has dubbed “Picky Eater Iain.” “We had a talk about trying new things last night, but I never thought he would. This is a big breakthrough.”

For a breakthrough of your own, and a nice Friday night activity with the kids, opt for Gourmet’s Italian Kitchen’s fast, healthy, hit pizza recipe. Best of all, it only takes 30 minutes to make from start to finish. That’s even less time than a deliveryman can guarantee.

Dining on the Rocky Mountaineer, Part 1

8 comments on “A Kids’ Pizza Party with Gourmet”

I had some Christmas cards printed this year... th

Over the years, this has become my go to bread rec

I think we should start saying hunker down instead

I love how much you guys are into these mega buns-

Where I go when I can’t sleep.

Wow, you guys are super excited about this savoury