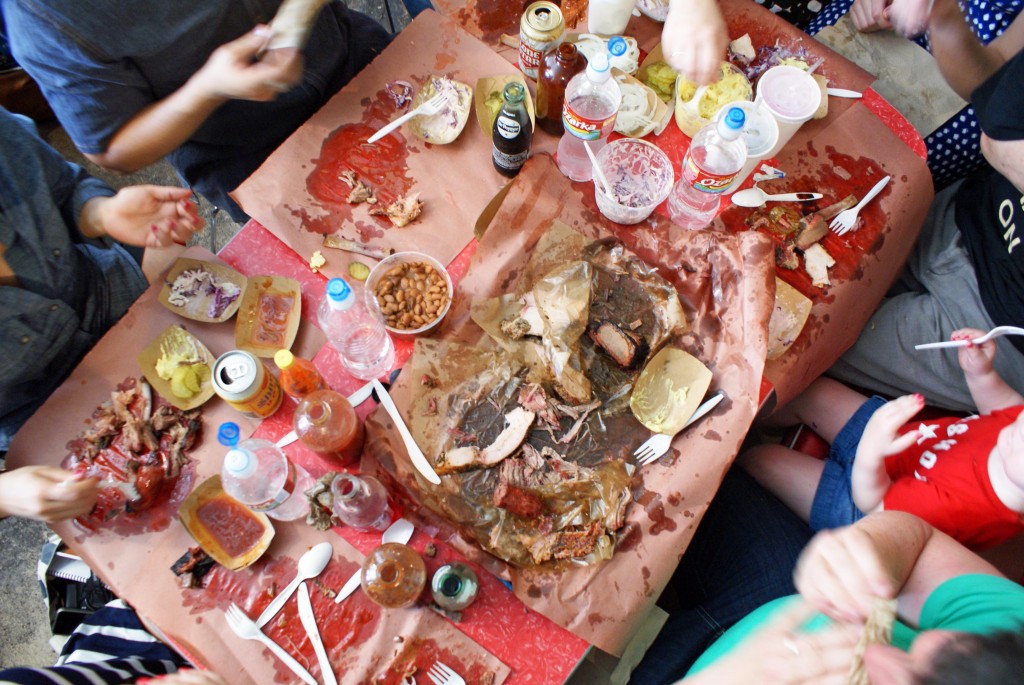 I vote we all go on a field trip to Austin for some barbecue. Or rather, all y’all should come with me to Austin for some barbecue. (All y’all being the plural version of the singular y’all, which I find crazy charming now. Especially when someone uses it in a sentence like this: “y’all haven’t tried Free-toe Pah? p-EYE is a mathematical term. P-AHH is the stuff you eat.”)

There was a lot of really great stuff in and about Austin, but I can’t fill you in on everything, so since my tired brain is strapped for adjectives anyway, I’ll focus on yesterday’s lunch. Because really, there are no words.

We went to get in line at Franklin Barbecue at around 10:30, on the advice of some locals who told us it opens at 11 and is generally sold out by 1. Go early. You won’t regret it.

If you go with 8 brand-new friends, the wait in line isn’t so bad. 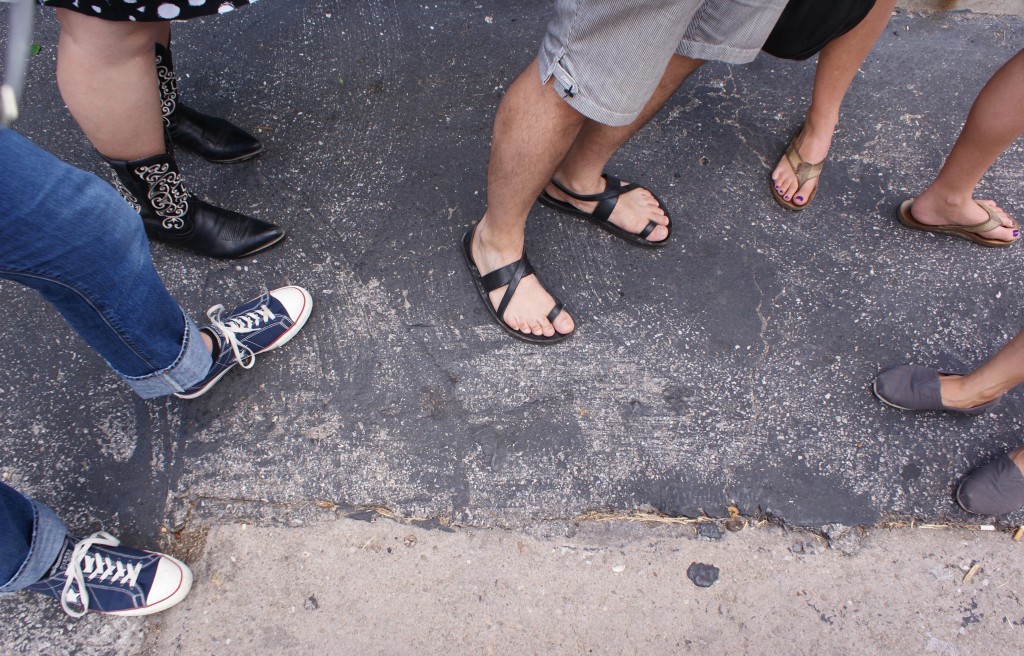 And when they open the door and you wind through the building, exposed to the smell of that barbecue as you pass the people from the front of the line just sitting down at their tables, newly heaving under the weight of pulled pork and brisket, it’s like food foreplay. 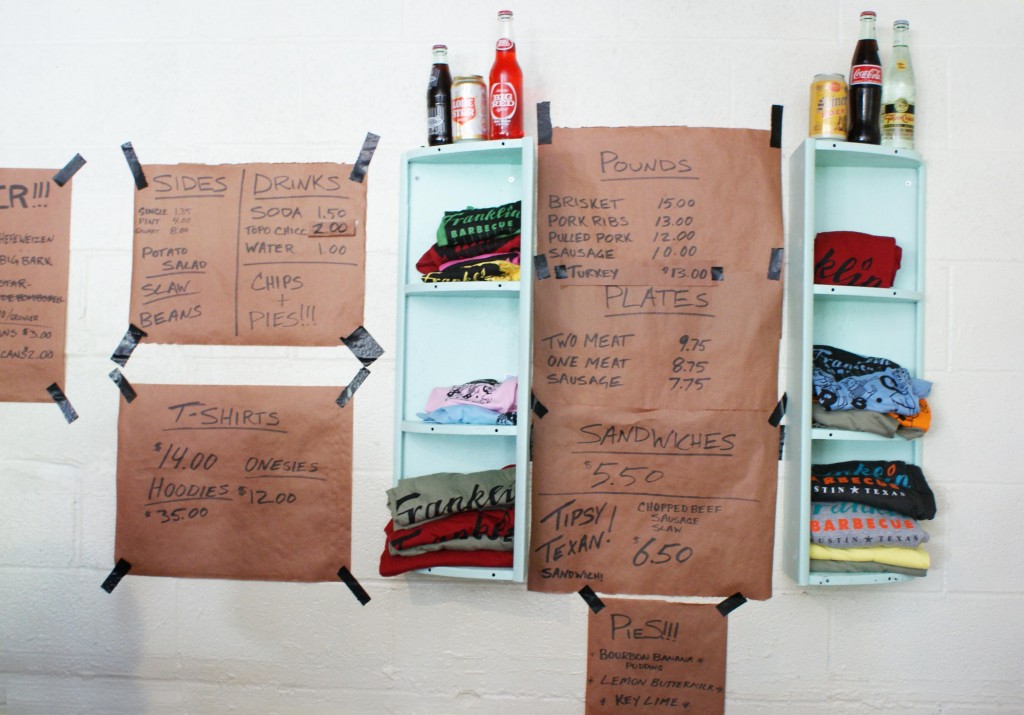 It’s just that much better once you get to the front of the line. But then you have to choose. 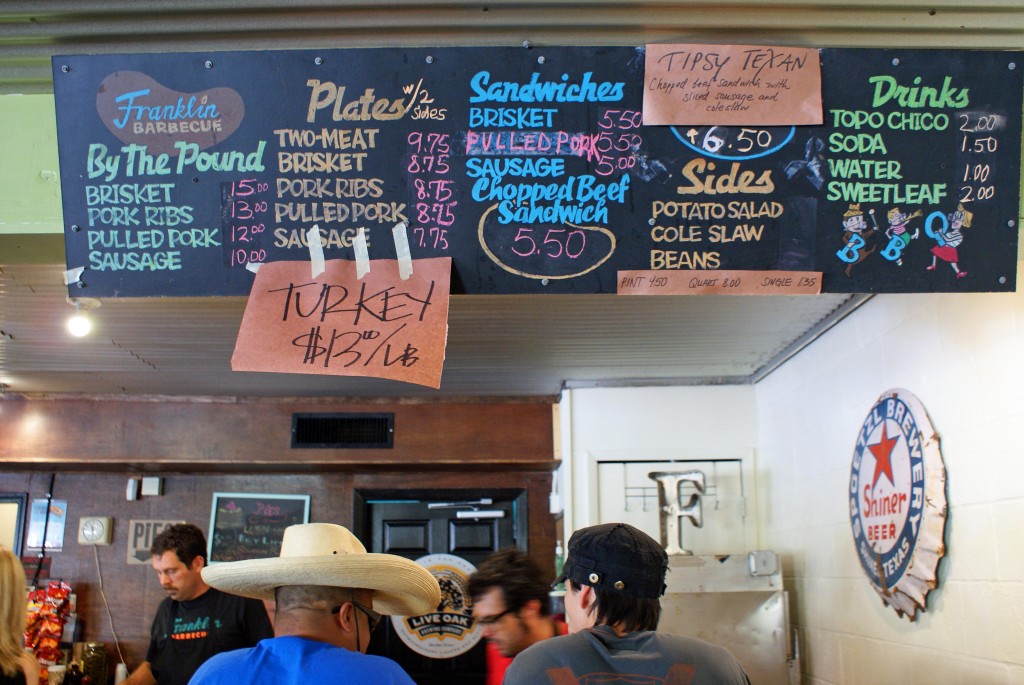 We bought a pound each of the meats – plus a little extra brisket – and some sides. Butcher paper instead of plates. Paper towels instead of napkins. 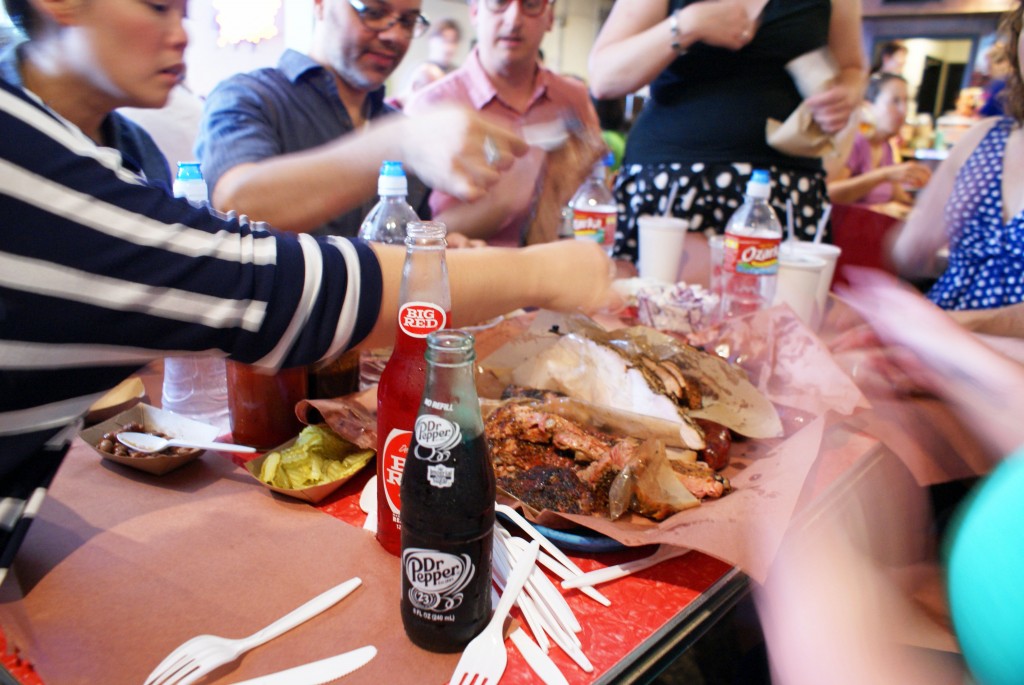 The brisket was unreal. The pulled pork and ribs and spicy smoked turkey were close to it. The sausages dripped down my chin like warm peaches. They had something called Big Red, which tasted like red sugar – cream soda-y and bubblegummy – and authentic Dr Pepper, which is apparently a Big Deal and hard to come by. I had to run out early and check out of my hotel, and forgot my bottle, ice cold and covered with condensation, on the table. I’ve been pining for it ever since. (And the brisket. Oh the brisket.)

Austin was never on my radar, and certainly not on my mental list of food destinations – but now I’m plotting a way to get back. Perhaps at a time of year when it’s not over a hundred degrees. At least next time I’ll remember to not bring only one pair of dark, heavy, fully-enclosed leather shoes – my feet are currently weeping with joy over their reunion with flip-flops. The rest of me is weeping with joy over the memory of what in my mind was perfect barbecue. So worth the pilgrimage.

I wonder what their pie (read: p-AH) is like.