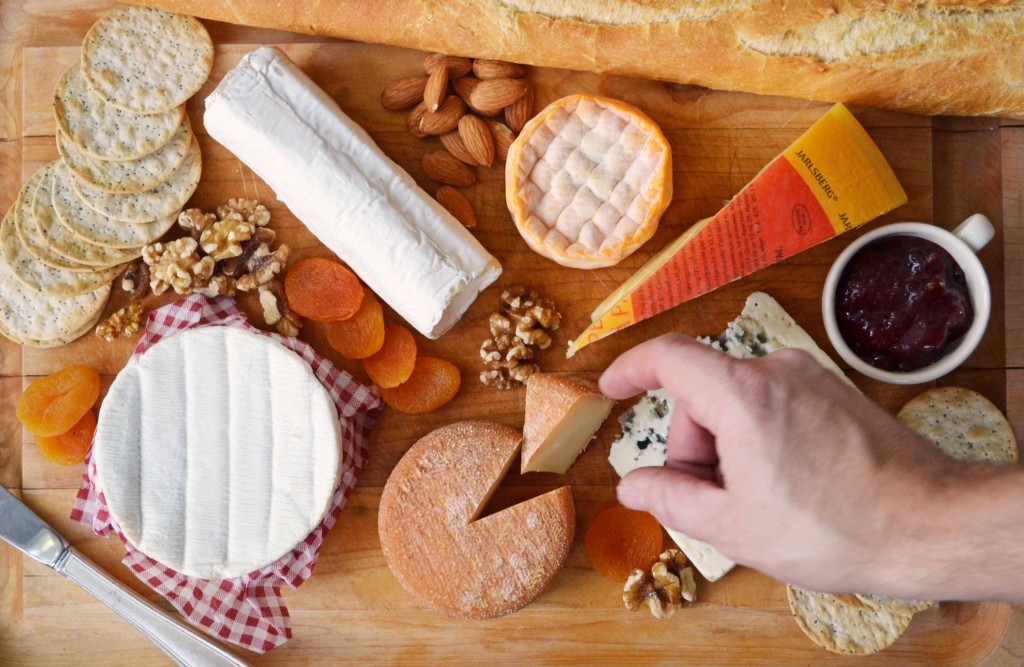 It’s a good day today. It’s the day I get to kick off a week long giveaway, in which every single day I get to stalk someone down and thrust into their hands an enormous box of cheese, tied with a bow. That’s right, for an entire week, right up until Christmas Eve, I’ll be committing Random Acts of Cheese! Except that they won’t totally be random – I’m not Ellen DeGeneres – although I kind of wish I was… no, in this contest, you get to choose someone who you want to win. Get it? And then it’s a surprise! It’s all about giving, and cheese, and making people happy when they least expect it. And what could be more happy-inducing than a surprise box of cheese? Not that there’s anything wrong with chocolate, but Pot of Gold is so 1986. 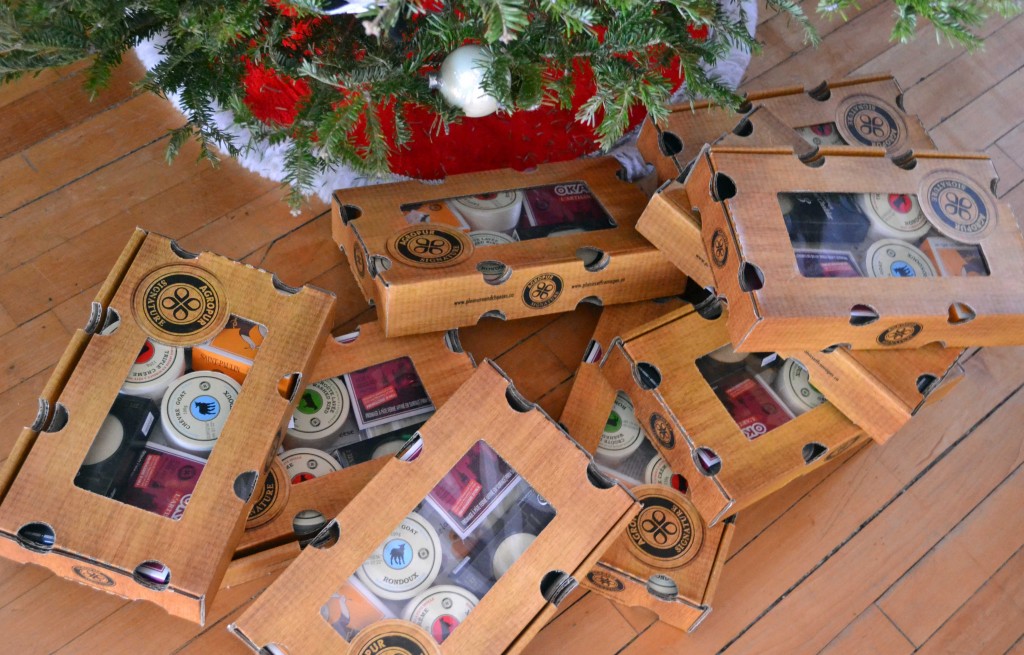 Check out all that cheese! (Yes, I moved it after taking that photo. Lest Lou think Christmas came early for him.)

Calgary Co-op was generous enough to contribute their Discovery Box of cheese for my crazy cause. Many of them. Yesterday I was like, “hey! We should surprise people at work and home and give them a box of cheese!” And they were like, “cool! how many boxes do you want?” They, like Mike, didn’t even question my crazy idea, but just jumped on board with it. 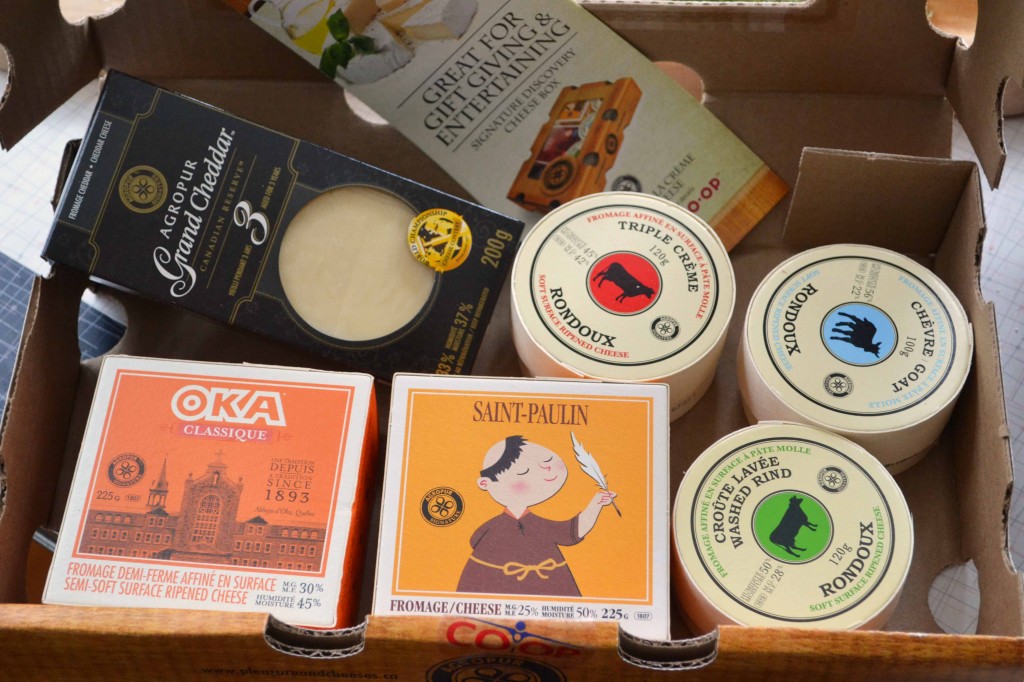 In each box you’ll find six cheeses – real ones, not wee sample sizes – Oka, Saint-Paulin, Rondoux Triple Crème, Rondoux Washed Rind Cheese, Rondoux Chèvre, and 3 Year Old Grand Cheddar. Add some wine and it’s a party in a box. (Truly – it’s what we’re starting our Christmas party with tomorrow night: open the box, put each cheese out on a big cutting board, fill in the gaps with crackers and fruit and nuts and chutneys and pickles, and you’re good to go.)

So here’s the deal: it’s not for you, it’s for someone you want to surprise with a Gift of Cheese. Fun! To enter, comment here and let us know who that person is and why they should get a cheese box. You can also enter on Facebook or twitter, by tweeting out who you want to win – just include @dinnerwithjulie or @CalgaryCoop, #randomactsofcheese or all of the above, to make sure we see it.

Every day – Saturday, December 17th thru Friday, December 23rd – we’ll pick one person, and deliver the cheese to them. I say we because Santa is coming with me. (If you’d like us to provide a spectacle with said cheese delivery, that can totally be arranged.) If we choose your winner, we’ll contact you for their coordinates – we’ll need to know where to find them. (They’ll need to be in Calgary, not that I wouldn’t love to fly anywhere to make a special delivery!)

Let’s do it!! Random Acts of Cheese!

94 comments on “Random Acts of Cheese!”