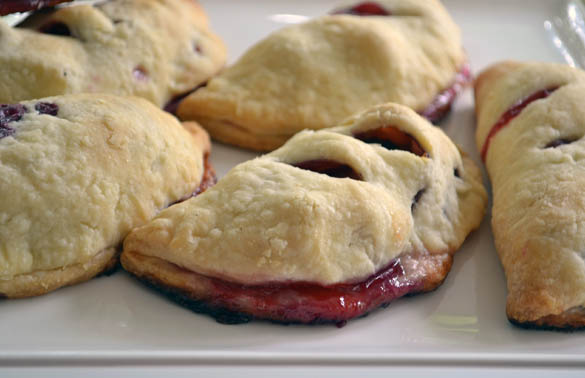 This post has taken me all week, and it’s hardly earth-shattering. It’s just been one of those weeks, a week of double-booking myself thinking that the week of the 20th is next week – isn’t it? It couldn’t possibly be half past June already.

There was a pie party this week, and I totally blew right past it. It fell to the bottom of the priorities list on a day that started with a totally impromptu stint on live TV – two spots talking about how to mix a proper Caesar, when the mixologist (who had flown in from Toronto) didn’t show up at the studio and I was the only one there (to set and style the food), wearing my gym shirt.
To recap: live TV. Gym shirt. 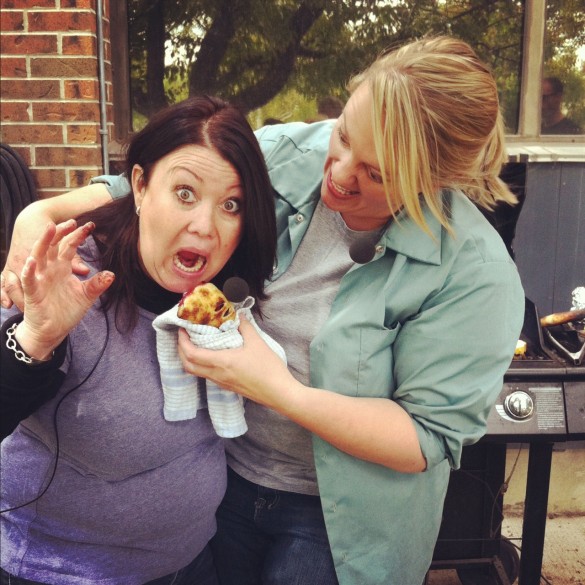 In the middle of a week of craziness was the highlight of it… I got to hang out and grill with Jann Arden. I totally did. And she’s every bit as hilarious and awesome in person. Can you tell? Obviously I’d never be mean enough to force-feed Jann Arden pie in real life. Not that it would ever be necessary – she seemed to have the same appreciation for food I do. Twinsies! 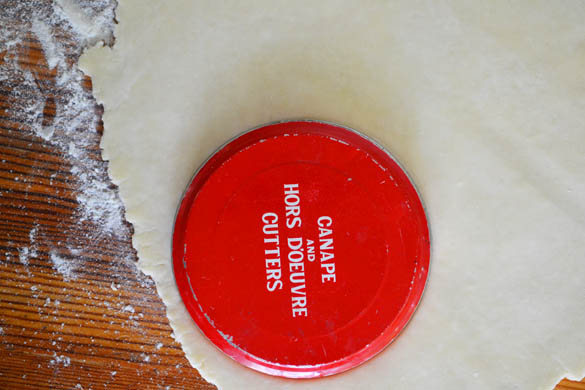 I admit I was panicked. I was cooking for Jann. I was meeting her for the first time. The kitchen looked like someone picked it up and shook it. I had a bunch of other stuff to toss on the grill, but I wanted to make pie. Pie on the grill. Totally possible, right? And so I made a batch of pastry, rolled it out, rummaged through overflowing drawers and cut it with the only thing I could find. The first batch I made with some leftover apple and peach slices I had sautéed in a little butter with brown sugar and cinnamon – this is worth doing intentionally to get rid of excess moisture out before stuffing the pastry. It will solve any runny pie problems, and intensify the fruit flavour. I chopped them up and added a big handful of raspberries. 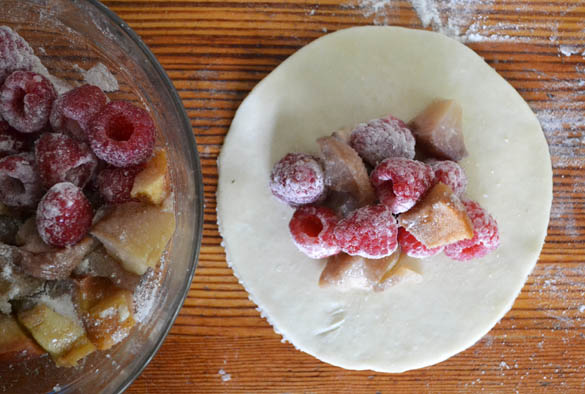 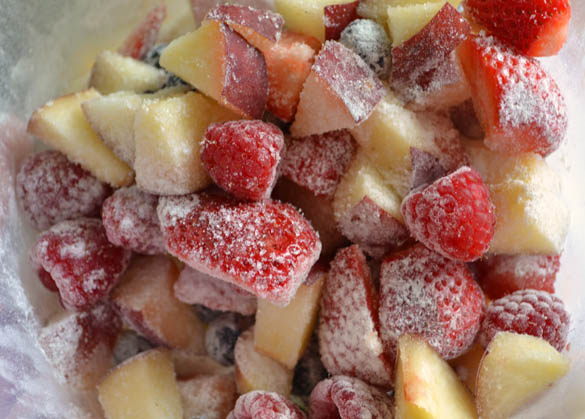 For the second batch I sliced a white peach (totally not in season yet, but required for a photo last week) and tossed it with a few raspberries, blueberries and chopped strawberries. I tossed over a handful of sugar and a shake of flour and tossed everything together with my hands. 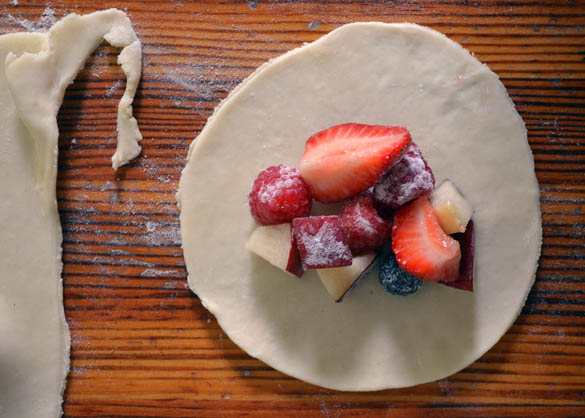 Pardon the photos – as I mentioned, I was in haste. Which means I totally winged it. You can, of course, make little hand pies using any kind of fruit filling – rather than roll the pastry and fit it into a pie plate, then pile in the fruit filling, you cut rounds and pile some filling into the middle of each, then fold it over and pinch it to seal, like a big peroghy. Cut slits in the top to let steam escape. 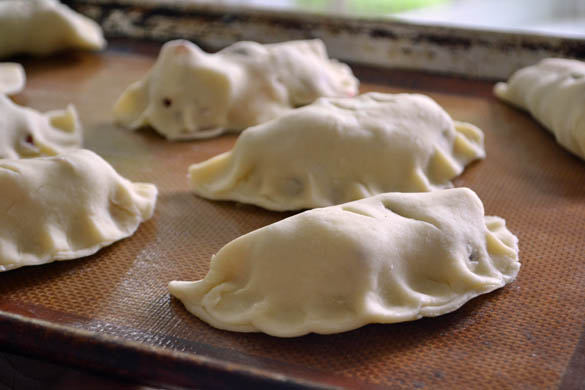 To bake them in the oven, place on a baking sheet and bake at 375F for about 20 minutes, or until the pastry is golden and the juices are starting to ooze out. To bake them on the grill, place them on a double thickness of foil and preheat your grill, with half the elements on, half turned off. 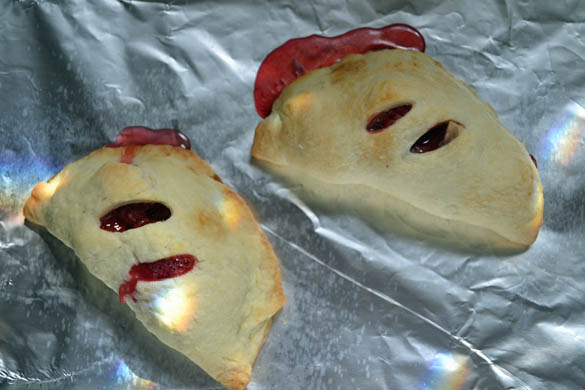 When the grill is nice and hot, put your pies on the side that’s turned off, and close the lid. This will trap the heat, creating an oven environment, and the pies won’t burn to a crisp on their bottoms. You can monitor the inside temperature with the thermometer on the outside, if there is one, and pretend you’re baking them. Check in on them often, but they should be just fine and turn golden and bubbly as if they were in the oven. If you want to give them a little smokiness, toss the remains of a plank on the hot side, and it will smoulder and infuse your pie with a little barbecue. This would lend itself well to peach pie, methinks. 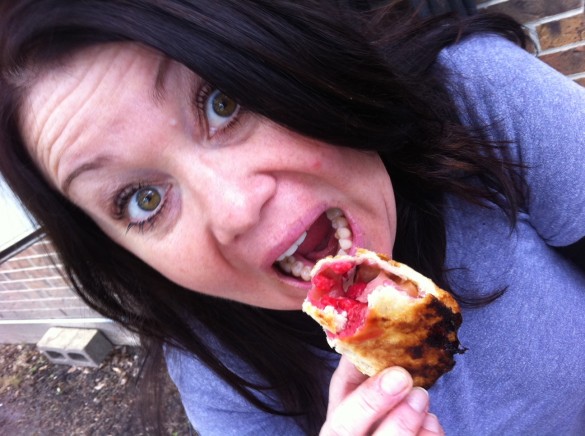 13 comments on “Apple-Peach-Raspberry Hand Pies (on the Grill!)”