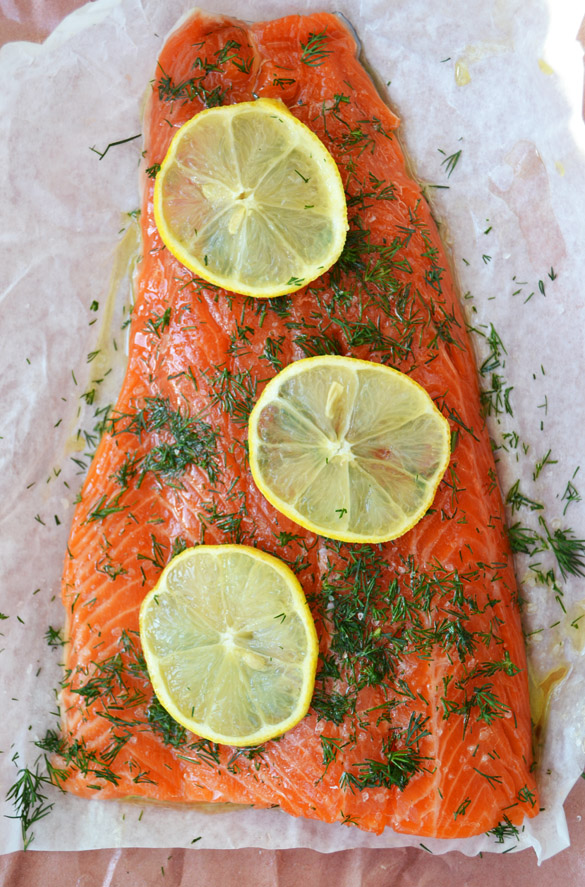 We went to Seattle for a few days last week for spring break. I had never been, and decided it was time to go, if for no other reason than to see something green growing out of the ground.

The morning after we arrived, the first thing we did was hit Pike Place Market – the original Starbucks, of course – very cool to see the original decor, and the lineup took no longer than any other Starbucks, although coming out it was already starting to wind down the street. 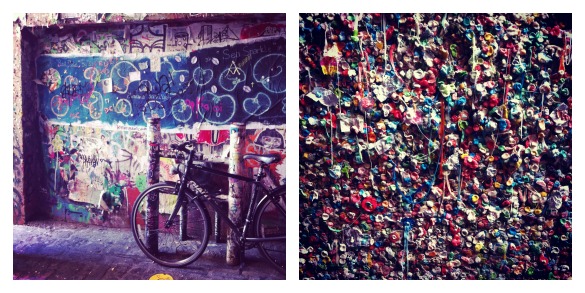 The market was – as the kids seem to be saying these days – totally beyond. Stall after stall selling tulips, overflowing their white buckets – a dollar apiece, or a dozen for $10. Curios shops, magic shops, book shops and candy shops, with a gum wall out one back door along a cobbled street for a dose of weirdness. (The gum wall is a back alley wall where people in line for the theatre started sticking their gum some years ago, and the concept stuck.)

Of course we milled about at the famous fishmongers, although despite all of our lingering, nary a fish was tossed. (We couldn’t very well buy any to prompt them to do their schtick, as our hotel room didn’t come equipped with a kitchen.) There was always one or two guys hanging out in front of the stall though, decked out in rubber overalls, talking to customers (or curious passers-by) about how to cook their fish. One of them repeated to half a dozen queries: “ten minutes per inch of thickness.” It was all it seemed anyone needed to know. No packaged food has an easier set of cooking instructions. 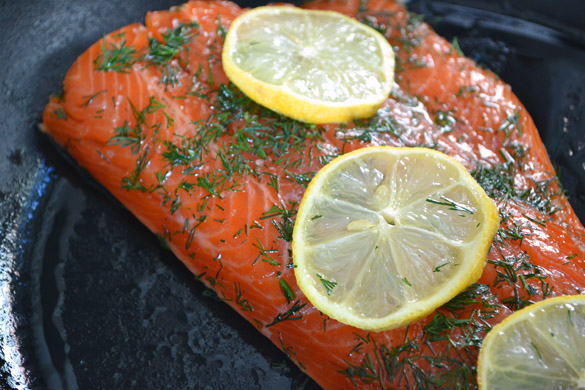 What you do to it before it goes into the oven is up to you. I happened to have a bunch of fresh dill, and so it seemed proper to chop it and scatter it over oiled trout (salmon could take its place) along with some coarse salt and thinly sliced lemon. Honestly, I think I was motivated by looks; W prefers fish baked with a smear of pesto, but it isn’t nearly as pretty. 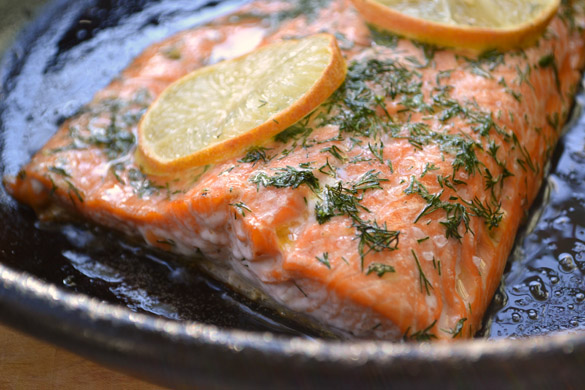 If you want to get the fish cooking from both sides at once, heat up a pan and slap it in, then slide it into a hot oven – I usually do 425F – for 10 minutes per inch. This took a little under ten minutes. 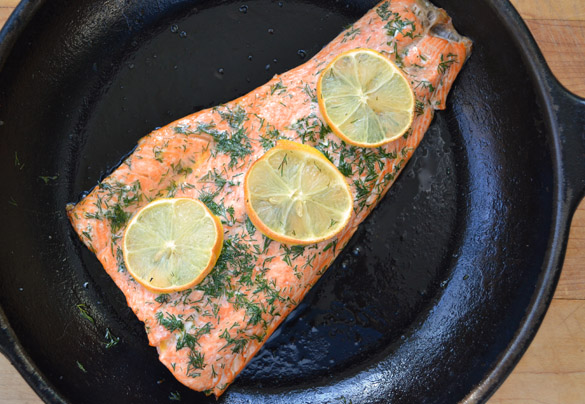 Done like dinner! I’d feel like I was back in Seattle if the forecast wasn’t for snow tomorrow.