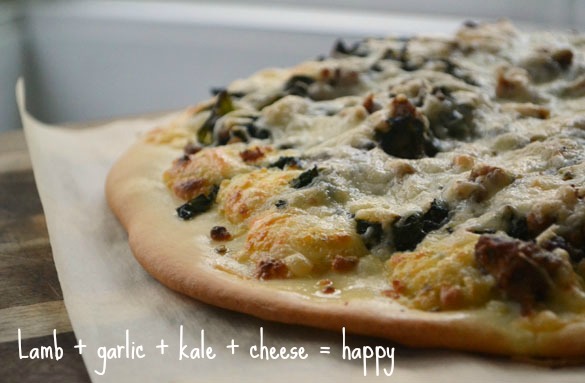 I know I make a lot of pizza around here, but you’ll want to bookmark this one, I’m told. We first had it about a month ago; it was a means of using up the last of the crispily cooked ground lamb I had used in a cassoulet on a night when we had just a tiny sliver of time between work and a school play. 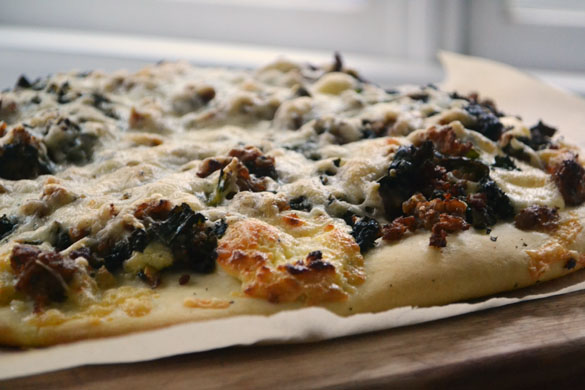 I rummaged around the fridge, using up bits of soft Boursin and goat cheese, and cooked up a bunch of kale. My sister took a bite and declared it the best thing she had ever eaten. I thought it was the tiredness talking – that eating it standing up in the kitchen as the boys got their coats and boots on to leave the house again somehow made it taste better. But I think it was really just that good. 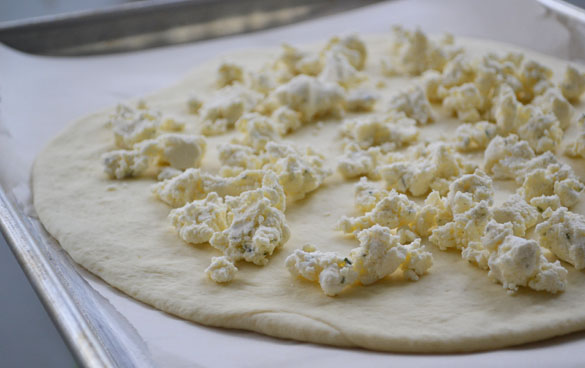 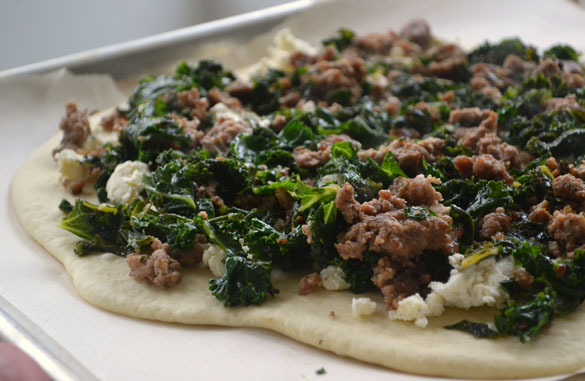 Just to see. If it’s actually the very best thing to eat in the entire world, it should be shared, no? 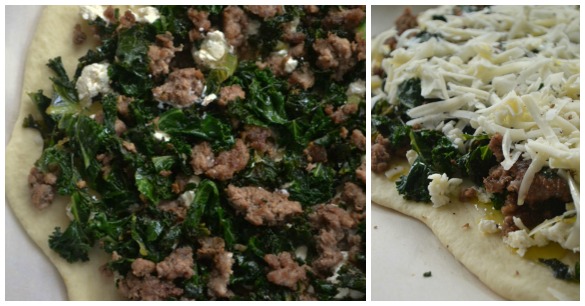 Here’s how you do it – because it’s a pizza, which is kind of like a sandwich, you don’t need precise measurements: for one big or two medium pizzas, cook about half a pound of ground lamb and a few big cloves of garlic (crushed) and a good pinch of salt (lamb loves salt) until it’s nicely browned and getting crispy. Move it out of the pan and cook a chopped bunch of kale until it’s soft and getting crisp on its edges. Drizzle some olive oil over rolled-out pizza dough, and crumble some Boursin and some soft goat cheese (or one or the other-or feta?) over top. Follow with the cooked lamb and kale. 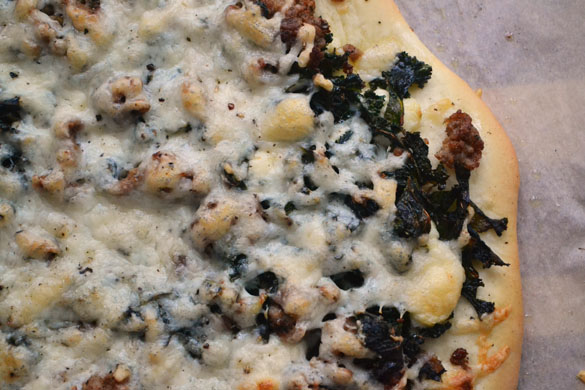 Sprinkle a big handful of grated mozzarella over everything – don’t smother it with cheese, just a light blanket – and bake at 450F for 20 minutes, or until golden and bubbly. Hello, Saturday night. 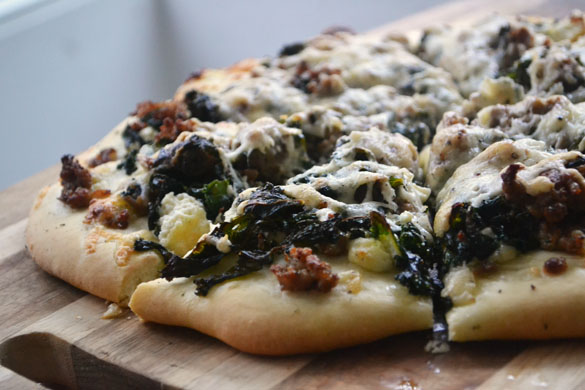 Tonight, curled up on the couch with nowhere to go, it was even better than it was standing over the stove. The boys asked why we kept making those weird (moaning) sounds. Mike professed his undying love for the pizza, turning to me intently and saying, “you have to write this down. No I’m serious. Tell me what’s in it. You have to remember this one. Let’s just only make this kind of pizza from now on.”

See, it isn’t all rainbows and lamb pizzas when you’re married to a recipe tester. But sometimes, it is. 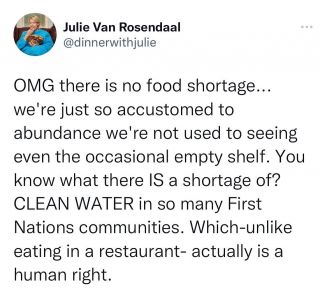 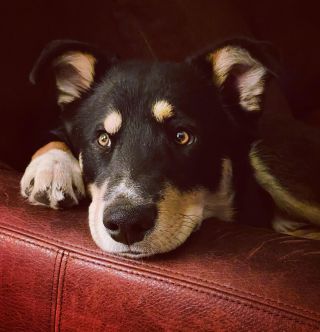