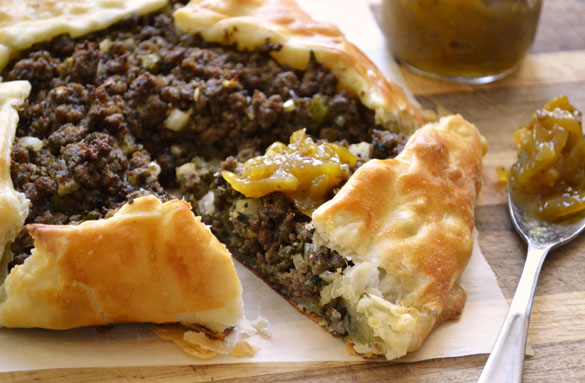 He has a shirt and a noun (or many), in lieu of a Nenshi action figure, why not a pie?

Generally in Calgary we gear up for Canada Day and Stampede, energy-wise – this year the city was tired, still collectively recovering from the floods and the muck when July 1st snuck up on us. (Or on me, anyway.) It was good timing, actually – everyone was in need of a little reprieve and celebration, and our mayor suggested we all take a day off and enjoy each others’ company. (Amid all this, one day upon seeing a photo of Nenshi on the cover of Avenue, W said to his cousin: “see that guy? He’s the principal of Calgary.)

Emceeing the festivities at Fort Calgary I got to talking with the chairman of the (Fort Calgary) board, who told me one of her family’s favourite meals is something they call Nenshi pie – made with the filling from his mother’s samosa recipe baked in a pie crust and served with salsa or chutney. 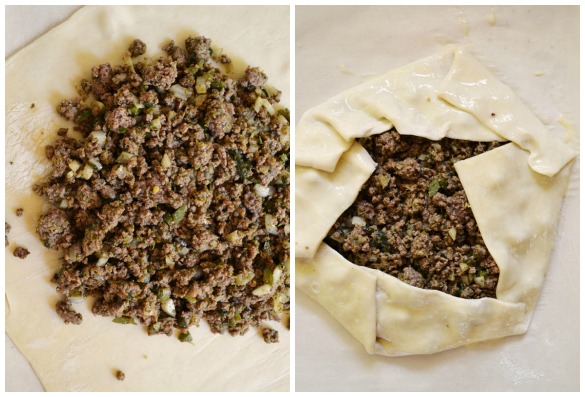 Brilliant, don’t you think? It’s sort of a dry (in a good way), flavourful east Indian-inspired meat pie. I tried it – made as a free-form galette – and ate most of it by the sliver with my fingers, standing at the counter. Much of it with spoonfuls of green tomato chutney from the market. 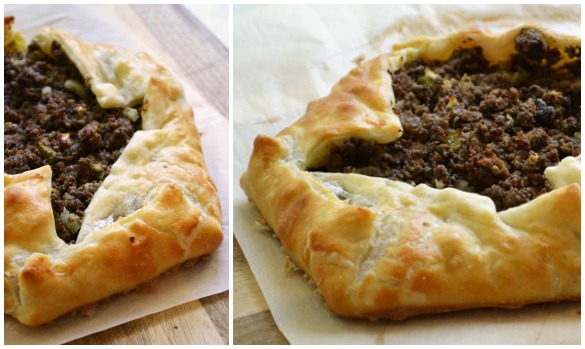 A galette is easy, especially if you start with that puff pastry you just thaw and unroll; it can be a circle or a square or an oval, and so long as the edges fold over the filling somewhat, creating a pastry berm to enclose the filling, you’re good. The more haphazard it is the more endearingly rustic it is. 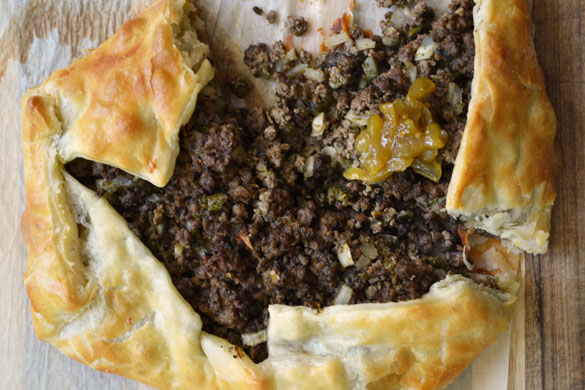 A Nenshi pie, unlike most samosas, is delicious hot, cold or somewhere in between – perfect for picnicking now that the water has receded and the sun has come out. (Mostly.) Begin with traditional or puff pastry for a single or double crust pie; use a proper pie plate and cover the filling with a top crust, or make it free-form. (The filling isn’t exactly the same as the family’s traditional recipe, but more a streamlined version – feel free to take liberties according to what you have in your kitchen or what you’re willing to go to the market for.) 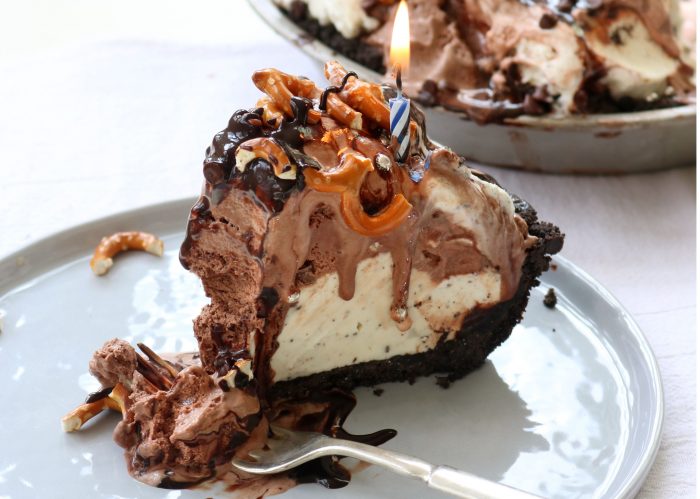 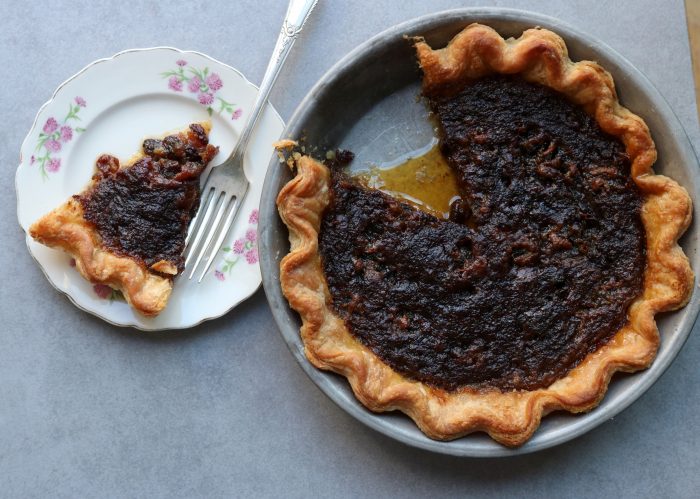 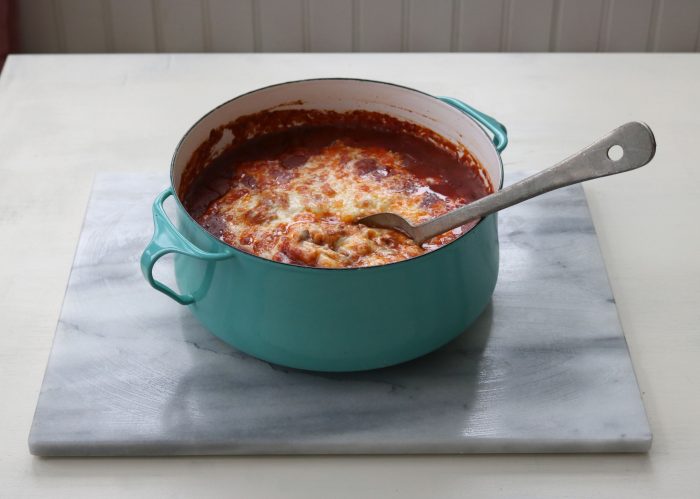