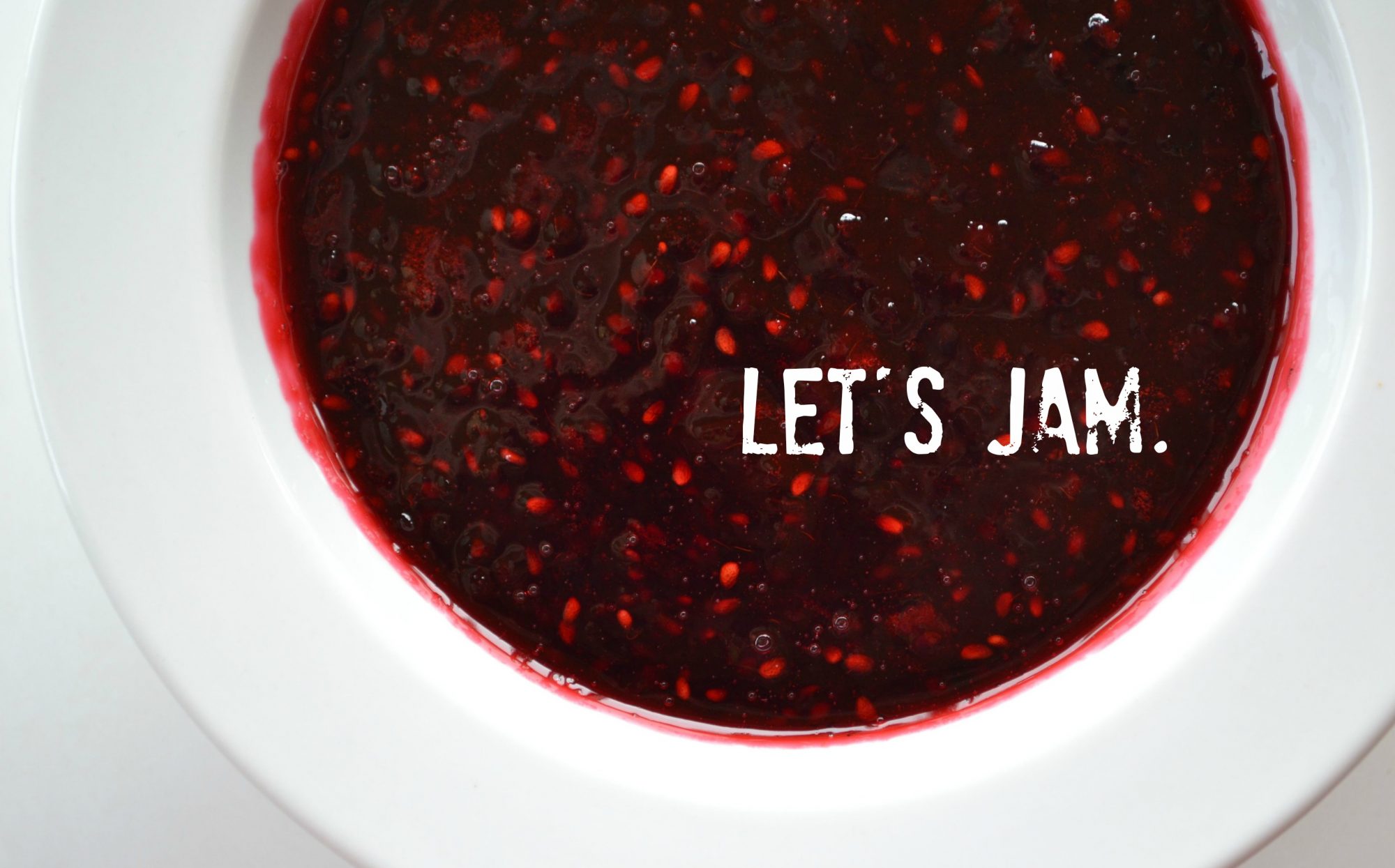 As I’m fairly certain I’ve mentioned here before, not many things make me as happy as berry-picking.

When I noticed that we had, for once, stuck around Tofino long enough in August that the tangled blackberry thicket at the corner of Main and Fourth was starting to bear fruit, I grabbed one of the ice cream buckets stacked outside the Sugar Shack (the sign reads: “free ice cream buckets! lids make great Frisbees for your dog!”), which in the past we’ve used to corral crabs, and crossed the street, the Alberta girl in me wondering how everyone in town wasn’t over there with a bucket. Don’t they realize the street value of a punnet of fresh blackberries? 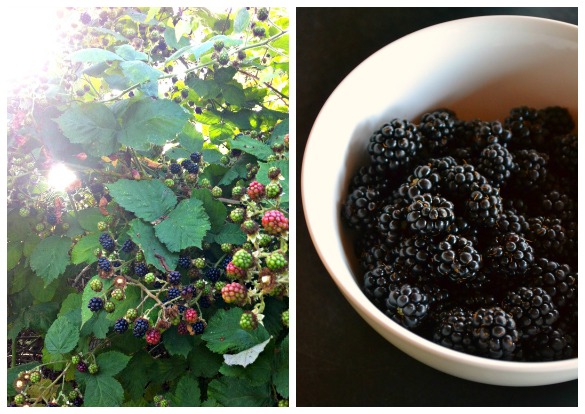 Part of what I love about blackberry picking, besides the fact that – hello, they’re freebies! – is the element of danger. Years ago, when we lived in Vancouver and would drive out to UBC to spend the afternoon in pursuit of wild blackberries, we’d joke about investing in full-body chain mail so that we could walk directly into the middle of the thicket. Blackberries lure you in with their round, juicy drupulets, then snag your clothes or skin with their thorny tendrils and won’t let go. Leaning in for a plump berry that’s just beyond your reach while pulling in every other part of your body in an attempt to avoid being scratched or gouged is its own form of yoga.

(Huckleberries, on the other hand, are far more welcoming, but the fruit, like tiny pink-red seedless cherries on spindly branches, is far more dispersed, so while there is no danger of drawing blood, you have to pluck one at a time to get enough to do anything with. Which is why most often I make huckleberry-otherberry pies, crumbles and jam; tiny and tangy, huckleberries accessorize stone fruits and other berries well.) 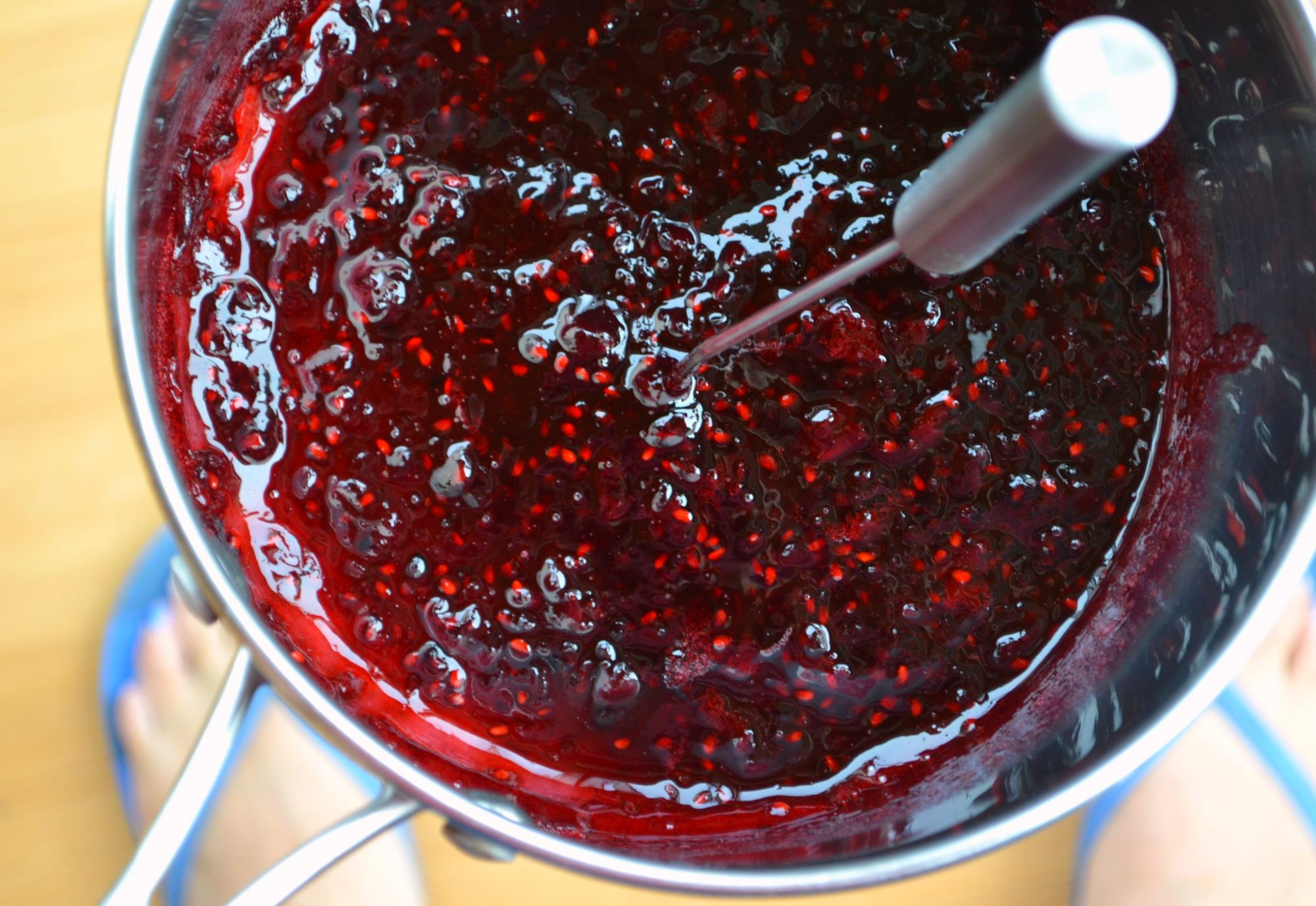 Whatever it is I manage to forage, most often the fruits of my efforts come home to be turned into pies, crumbles and jam; the former tasting as much of summer as Tofino feels, the latter being the easiest way to transport that flavour back to Calgary and dole out on toast as the weather starts to cool again. Normally I’d toss whatever fruit I happen to be inspired by into a pot with some sugar and cook it into jam; this time I referred to Marisa over at Food in Jars for some direction, and came across a blackberry-apricot combo that was too alluring to pass up. 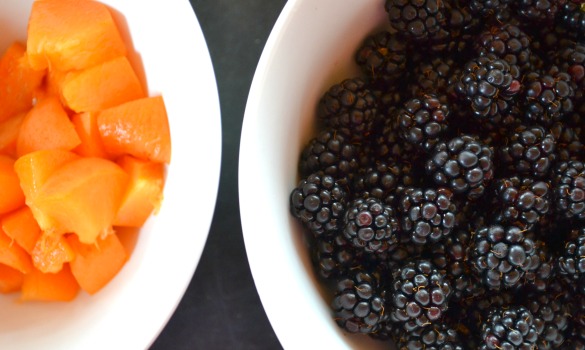 I chopped the two ripe apricots that happened to be in the fruit bowl and simmered them with twice as many blackberries and about half as much sugar until they turned into thick jam with the smooth, round, floral flavour of apricot offset by the thrill of blackberry.

I have an ulterior motive: to make a batch of Dorie Greenspan’s trademark cookies, jammers good enough to name after her cookie company, Beurre & Sel. Not just any jam will do here; I wanted something multi-dimenstional, sweet-tart and complex, chunkier than the (lovely!) chokecherry jam that came with us from home, and more sincere than something store bought. 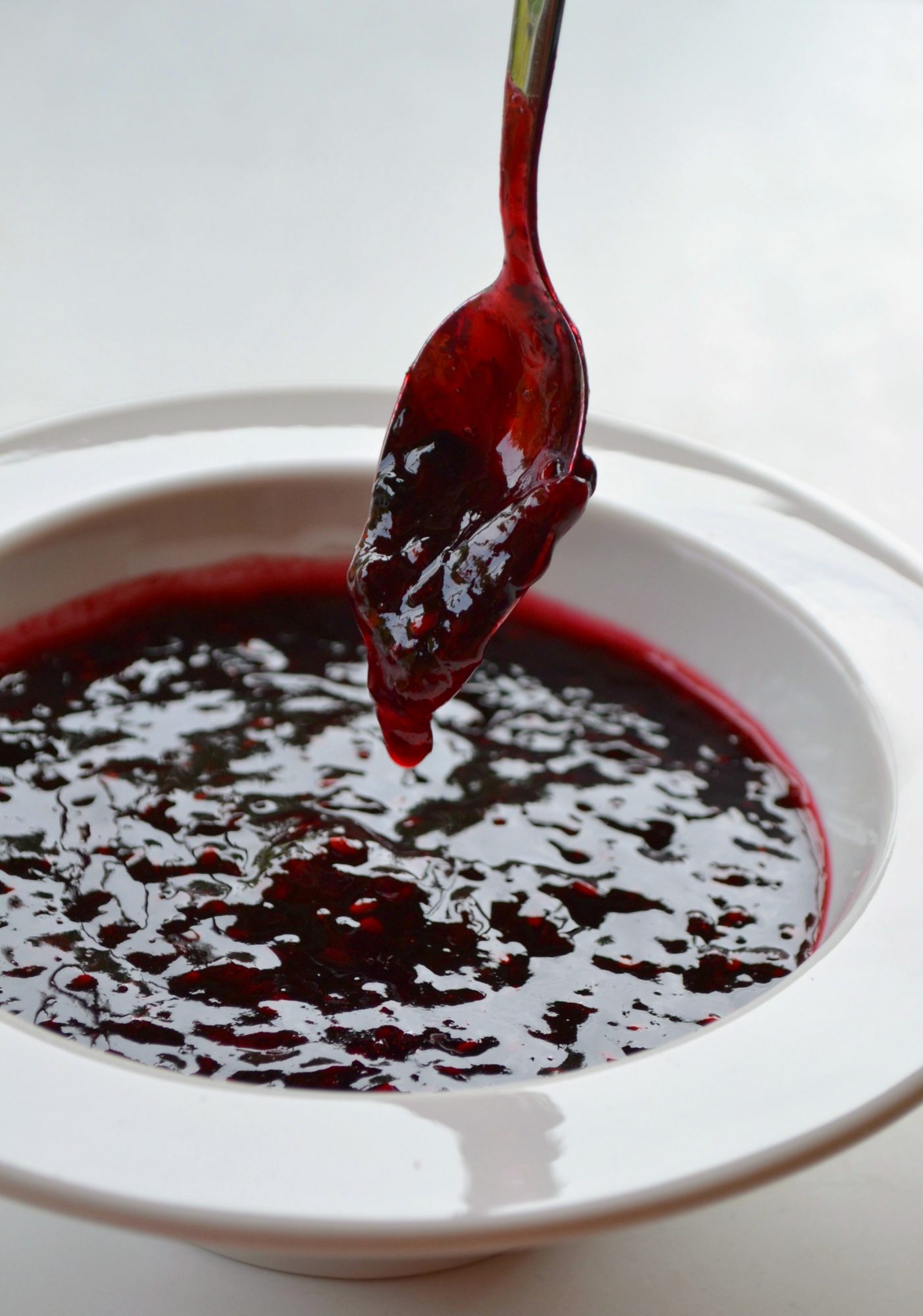 My two apricots and about two cups of blackberries made a small cereal bowlful of jam – enough for plenty of toast, two dozen substantial cookies that could easily be called tarts, and enough to keep us going for the rest of the week – or at least a few days. You don’t need vats of berries and enormous stock pots to make jam. These fresh blackberries and diced apricots, with their skins, were mashed in a saucepan with almost as much sugar as the full quantity of fruit. Stir/mash with a potato masher as it simmers – it should take 10-20 minutes – and as it transforms into jam, it will thicken, the bubbles slowing as they grow and break in the pot. 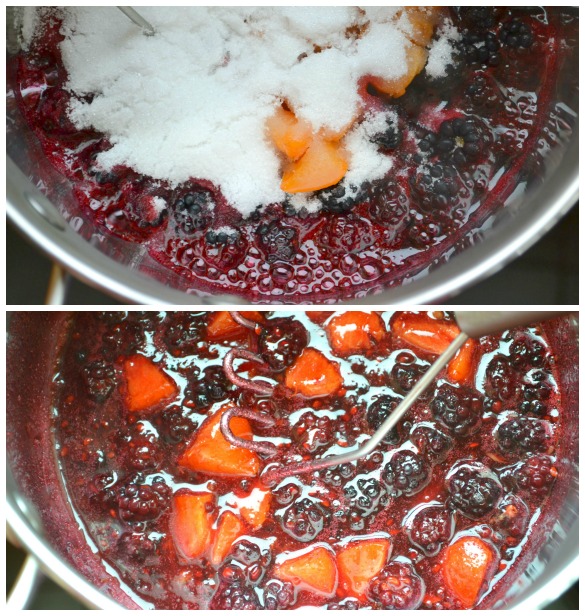 You will know it’s jam when it looks like jam – no need to put a saucer in the freezer for the wrinkle test – it will thicken in the pot, leave a trail behind your spoon or potato masher, and resemble what you imagine hot jam would look like, because that’s what it is. 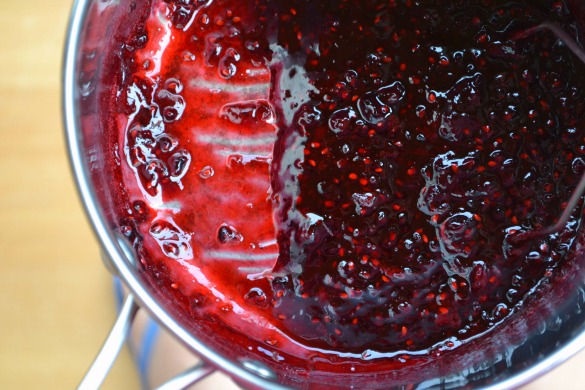 It’s best if you let it cool a bit before spooning onto your toast; a small batch will live in your fridge or on your counter as needed, and not require the added pressure of properly sealing in jars for long-term storage. Just make sure you save enough to make a batch of cookies. (Recipe to follow!) 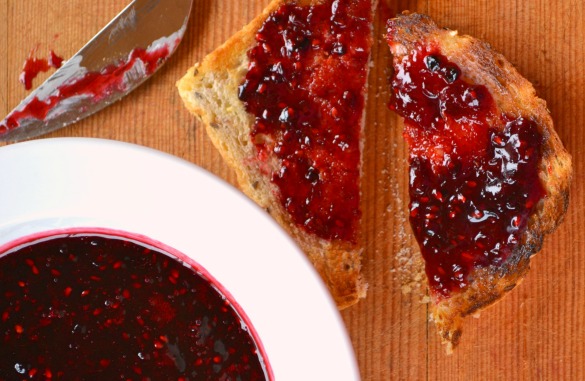