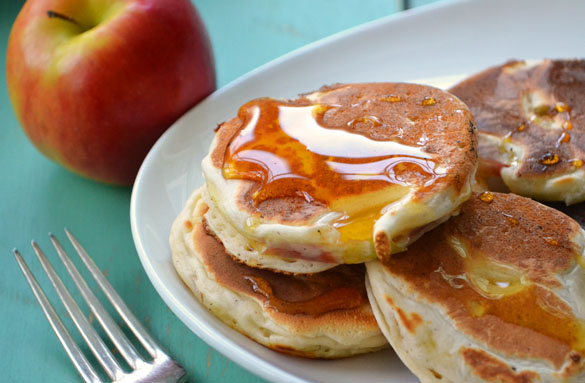 I apologize to all of you not in Tofino for spring break this week for my incessant tweeting of non-snow covered beaches and fish and chips and ice cream. We were starving for something green, and so piled in the car and made the trek – it only took ten hours of driving west to find a patch of grass. And then to cross Vancouver Island to find this – the path leading to Florencia Bay on Long Beach. 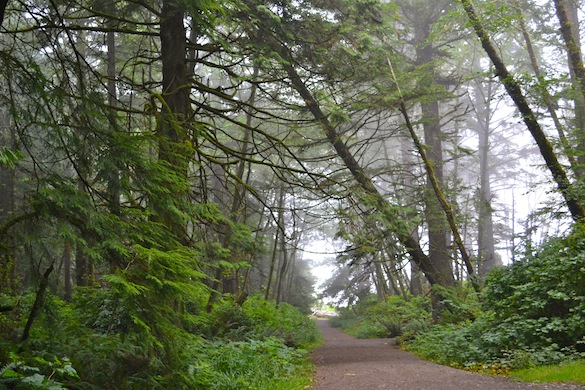 Totally worth setting aside the to-do list (which I’m certain is multiplying on its own in our absence) and making the road trip. If it makes you feel any better, a chilly southwesterly blew in last night and now it’s cold and wet and windy (but no less green and beautiful). 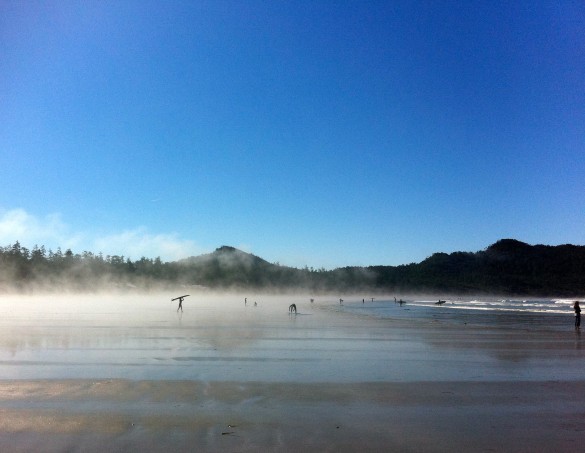 I excused our trip not only because I felt it necessary to remind W that grass exists, but because many hours of boring book editing lie in wait for me to tackle – the perfect task for a dozen hours trapped in a moving car. 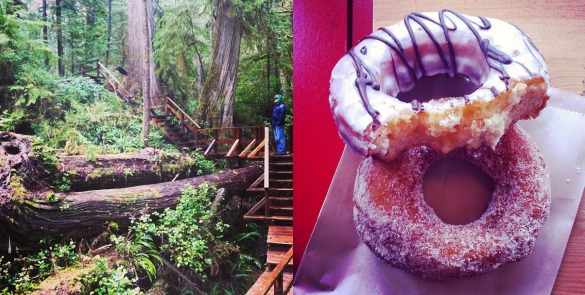 Mostly we’ve been eating fish and chips, walking on beaches and through rainforests, stopping every morning (or afternoon) for good locally-roasted coffee and from-scratch beer-glazed doughnuts, and because it’s a week of Sundays, in the mornings W and I have been playing Monopoly, watching AFV (he’s hooked, and subsequently attempting to feign dramatic wipeouts and can Mike with soccer balls) and making pancakes. 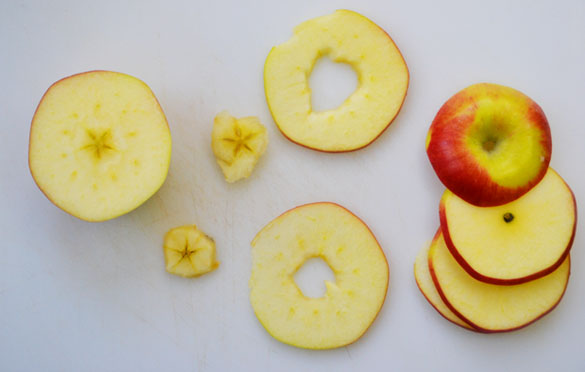 And because we brought an enormous bag of apples with us we’ve been slicing them thinly and dipping them in cinnamon-spiked pancake batter and then cooking them until golden and crisp, with a tender piece of apple in the middle. With maple syrup, natch. 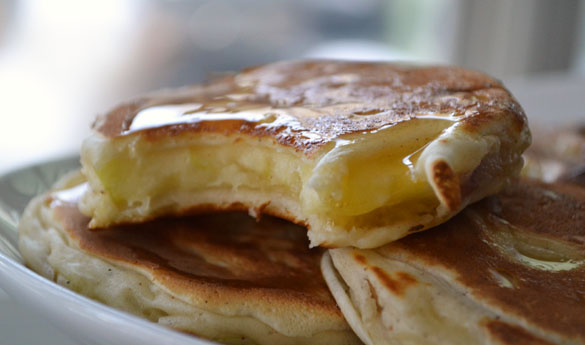