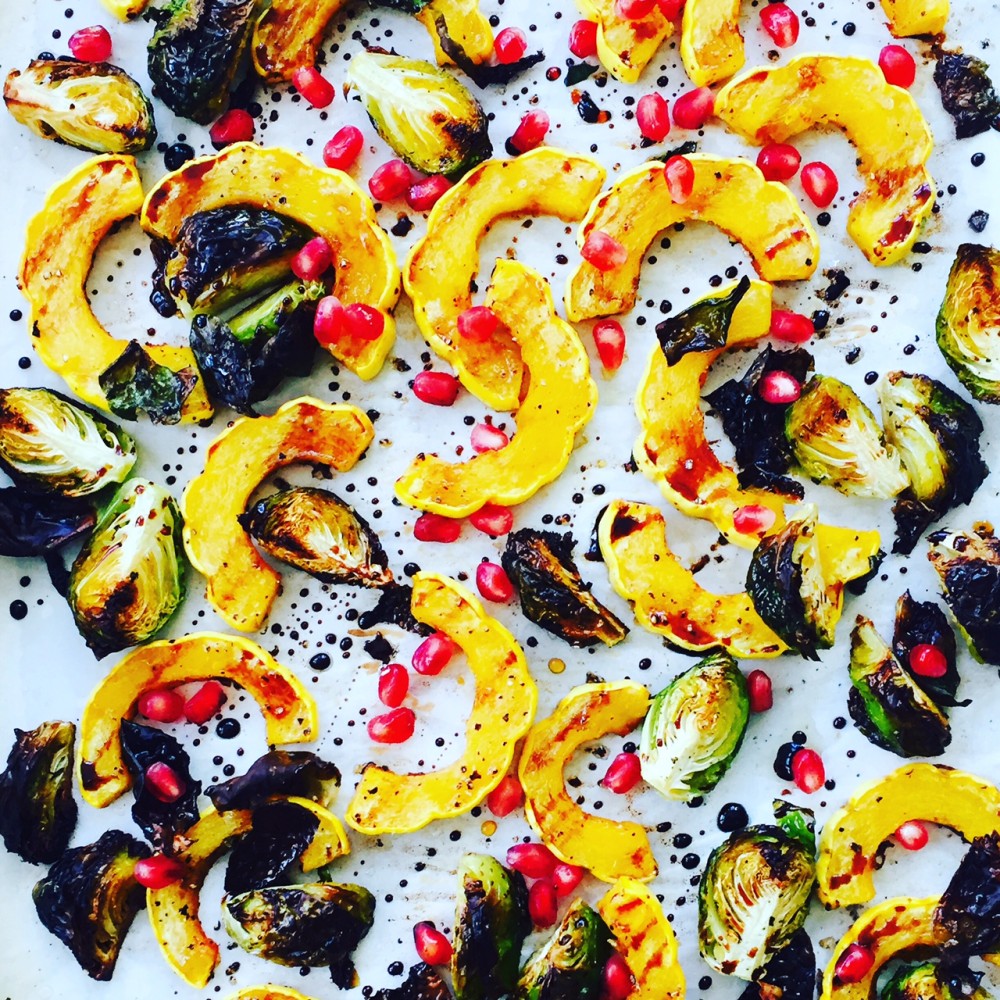 Wouldn’t this make the best wallpaper?

I believe all vegetables can be significantly improved by roasting; this isn’t to say they aren’t delicious raw, on their own, but apply a drizzle of oil, salt and a hot oven and any veggie you can think of is elevated to new levels of deliciousness. This is delicata that has been halved lengthwise, the seeds scooped out with a spoon and the squash sliced – it has a thin skin, sort of halfway between acorn and zucchini, that is perfectly edible and requires no significant upper body strength to wrestle a knife through. 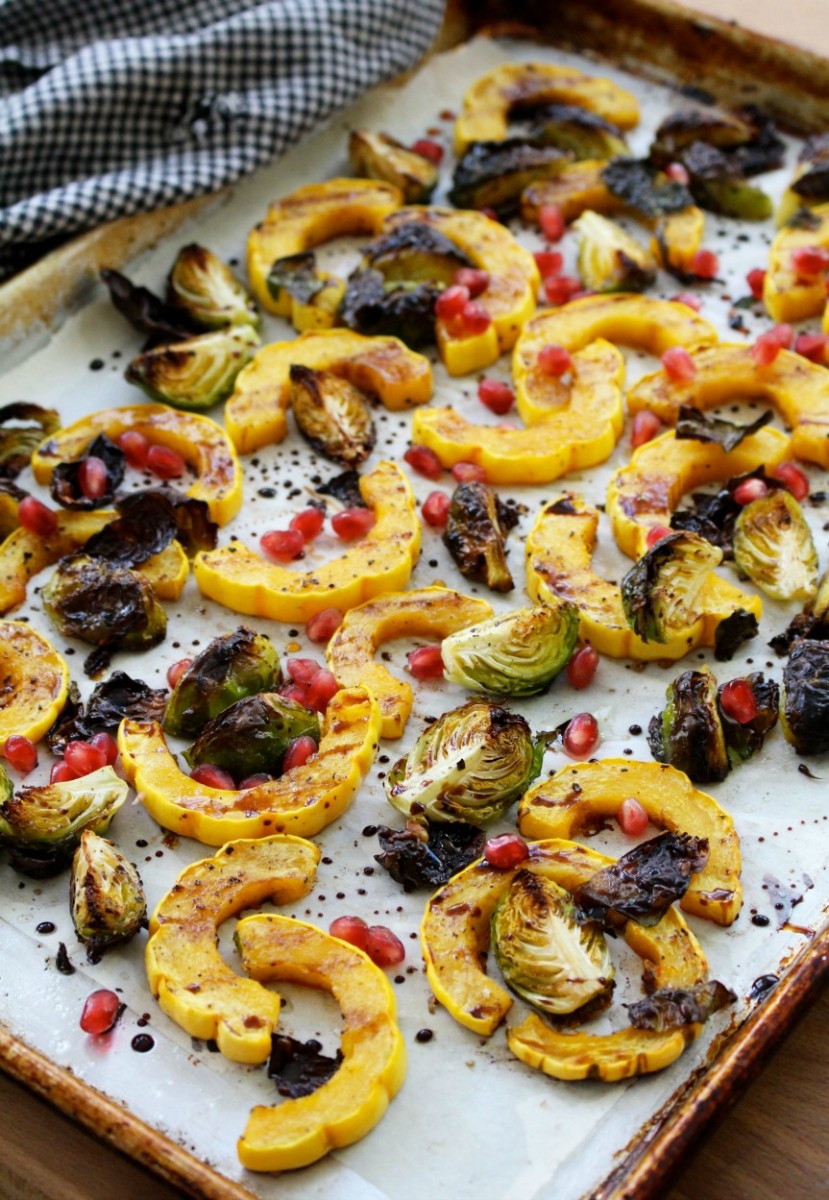 Not only is it manageable, it’s a good size – sort of twice a zucchini; manageable in your grocery basket, and enough for dinner for a handful of people without significant leftovers. (Not that there’s anything wrong with that.) 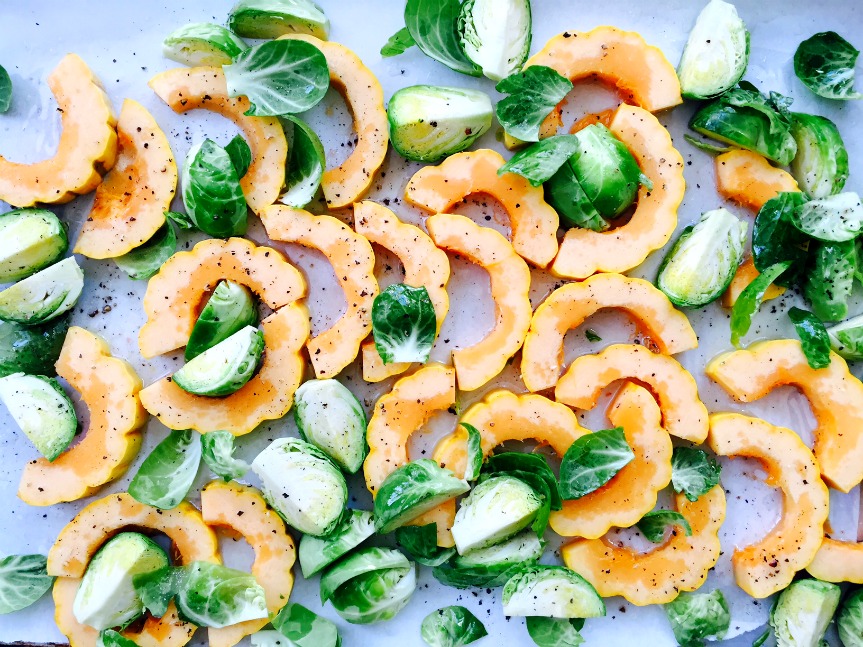 I’d write a recipe, but all you really need are instructions: I sliced the delicata thus (and you could absolutely swap any other kind of winter squash – although you’ll most likely have to peel it first) – and halved or quartered as many Brussels sprouts as I had in the fridge. Scatter them all out on a parchment-lined sheet, taking care not to crowd the pan, or the veggies will steam rather than get crispy browned edges, drizzle with oil (olive or canola work well) and toss them about with your hands to coat while spreading them out in a single layer. Sprinkle with salt (and pepper, if you like) and roast in a preheated 425F oven for 20-30 minutes, stirring or shaking the pan once or twice if you think of it, until the veggies are tender and caramelized on their edges. This is the same method I use for just about any veggie, considering only to combine the hardy with the hardy (ie. carrots, squash, parsnip, sweet potato) and the fragile with the fragile (ie. peppers, asparagus, zucchini), only so you don’t find yourself picking out veggies that are done before their comrades are. 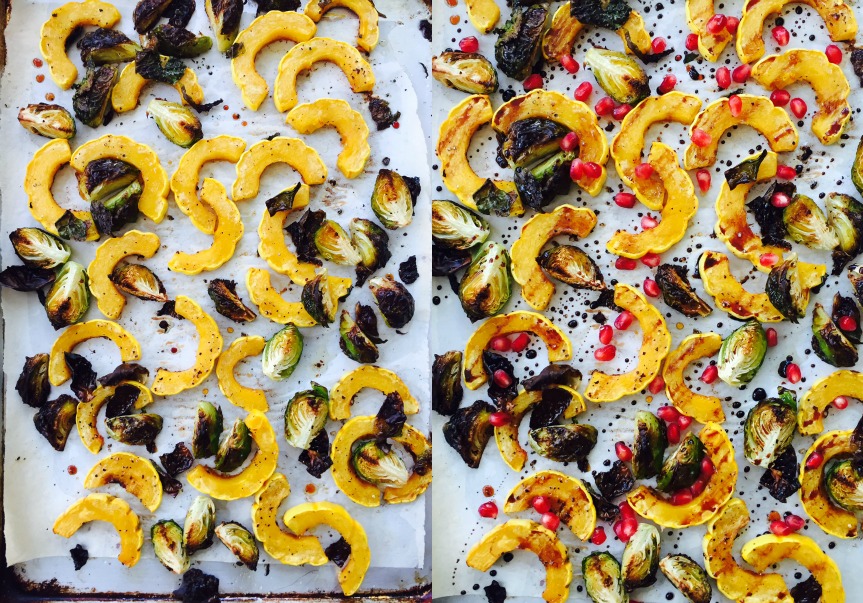 I finished this particular batch with a drizzle of balsamic reduction – the stuff that comes in a bottle – and a smattering of pomegranate seeds, only because I wanted it to look like a Jackson Pollock painting. 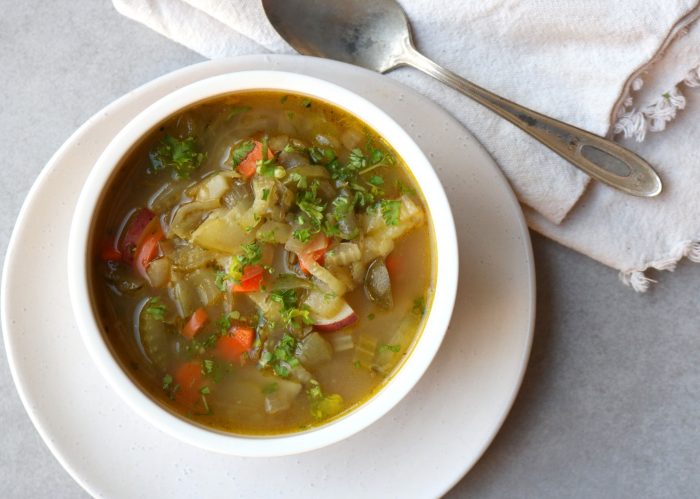 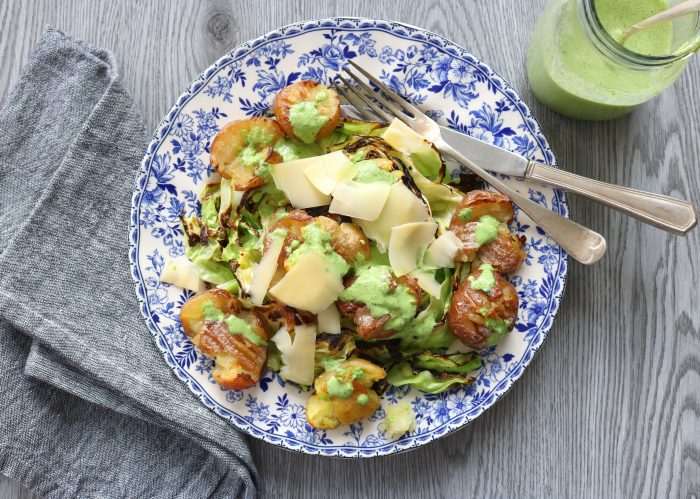 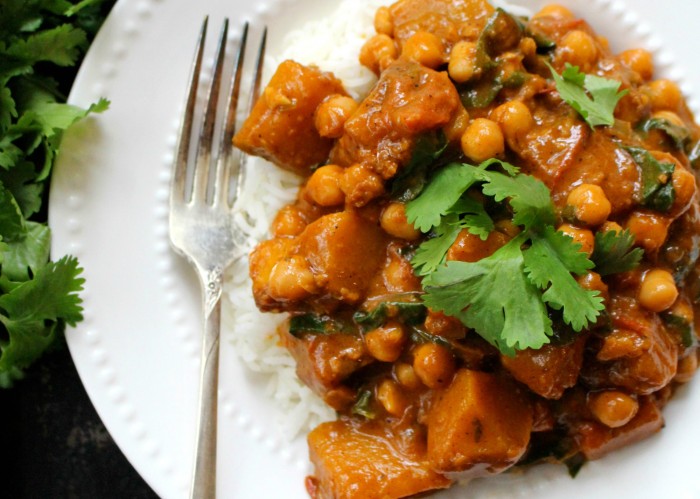 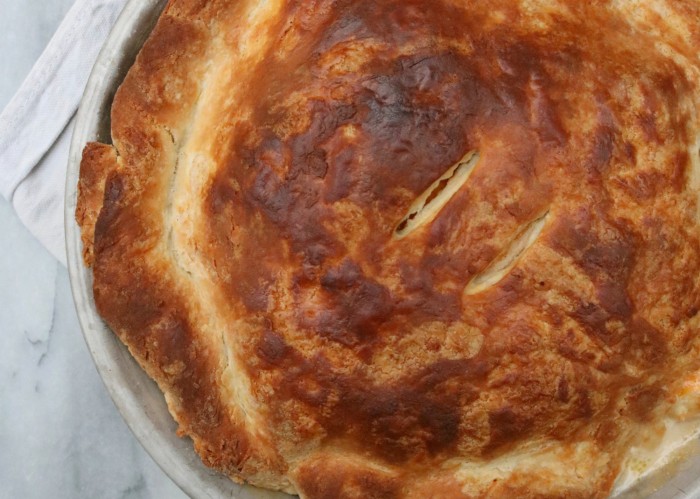 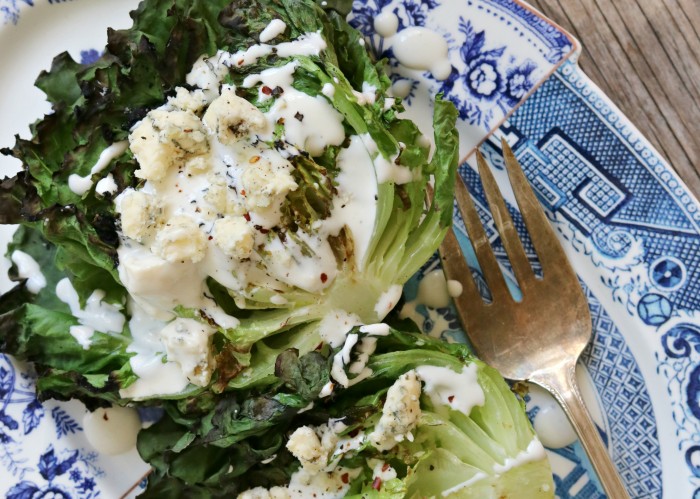 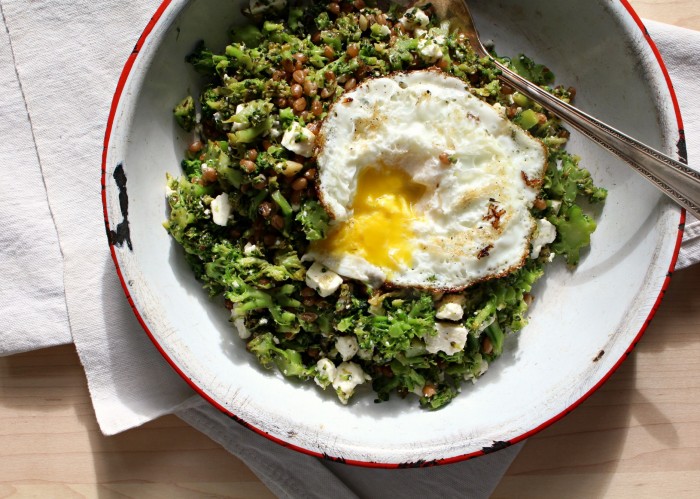 Broccoli Rubble (with Other Things) 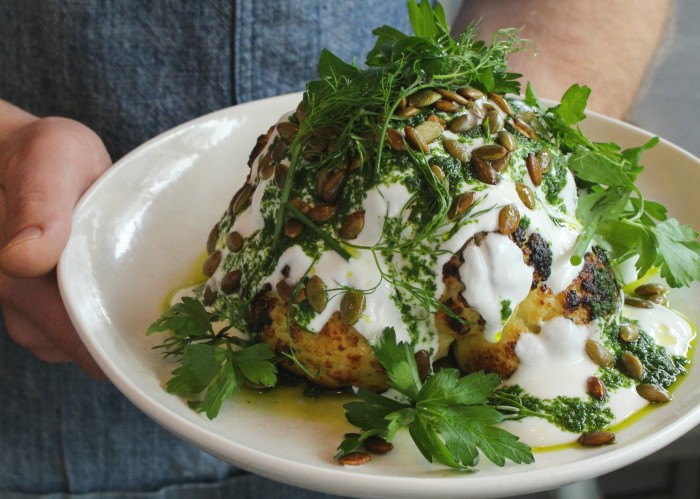 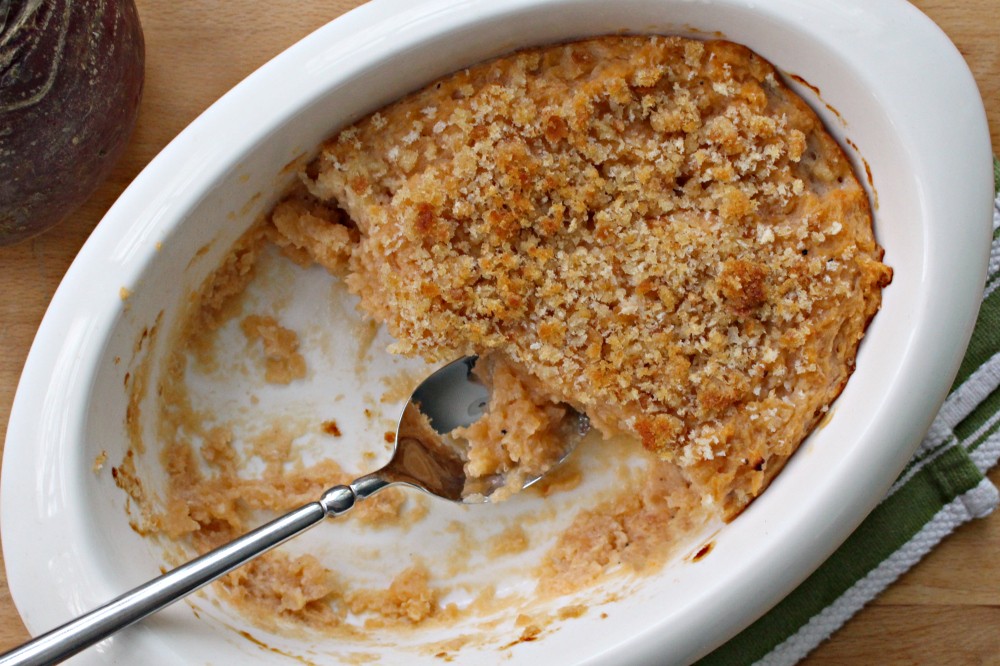