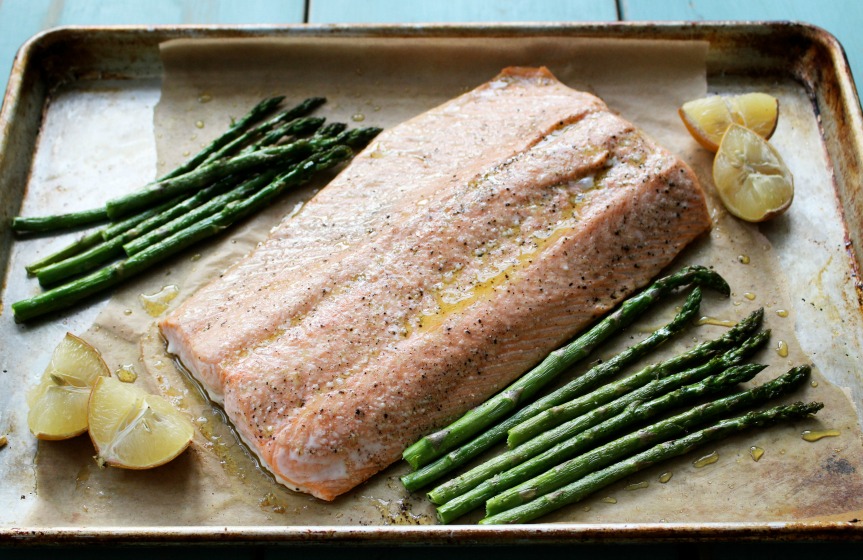 People often ask if W is a picky eater. He must be so adventurous! they say, but he’s not, really. Although he went straight from boob to barbecue ribs and one of his first meals was Pad Thai, he regressed and went from loving black bean soup to hating it, and thinking all vegetables were pure evil – such a cliché, I know. He somehow knew at two to be ecstatic at the sight of a pizza box, and wanted anything that came in a colourful package. We had one dinnertime standoff that involved grape tomatoes and both M and W sitting at the table for (what seemed like) hours before it ended with tears and a whole lot of dramatic gagging. (To this day raw tomatoes are the one thing he gets a free pass on.)

The thing about kids is that they’re a lot like grownups. They may have more sensitive palates and a more limited idea of what they like and what they don’t, but they’re all selective in their own ways. W balks at mashed potatoes (the most benign food ever) but adores pesto. He loves saucy pasta but likes his salmon plain. He’d eat shrimp for dinner every night if I let him. He loves sweets, but always says no to pie.

(I know! – if the photo evidence wasn’t so strong I’d wonder if he was switched at the hospital.)

Salmon is one of his favourite dinners, but he doesn’t like it when I sauce it up with soy sauce and ginger and brown sugar – sometimes I smear it with pesto, other times I just sprinkle it with salt and pepper and be done with it. I’ve come to love plain roasted salmon – brilliant in that you taste just the salmon without the distraction of the sauce – and leftovers work well in salads and sandwiches. When asparagus is in season I default to salmon for dinner because it’s so easy – you can do both together on a baking sheet, the asparagus needing the same slick of oil and sprinkle of salt and pepper as the salmon, and they’ll both cook perfectly in about ten minutes. If you want to toss a couple lemon wedges onto the pan too, the heat will soften them enough to make them easier to squeeze – and they’ll give up far more juice. 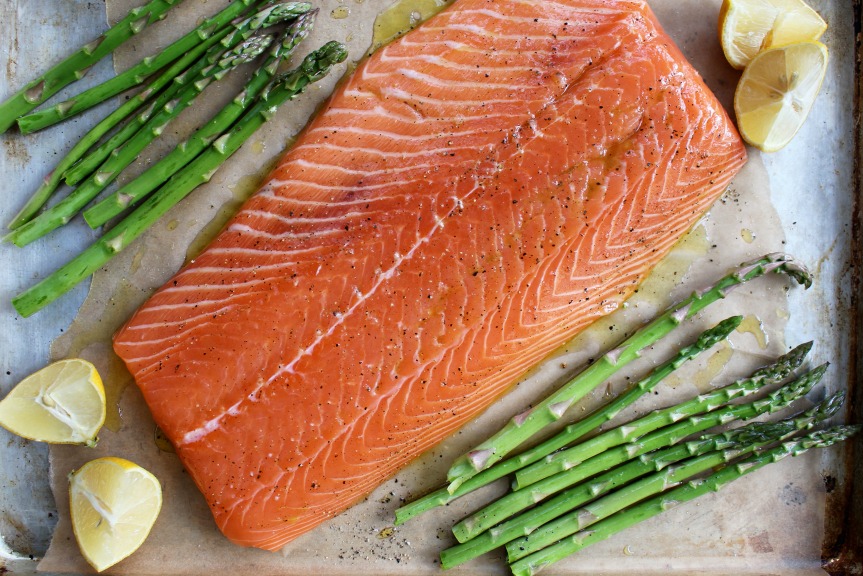 You don’t need a recipe here, just the idea – preheat your oven to 425F, prep your salmon however you like – salt and pepper or pesto or your favourite teriyaki sauce or the combination the guy at work just told you about leaning over the copier (yes, this happened this morning – immediately before he pointed out the enormous spider that was dropping from the ceiling onto my shoulder) – snap off the tough ends of the asparagus if they need it, drizzle with oil and sprinkle with salt and pepper, and cook the whole thing for 8-10 minutes, until the edge of the salmon flakes with a fork but it’s still moist in the middle, and the asparagus is tender-crisp.