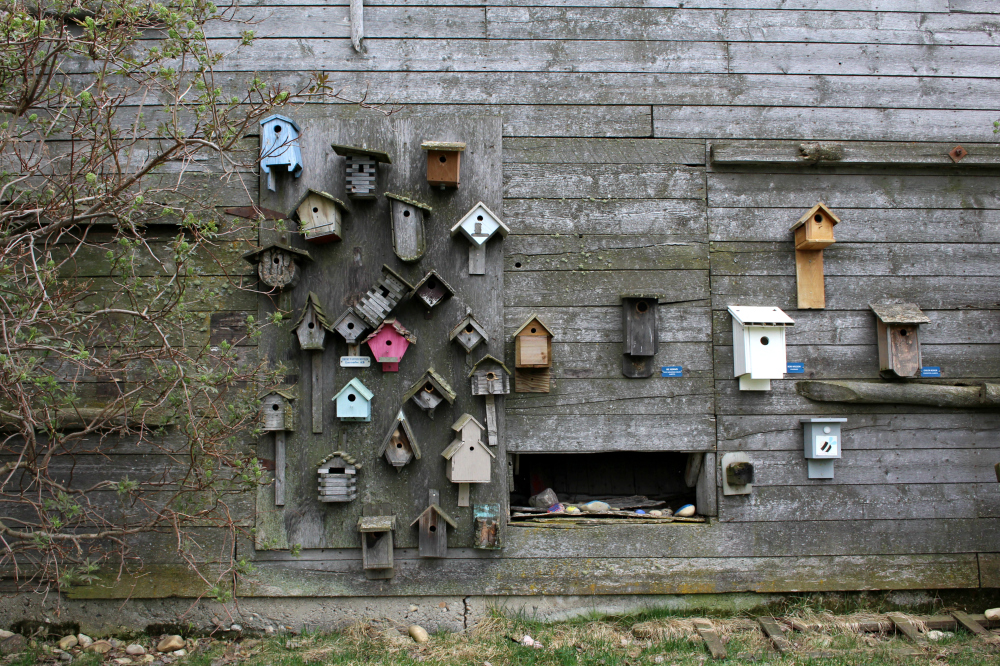 – This post was created in partnership with Travel Alberta and the support of Tourism Red Deer, which helps me spend more time here (where I most want to be!) and spread the word about all the amazing things there are to do/eat/find in our province! It’s always a good time to support our local farmers and small businesses. As always, it’s a documentation of our trip, in my own (often awkward, sorry) words.

If you’re around here on a regular basis (thank you!), you may have learned that our new thing is short road trips, often to small towns that aren’t typical tourist destinations. I love the speed of small towns – the free parking at their core, the relaxed pace, the old bowling alleys and old-school diners. And I love finding new things right in our neighbourhood, globally speaking. A few weeks ago we spent the weekend in Red Deer and Lacombe – not high on most vacationers’ lists, but I was teaching a few classes at the Cooking Room, I had heard there were some tasty things going on in central Alberta, and isn’t half the fun of a weekend away the staying in a hotel part? (With a pool? And ironed sheets? And a TV at the end of your bed?)

Also – it’s only an hour and a half drive. So we picked up W at school after lunch and headed to this place – the Ellis Bird Farm. I had no idea it existed. It was once the home and farm of brother and sister Charlie and Winnie Ellis, who set out their first nesting box for the mountain bluebirds in the fifties, and went on to fill the fields with some 300 nest boxes for mountain bluebirds and tree swallows, built and erected houses for black-capped chickadees, purple martins and flickers, and established a program for feeding winter birds. (It’s a great story – you can read all about it here.) 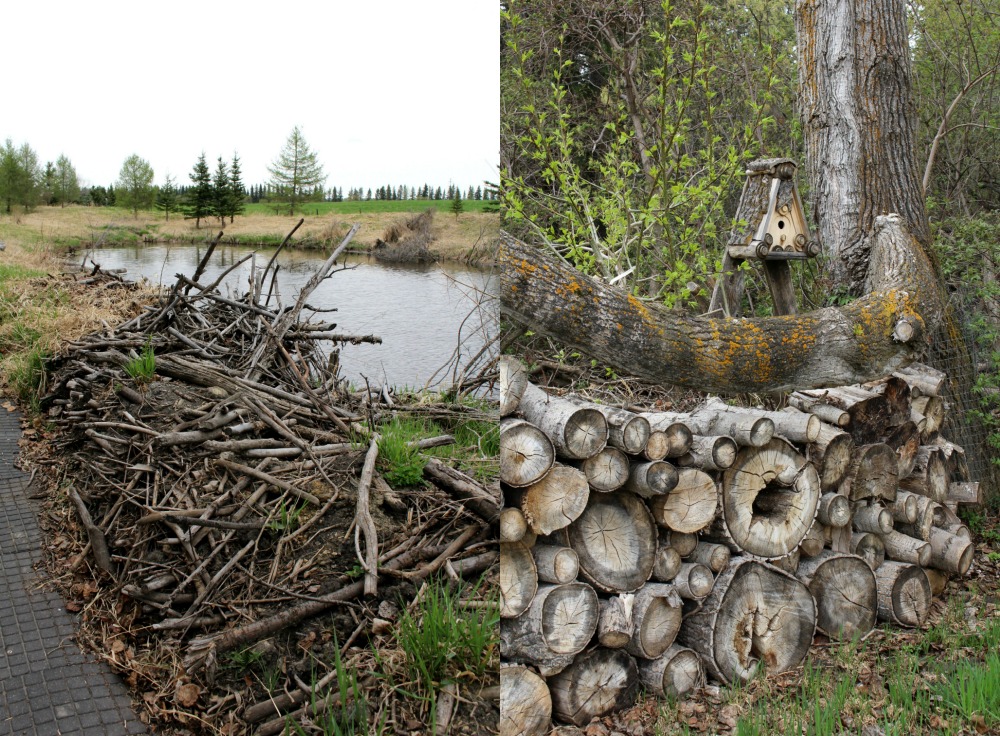 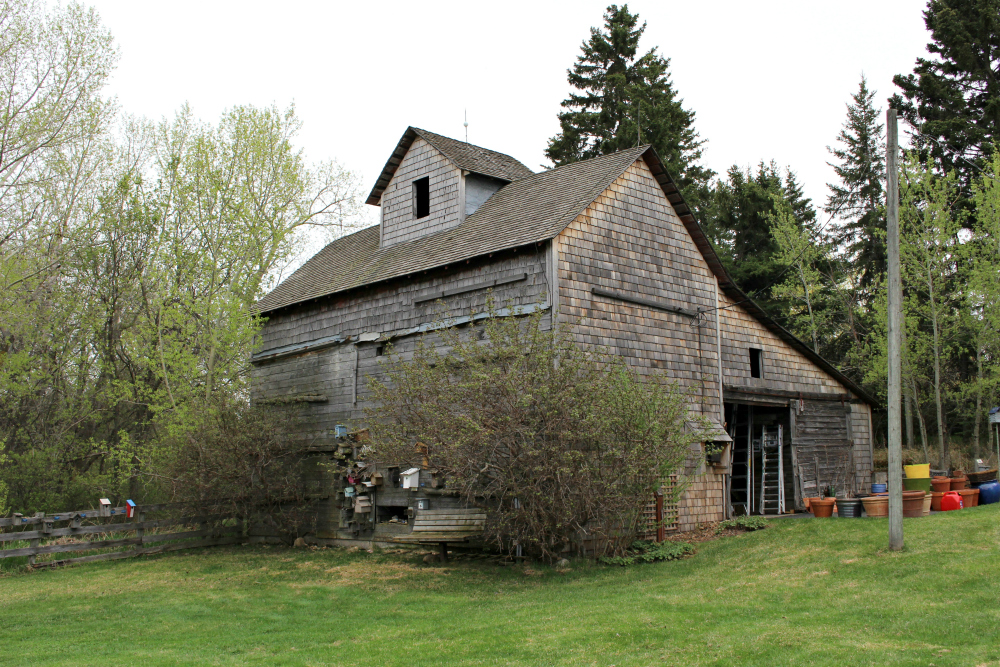 Today, it’s both a working farm and a non-profit organization dedicated to the conservation of mountain bluebirds, tree swallows and other native cavity-nesting birds. It’s open to the public during the summer months – there are beautiful gardens, a new visitor centre, and the world’s largest collection of nest boxes. They’ve also teamed up with scientists to track birds using light-level geolocators. 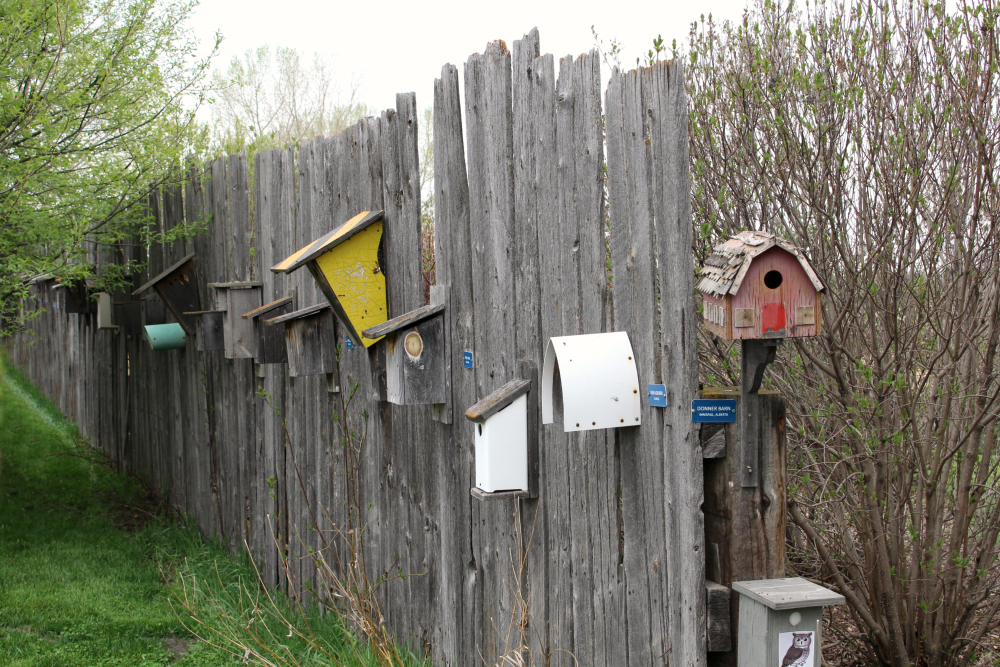 Between the surroundings and birdsong, it’s the best possible picnic location – but if you don’t think to bring your own, the tiny Ellis Café is in the little yellow house where Charlie and Winnie lived, and they’ll make you a picnic lunch full of locally produced meats, cheeses, pickles and preserves from area farms. Also: real iced tea and scones! 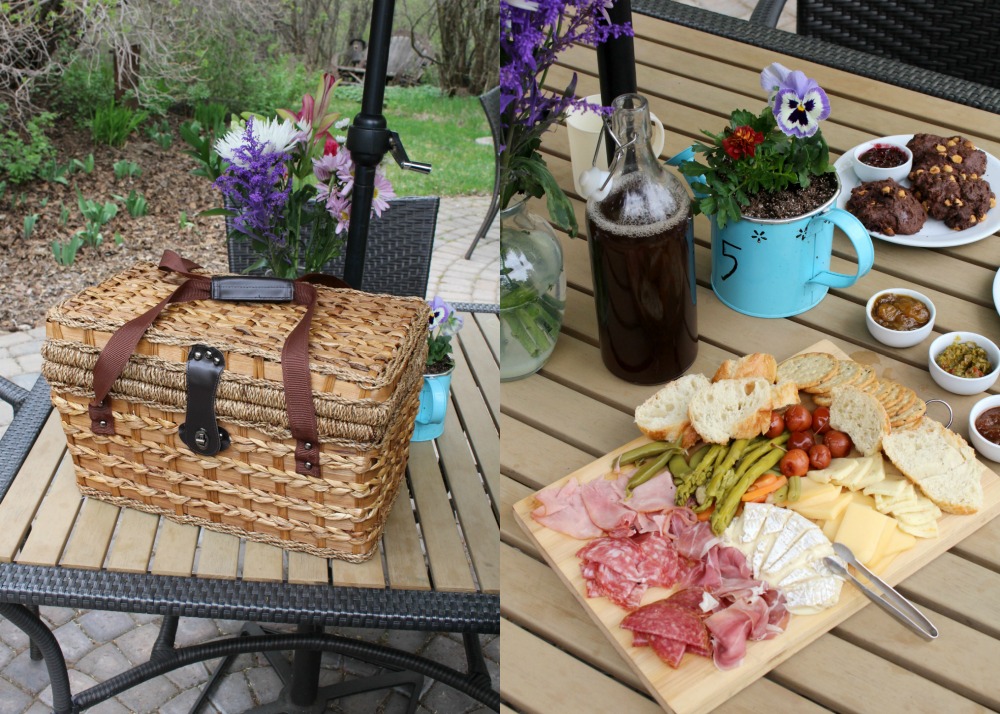 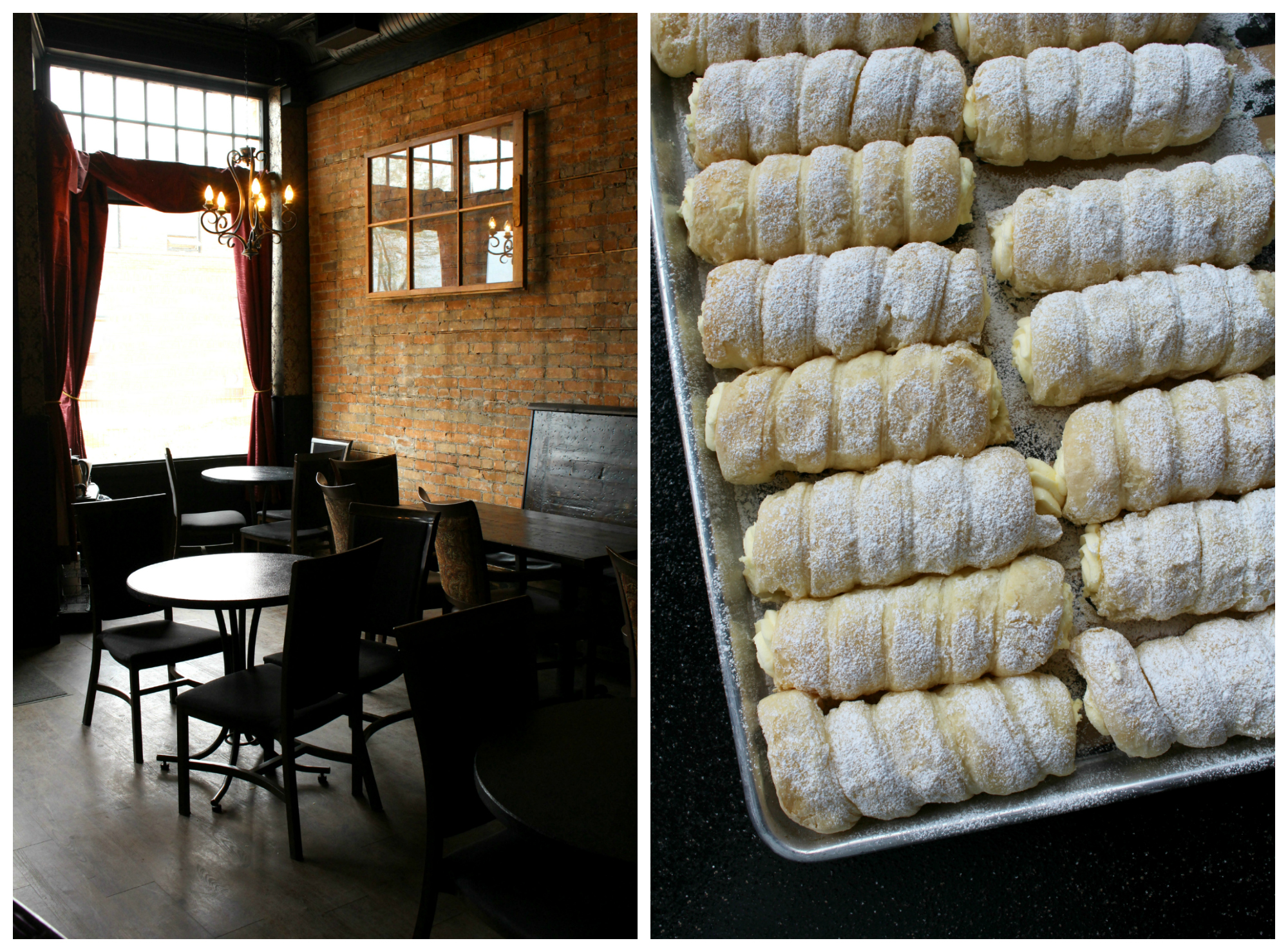 We drove into Lacombe from the bird farm, and would have stopped in at Blindman Brewing (we’ve already been!) and the brand-new Old Prairie Sentinel Distillery, but we had lingered too long at the farm, and so went straight to catch Sweet Capone’s, which has recently moved to a slightly larger but no less charming location down the street. It’s a family operation, where Carina Moran and their team makes cannoli every day using her Nonna’s recipe. There are plenty of choices (and pastries beyond cannoli), but I had to go for classic vanilla. 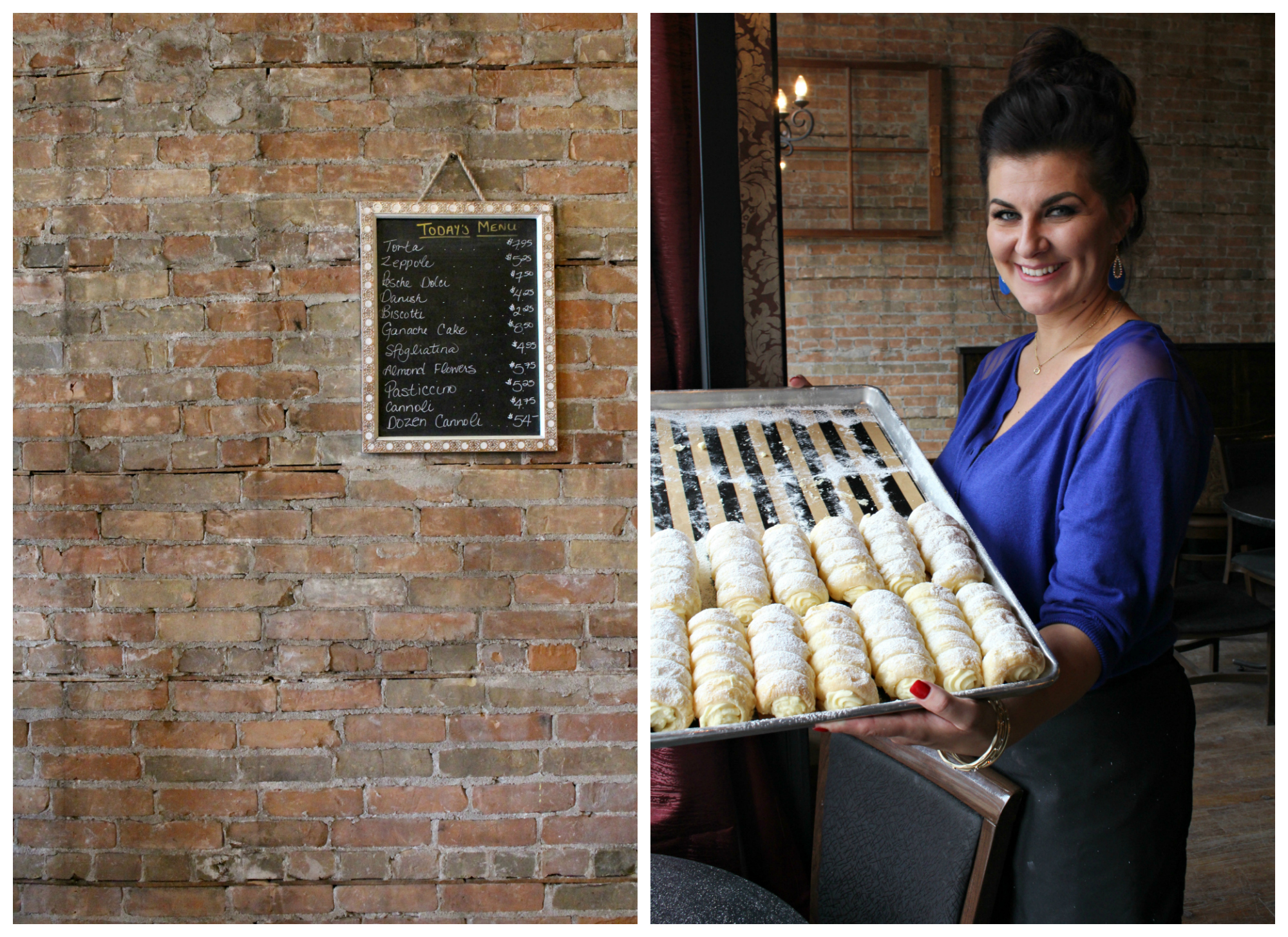 And then – Cilantro & Chive! Finally! After hearing so much about the place, we managed to go for dinner. They wowed a) Mike with a list of 120 local brews (120!!), and b) W with this concoction that one-ups the Shirley Temple by about a thousand percent, rims it with pop rocks and cotton candy, and adds a few dum dums and pixie stix just to put it over the top. It’s like an extreme Caesar (they have those too) for kids. 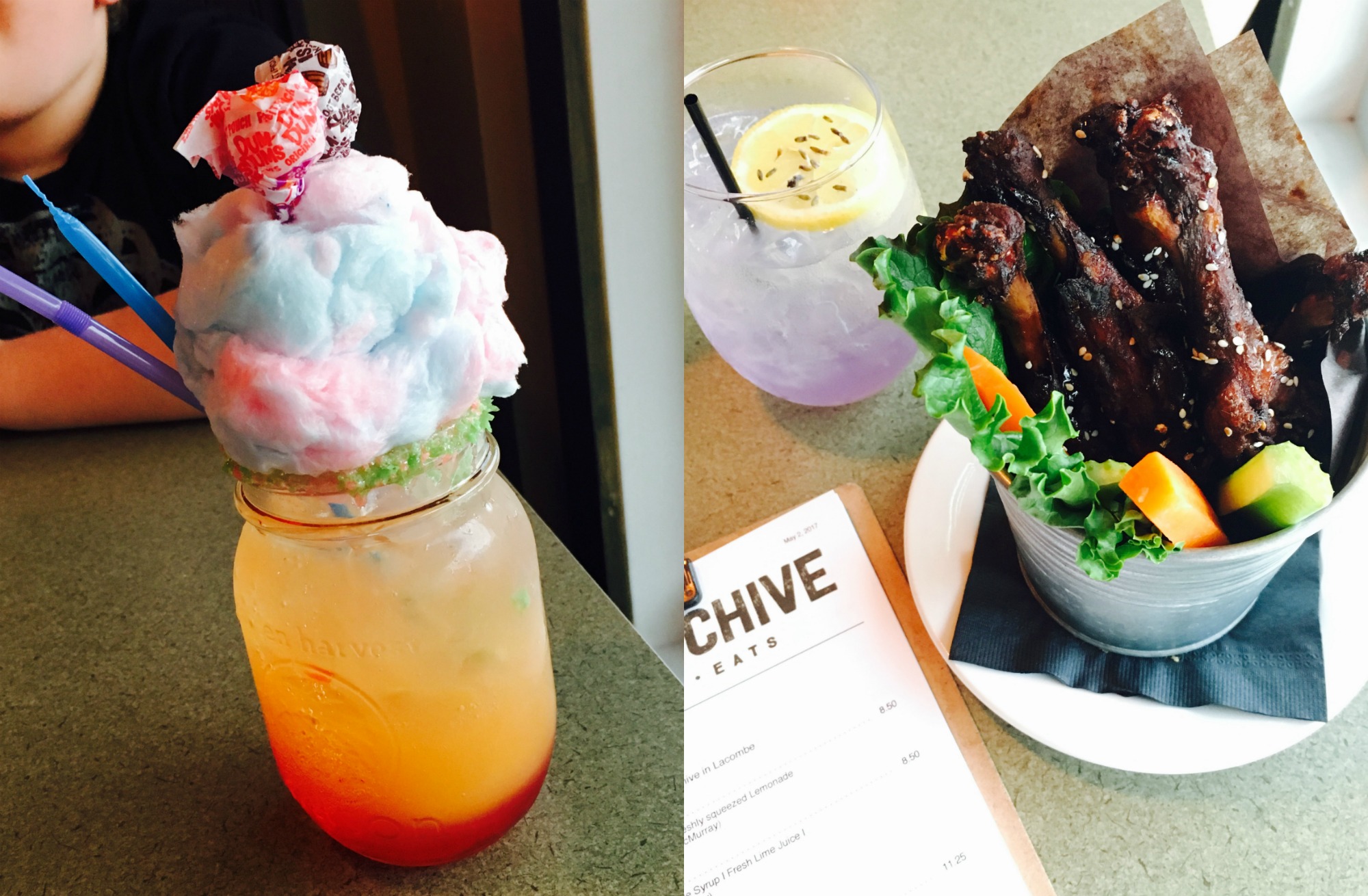 The next two days we spent in Red Deer, which has so much going on we didn’t manage to catch it all. We’re fans of Red Boar Smokery, and heard that the new cocktail lounge To the Lost, which recently opened next door, is worth a visit – and has a fab food menu too. 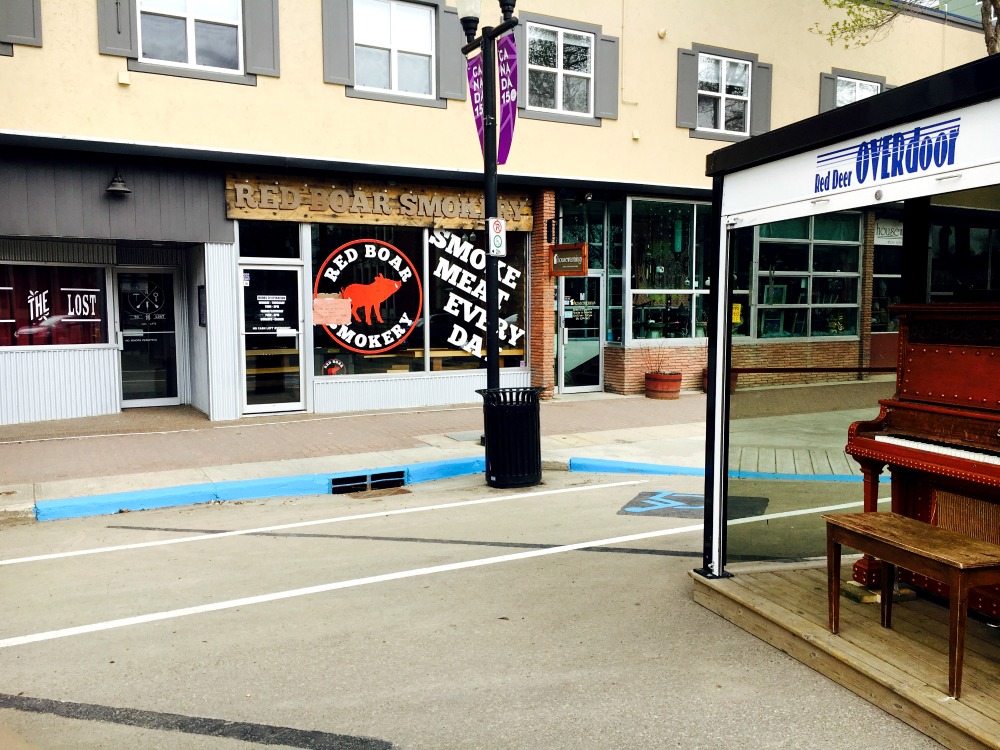 I love the street they have blocked off out front, with tables and benches and a public piano for anyone who wants to sit down and play. 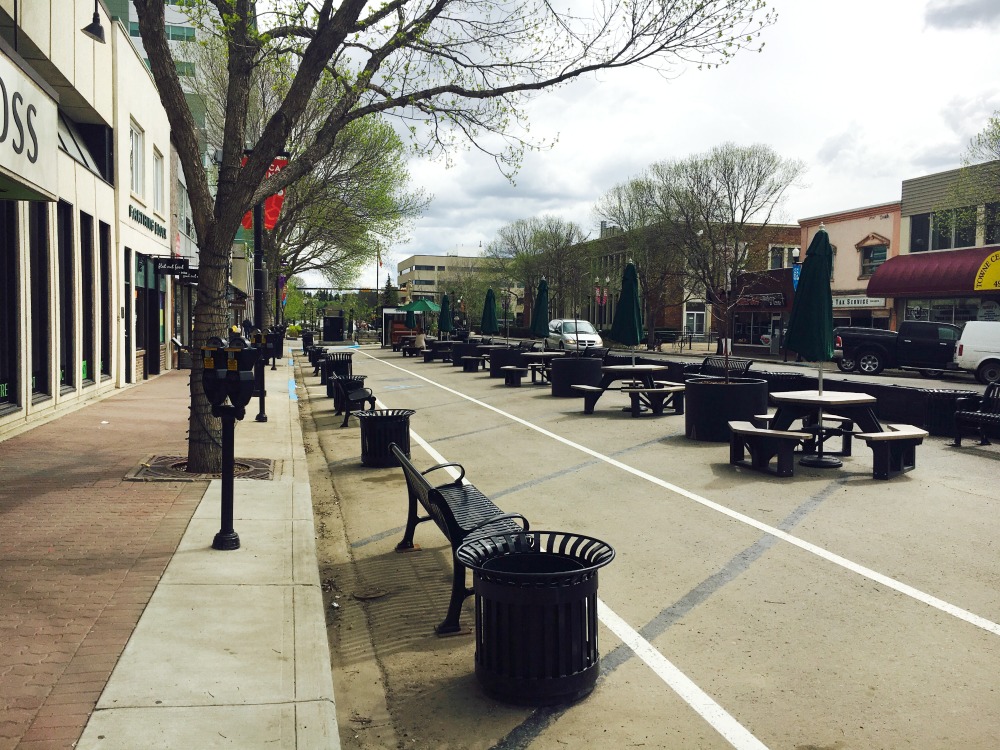 Our province is bursting with new breweries, but The Troubled Monk stands out – not only is the beer fantastic, but Steve gave us one of the most interesting and informative brewery tours I’ve been on, and poured W a flight of their craft sodas – gingery ginger ale, the best root beer I’ve tasted, and cream soda made pale pink with Alberta beets. !!!! 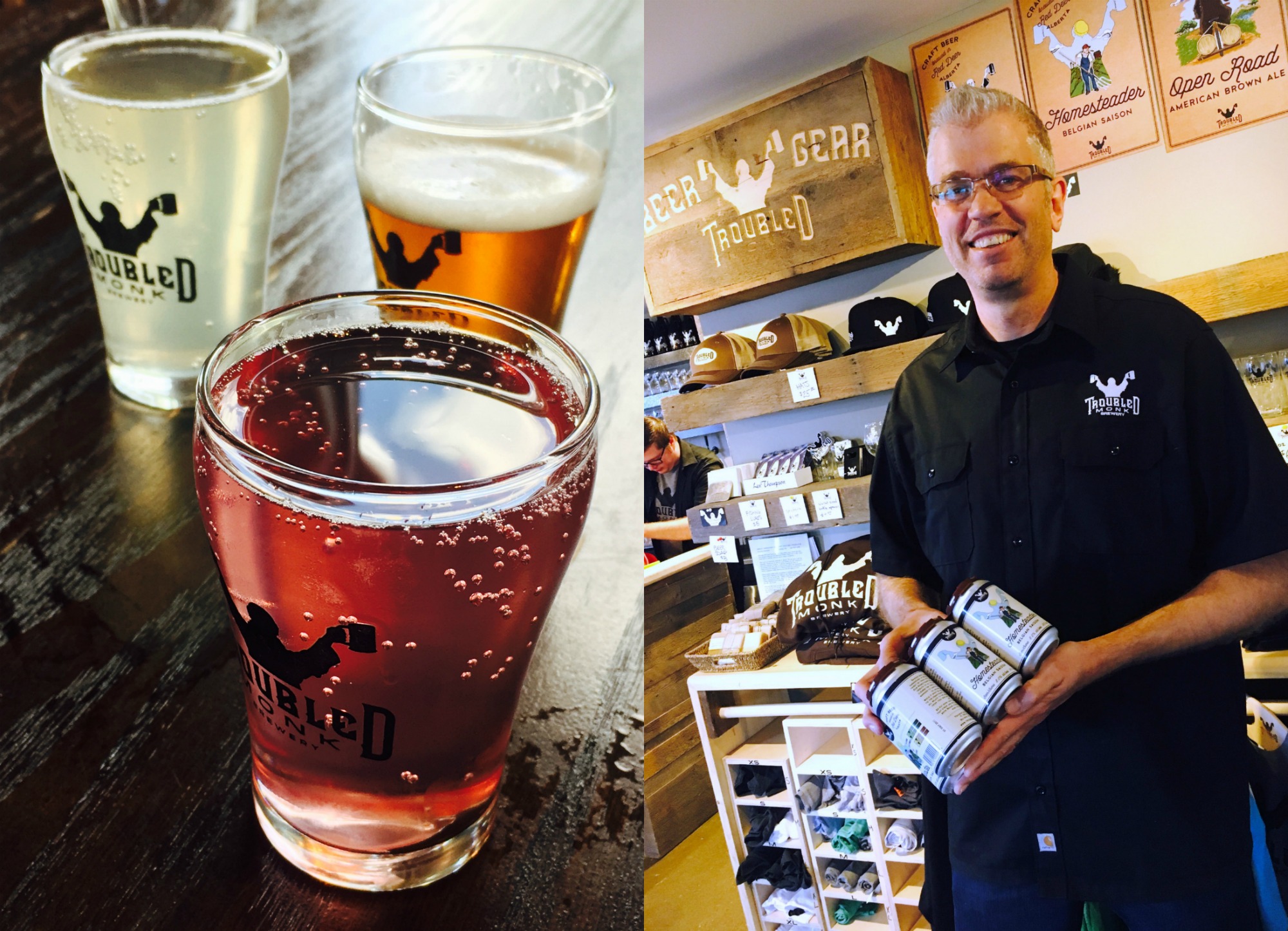 Dinner was at Heritage Ranch and Westlake Grill, with a carriage ride beforehand (they do sleigh rides in the winter) with Ethel and Ruby. 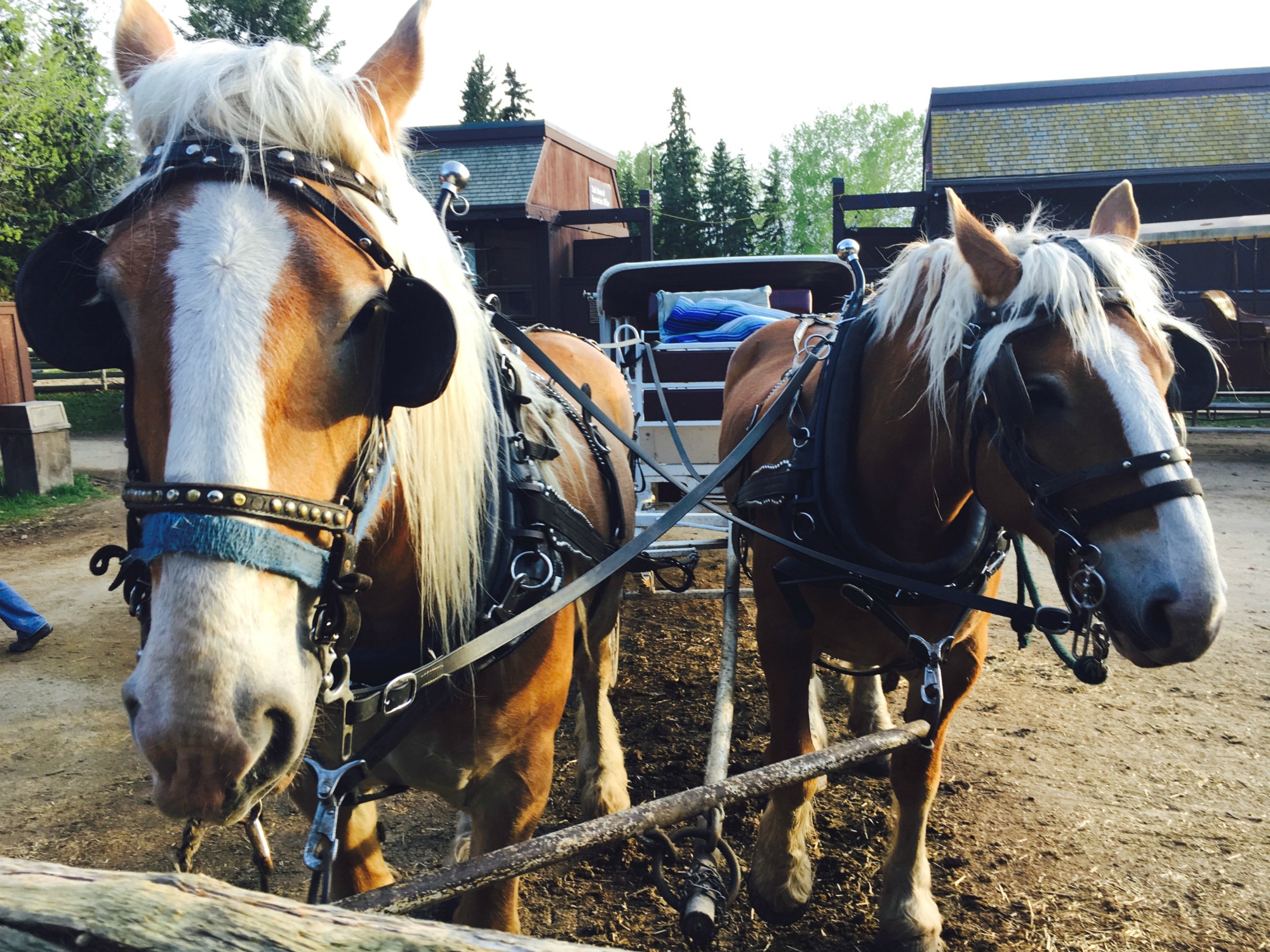 BUT. The highlight of the weekend (for W, anyway), and something he’s still talking about – going out to walk on the lake in a water ball at Bower Ponds – another spot we would have had no clue about had we not strayed off Gasoline Alley. It’s a big ball you climb into before they inflate, and then they roll you off the dock – it’s tougher than it looks, a full body workout. And you can lie in the bottom and look down through the plastic under water. (You’re always tethered to the attendant, so there’s no risk of floating away.) 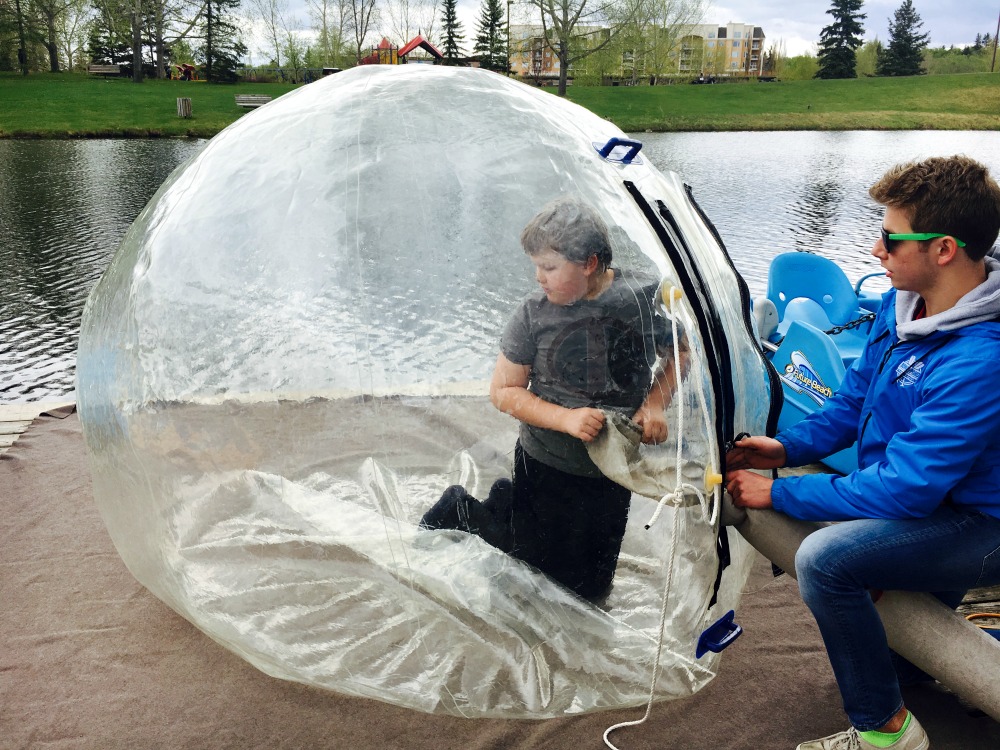 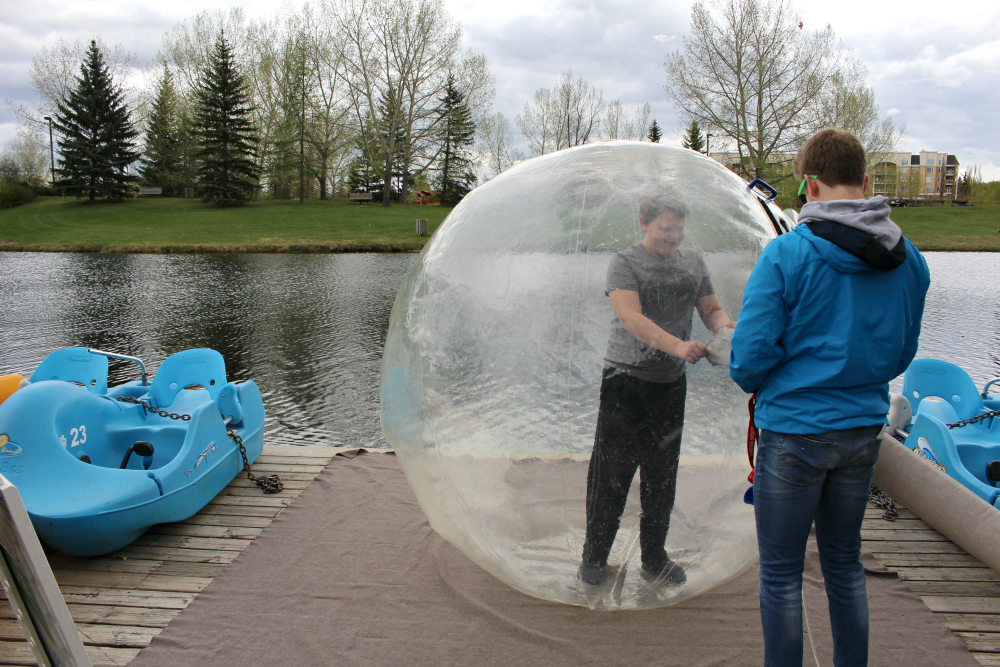 There are also canoes and long boards and paddle boats – all fun things to go do on the weekend. And then stop for grilled cheese at the almost always present Cheddaheads, where they have mastered the grilled cheese AND invented cheesy deep-fried tomato soup bites. 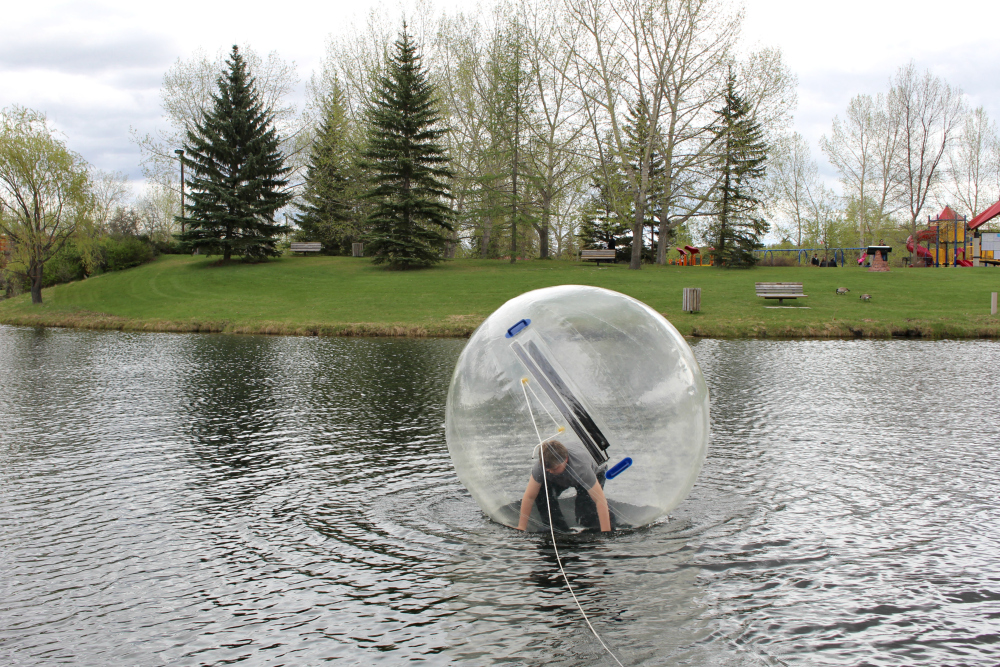 You’ll work it off in the water ball, even if you don’t manage to stand up. 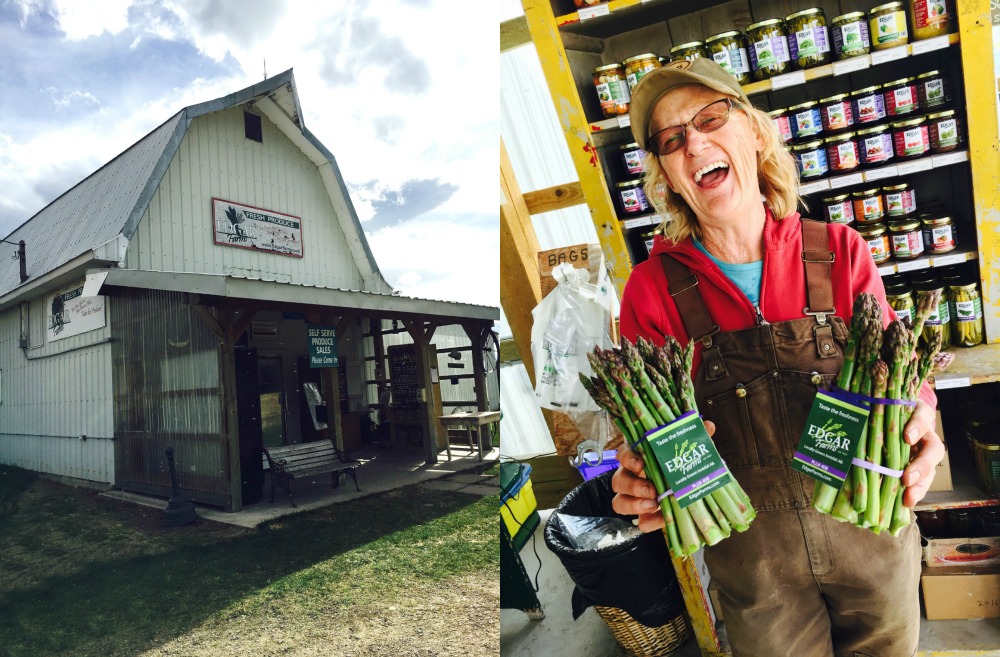 On the way there or home, it’s a ten minute detour off the highway to visit Elna and Doug Edgar and their farm store at Edgar Farms, which is open all summer from 8-8. There’s hand-picked asparagus – the best in the world, I think – for about the next month, and when it’s gone there will still be loads of preserves, and beef they raise themselves, and take and bake fruit pies loaded with rhubarb, berries and other things they grow. Best $12 you’ll ever spend. Farm stores are one of the best things about summer – especially the ones with the little boxes nailed to a pole to put your money if everyone is out in the field. 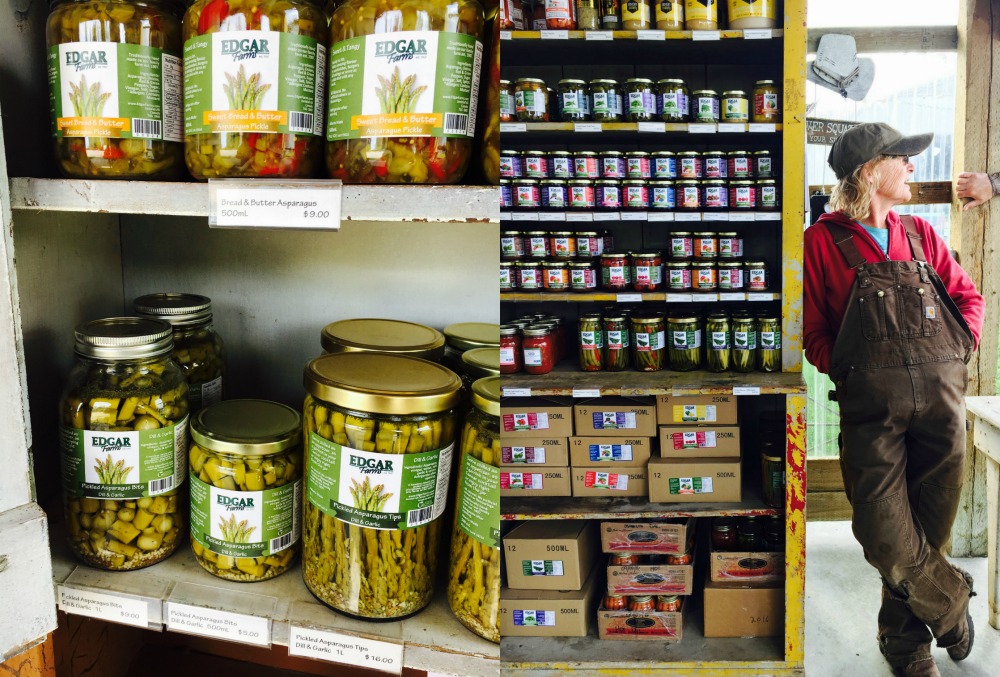 We took a frozen pie home and baked it the next day to extend our weekend just a little bit. Luckily, it’s not hard to go back.

I’d love to hear your favourite road trips, and places to stop along the way!

Just came across this from the good folks at the @