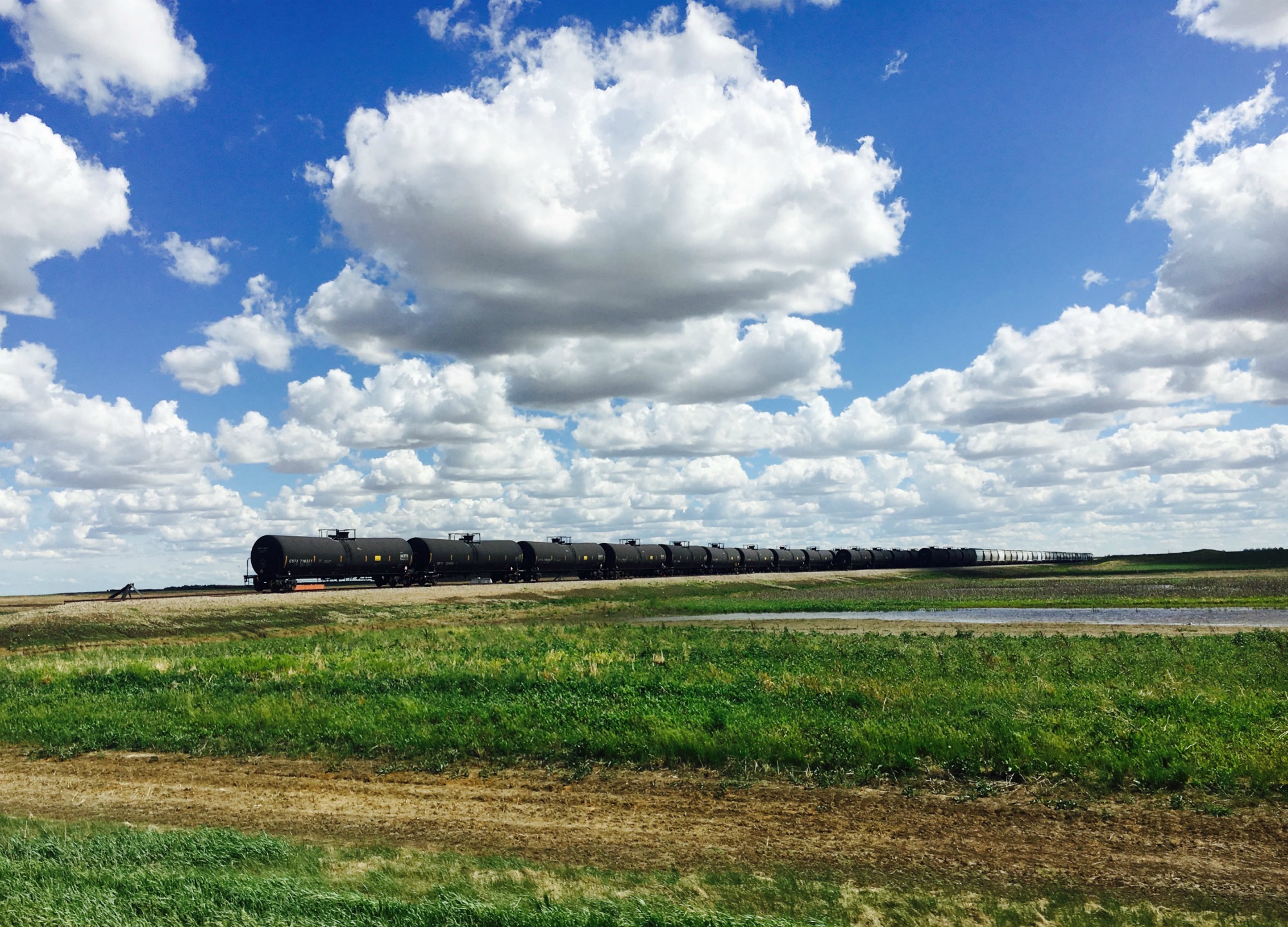 In keeping with our new hobby of exploring close to home, we ventured beyond the Alberta border toward Saskatoon, a city I love but haven’t properly visited in years. We didn’t realize it was only 6 hours away, and with a route that goes right through Drumheller, we hopped in the car for a long weekend in June. With a population of around a quarter million, it’s neither a small town nor big city – the perfect size for exploring, really. And like most Canadian city-towns it’s currently exploding with good food, new breweries and plenty of good coffee to be discovered.

W’s first discovery: phone books! Thick paper ones that listed everyone in the city. It was such a novelty, he lay on the hotel book reading it half the night. 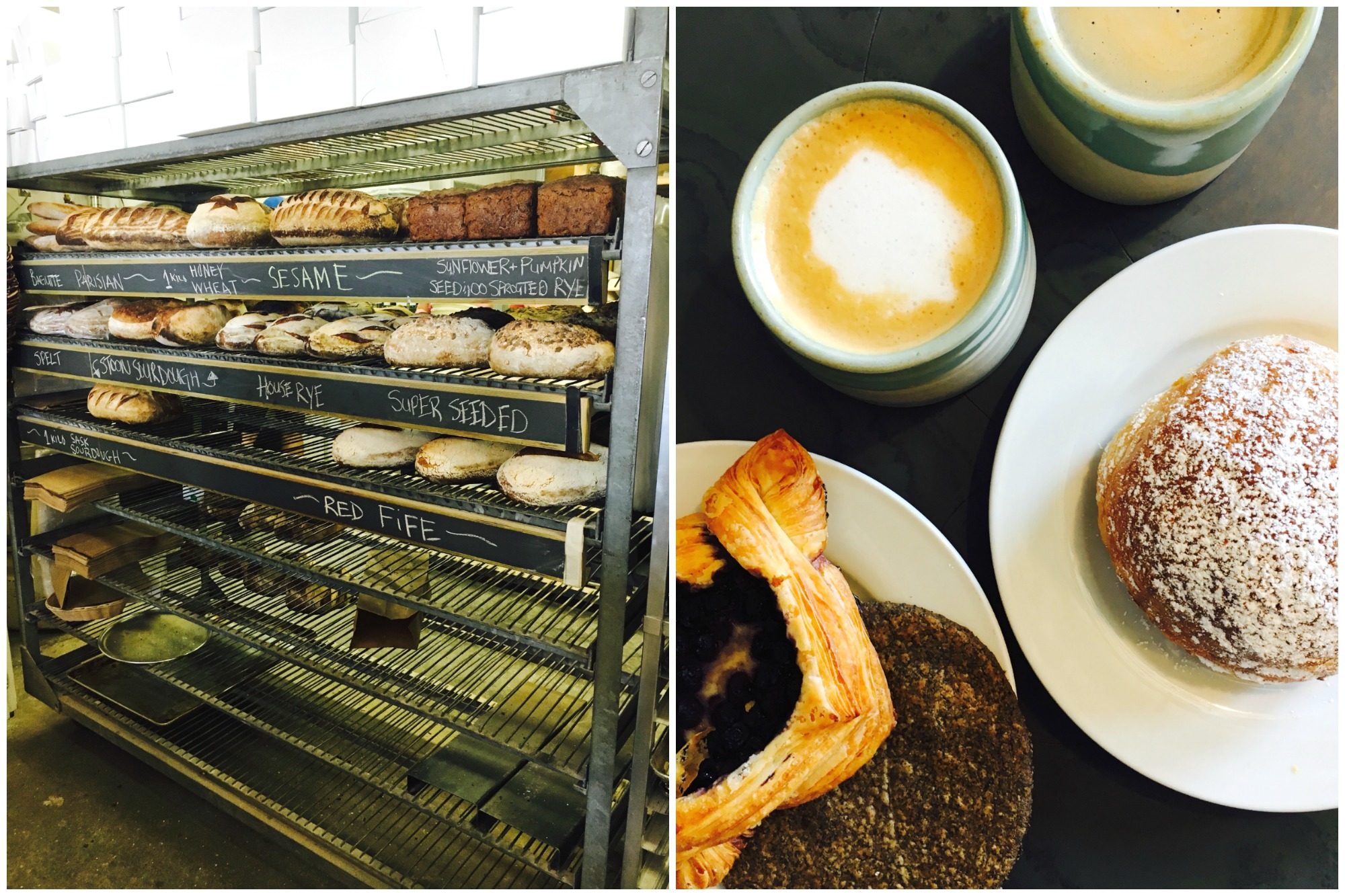 The next morning, we hit the Night Oven. Love the name, the place, the bread, the pastries, the coffee. Some of the best bread in Canada is baked right here, baked with heritage grains – ed fife wheat, purple wheat, spelt, dark buckwheat, khorasan, einkorn and rye – sourced from Saskatchewan farmers and milled onsite, the loaves then baked in their own homemade wood-fired oven. These guys are hardcore bread artists. Their pastries, on the other hand, are flaky and delicate – that powdered sugar one on the right is filled with cream, as if a croissant and cream puff got together and produced delicious offspring. 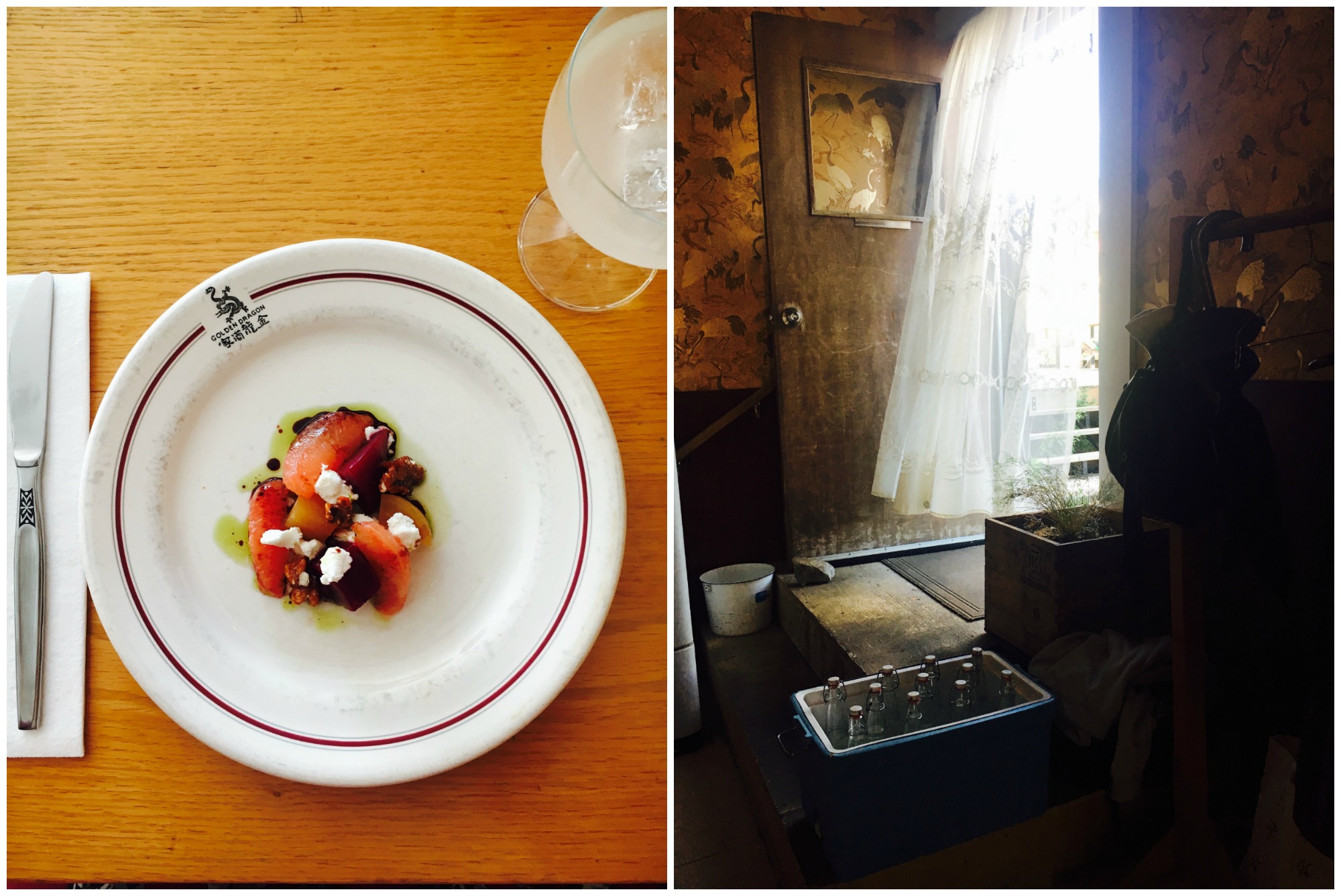 The Hollows is one of my new favourite restaurants anywhere. It’s in the Riversdale neighbourhood, one of the oldest areas of Saskatoon, that like so many old inner-city neighbourhoods is seeing some revitalization. The Hollows took over a space that for generations housed a Chinese restaurant called the Golden Dragon – anyone who grew up in Saskatoon recalls eating there with their parents. In the basement, which is damp and low-ceilinged and now full of shelves of preserves, pickles and culinary experiments of all kinds, they found boxes of Golden Dragon plates and even order pads, which they still use. Chef owners Christie Peters and Kyle Michael cure, brine, smoke, butcher and preserve, forage dandelion greens from neighbours’ yards for the tastiest pesto, tan the hides of the animals they butcher, and use the fat to make the soap for their restaurants. (They also own Primal, which is more Italian-inspired and equally fantastic.) 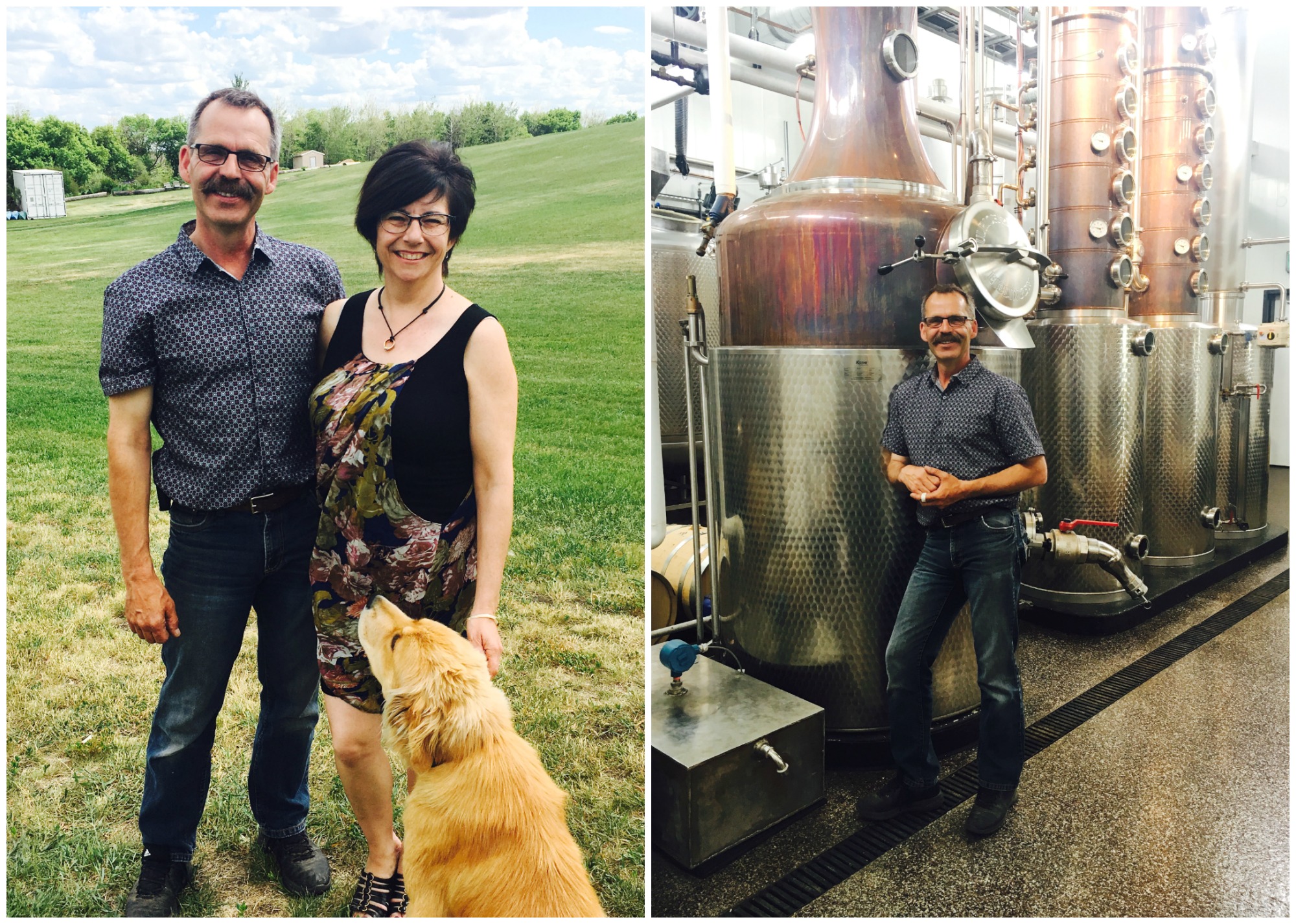 We happened to be there on World Gin Day, and so went out to spend it with Barb and John at Black Fox Distillery, a two year old distillery who had just won best cask gin at the World Gin Awards in London, UK. Such wonderful people, and a gorgeous farm loaded with haskap berries, pumpkins just starting out, and fields of wildflowers. And the sweetest dogs. It’s so nice to get to know the people who grow and make your food. (And gin.) 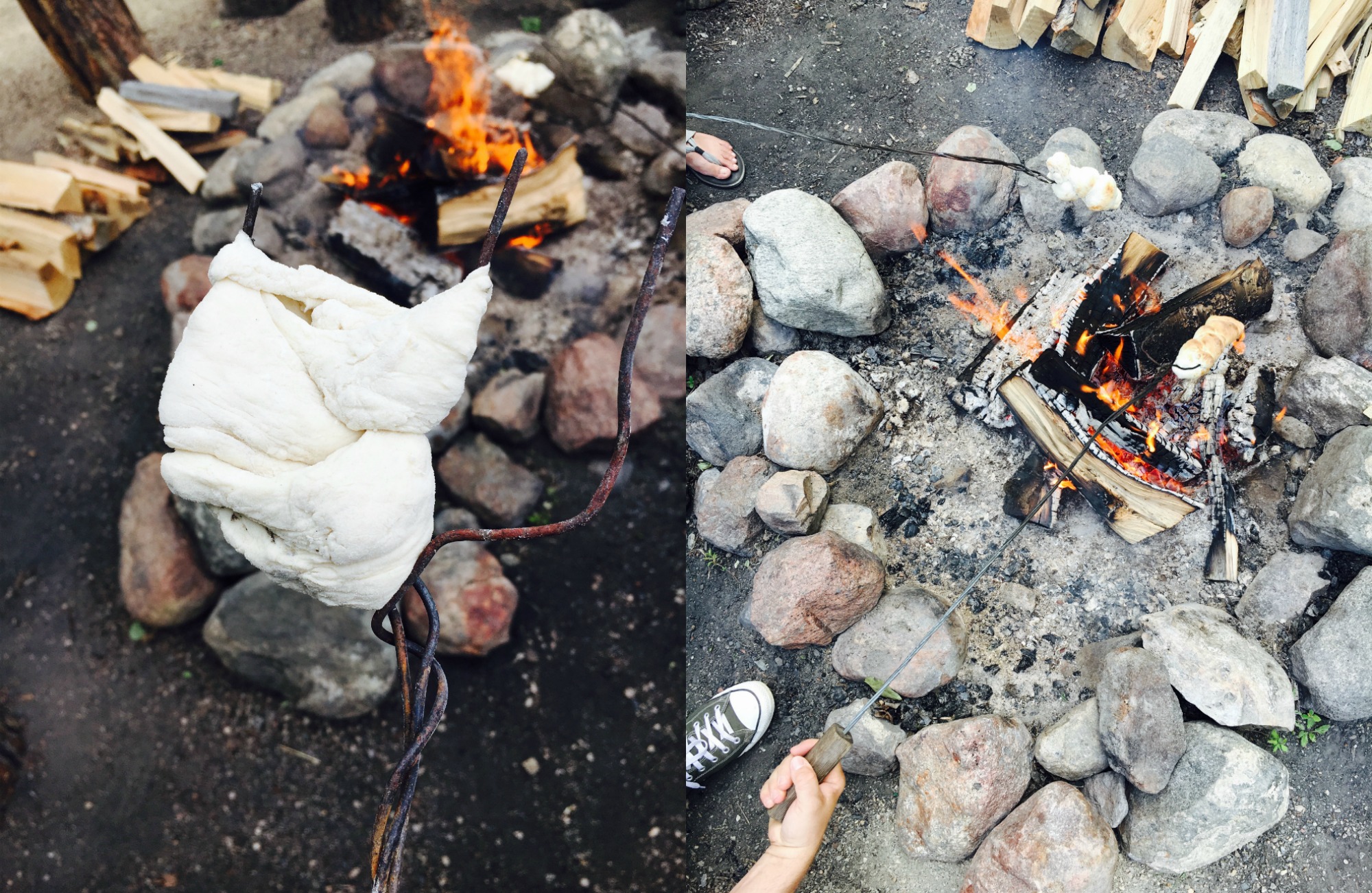 We headed out to Wanuskewin Heritage Park, a national historic site and generally amazing place above Opimihaw Creek and the South Saskatchewan River, where archaeological finds have pre-dated the Egyptian pyramids. To date, 19 pre-contact archaeological dig sites have been identified in the creek valley bottom and coulee depressions along the valley wall. We went on a medicine tour, a walk during which we explored and learned about indigenous plants and their uses within the early Northern Plains Indigenous communities, saw beaver lodges and loons, and cooked bannock over an open fire. 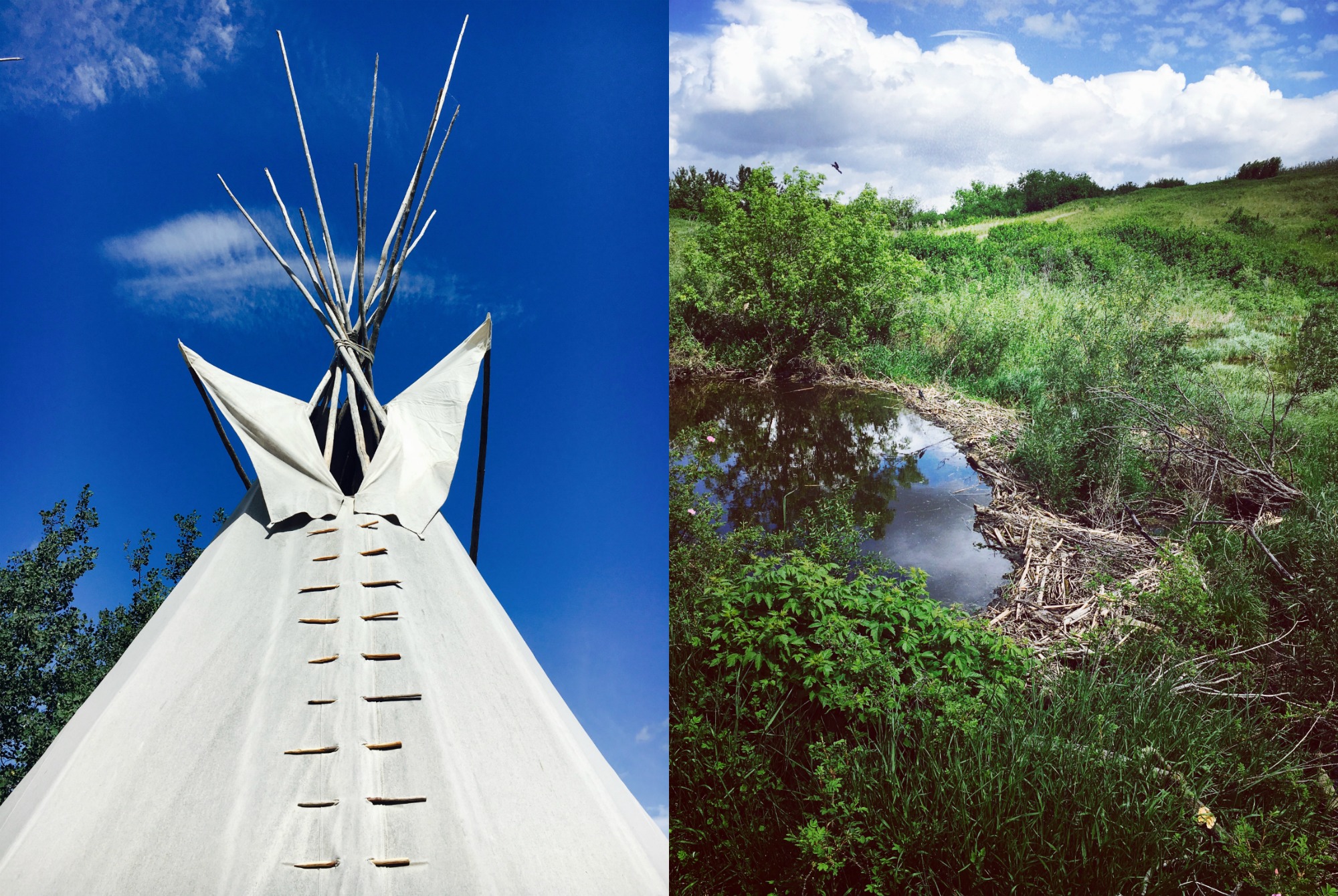 There are open dig sites and other evidence of archaeological exploration around the grounds, and a cultural/interpretive centre with a theatre, meeting space, further storytelling and cultural artifacts, and a restaurant where they serve local whitefish, bison stew and stacks of smoky grilled bannock with berries and whipped cream. 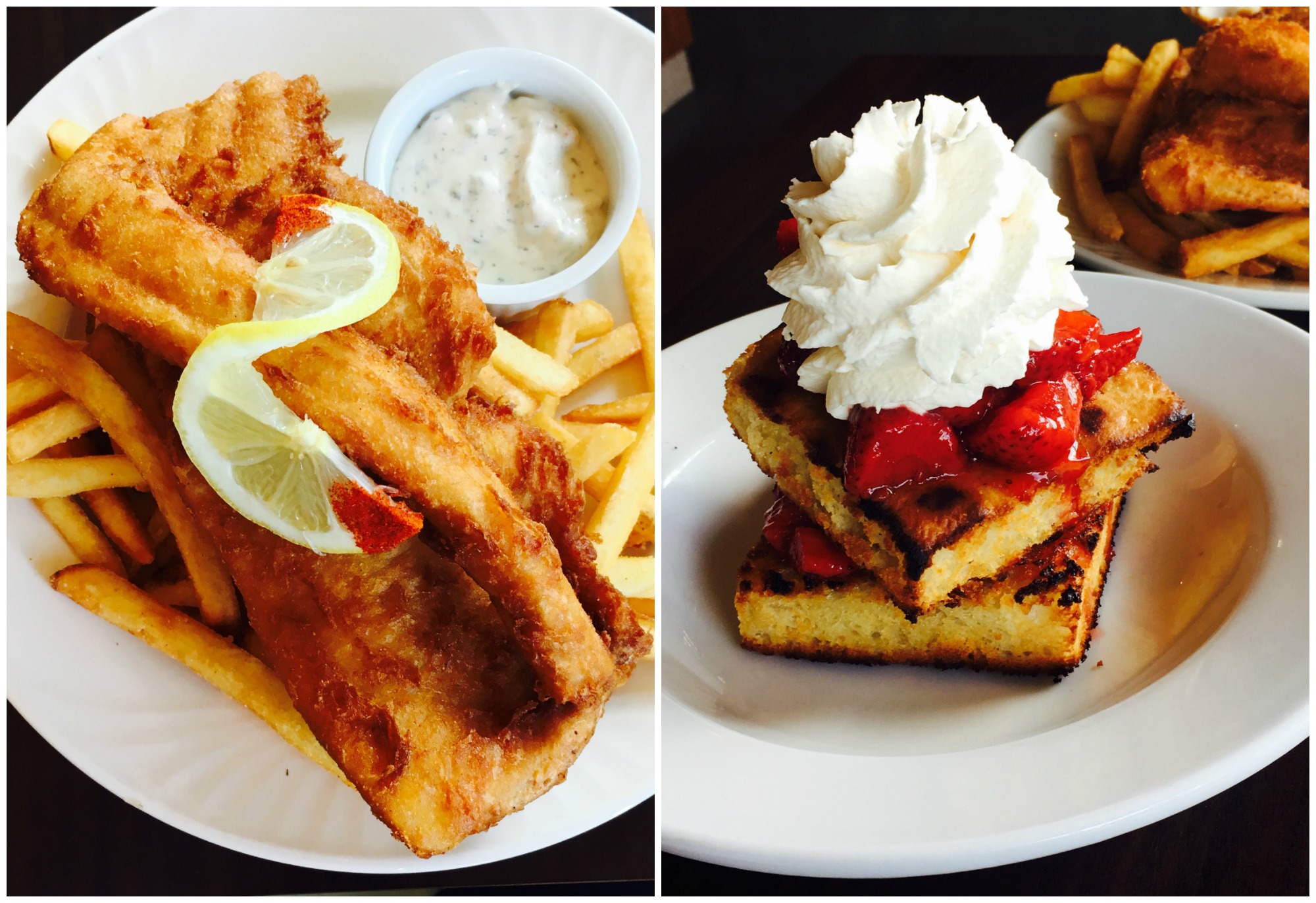 When I posted on Facebook asking where to eat in Saskatoon, everyone + their dog suggested Odd Couple. Everyone was right. 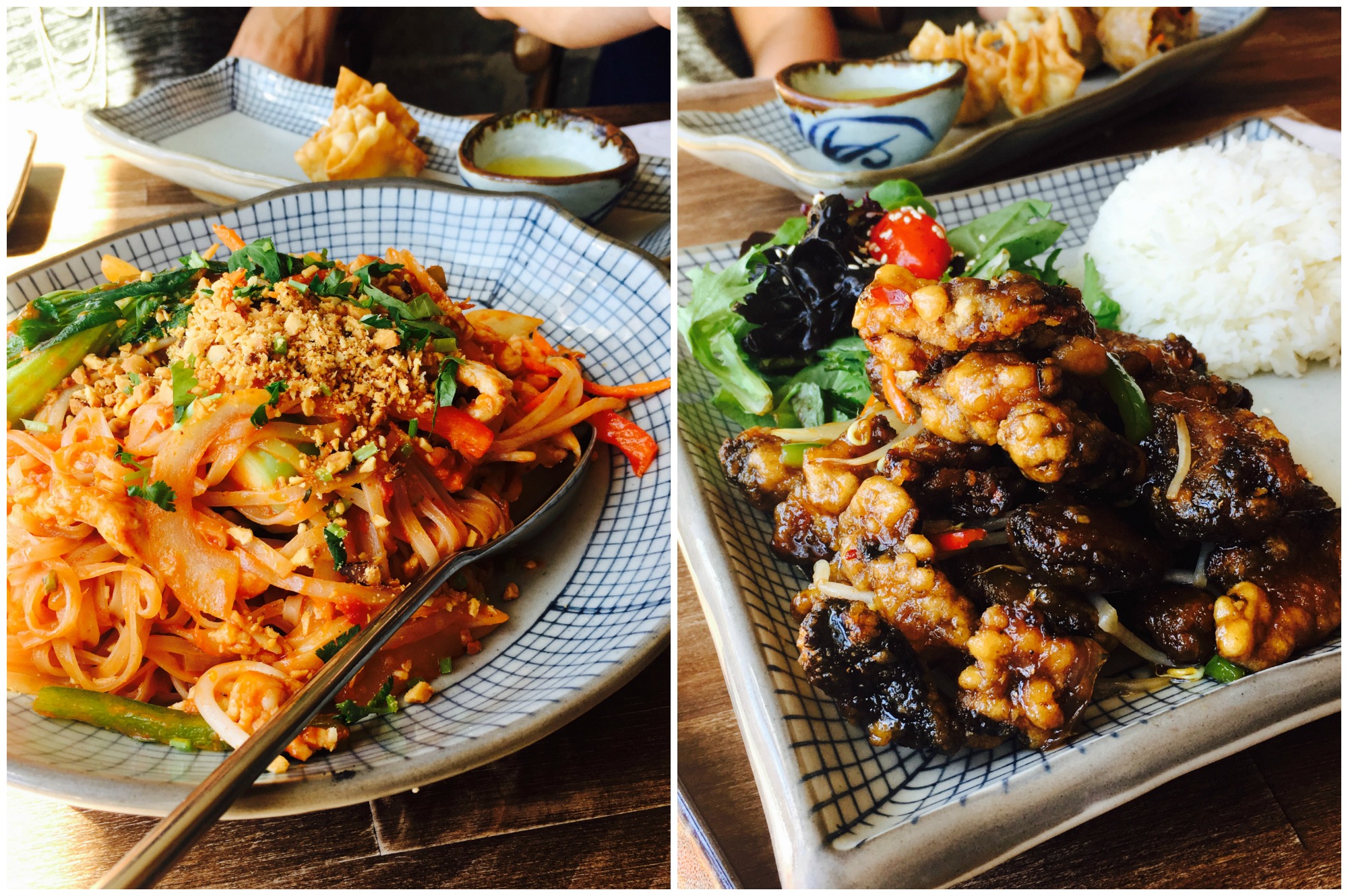 Owned and operated by Andy Yuen, his wife Rachel and parents Sam and Jane, the ingredients, dishes and cooking techniques are inspired by Cantonese, Vietnamese and Japanese cuisines. Things like thick maple glazed bacon and a crispy-edged fried egg atop a heaping plate of Chinese BBQ pork and jasmine fried rice. Crab Rangoon – crispy dumplings stuffed with shrimp, blue crab and cream cheese. When Andy heard we were visiting from Calgary, he disappeared into the back and reappeared with a platter of mushrooms cooked in the style of ginger beef, which was invented in Calgary – thick slices of portobello mushroom fried in a crispy coating and doused in sweet, sticky, gingery sauce, just like ginger beef. It was divine. 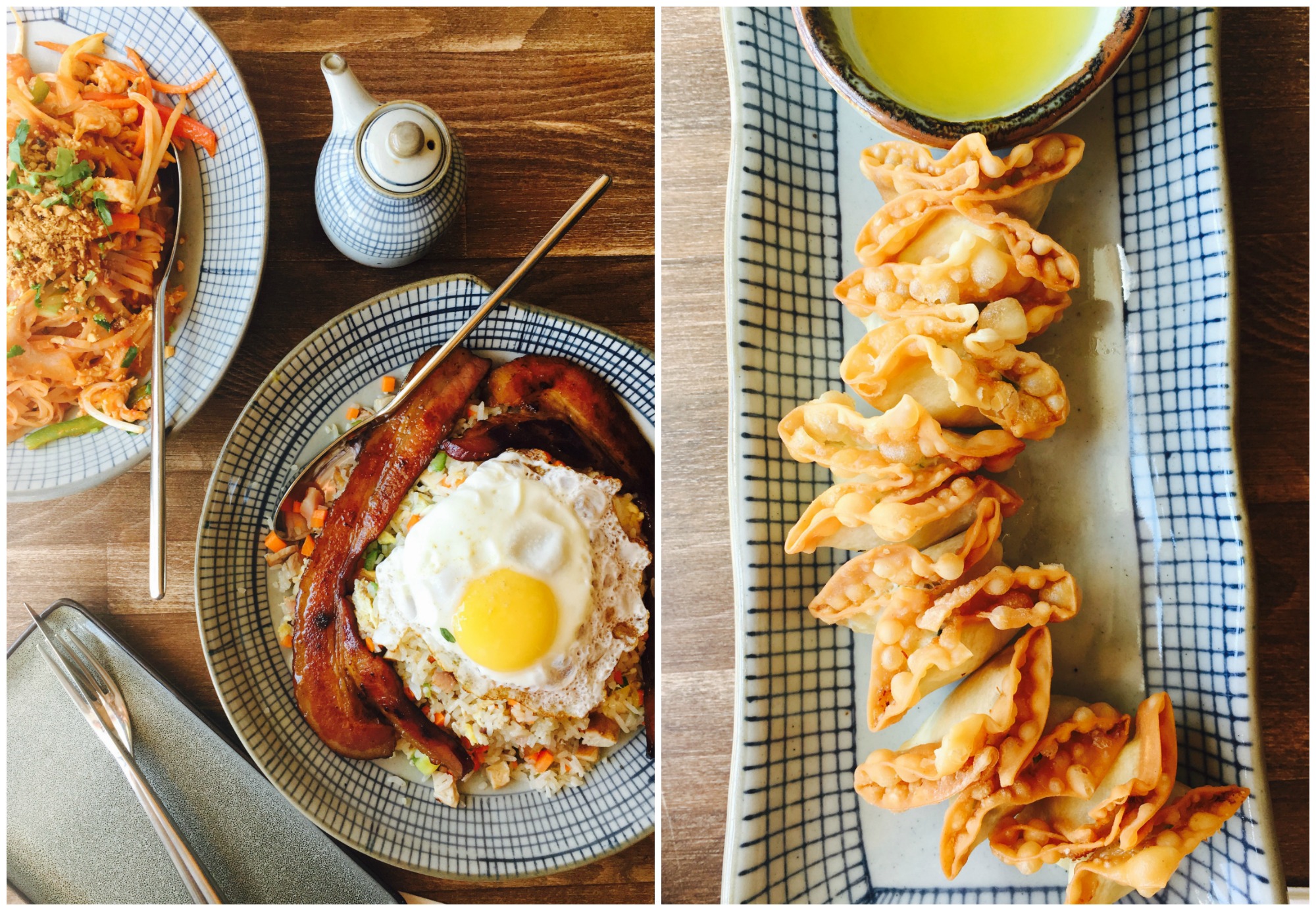 9 Mile Legacy Brewing is right across the street – 20th Street is a good place to be, walkable to downtown and the river and the farmers’ market, with plenty of good places to poke your head into. 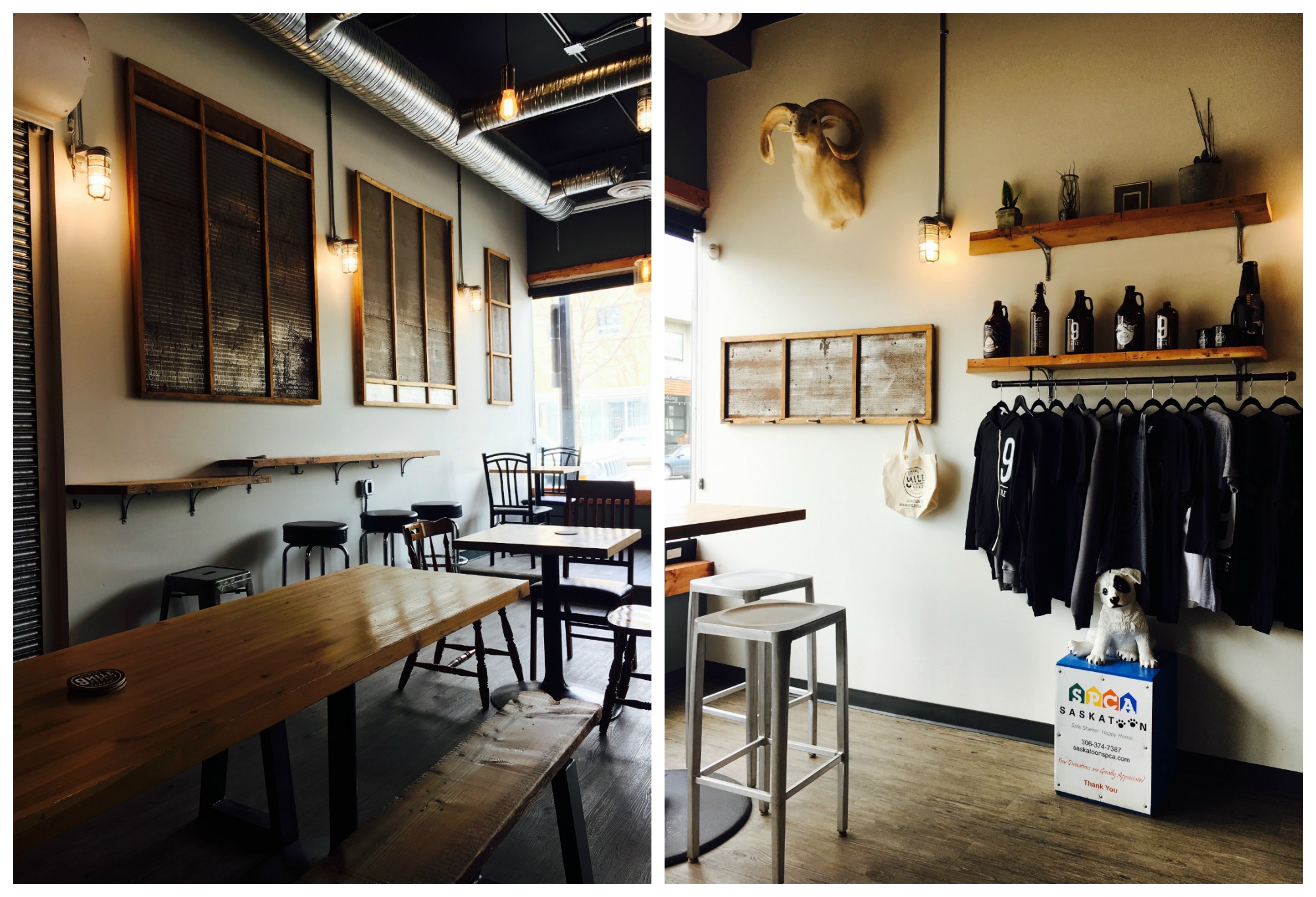 I’m not a huge beer fan (Mike drinks for two), so I had a Puddle Jumper Rhubarb Cider from Living Sky Winery. Rhubarb cider. !!! 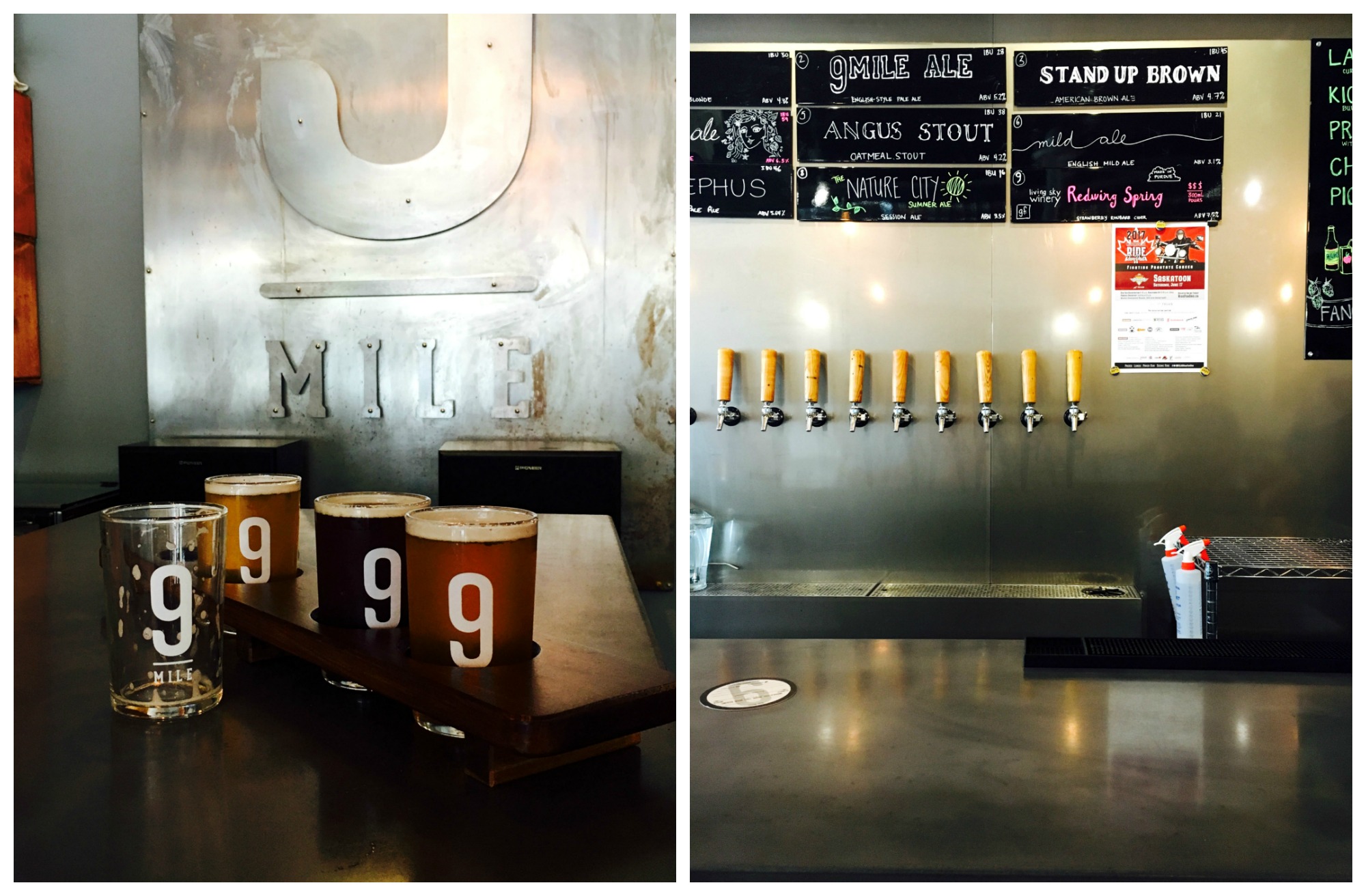 Then there was Sticks & Stones, the latest from Dale MacKay, Christopher Cho and Nathan Guggenheimer. 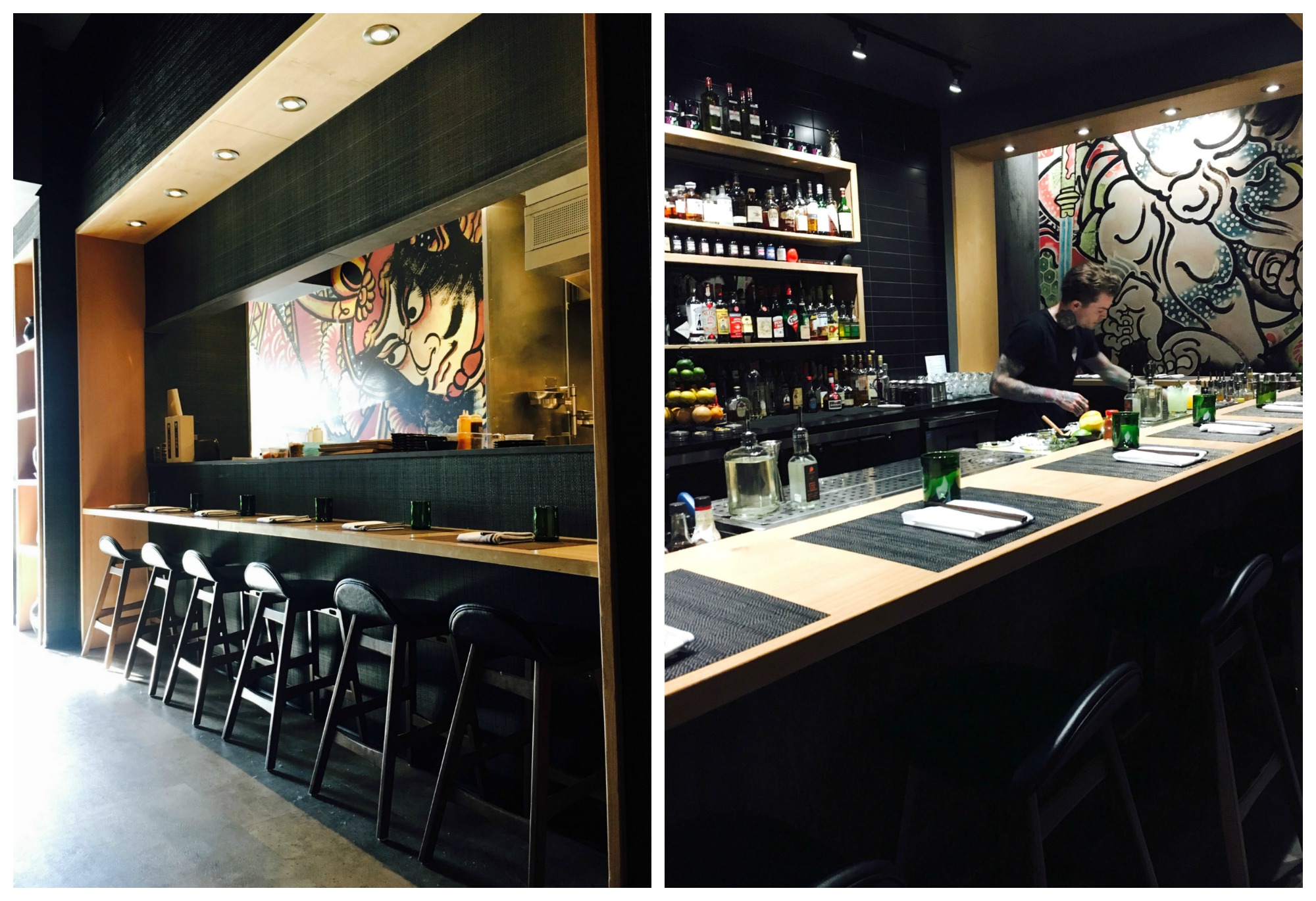 Their cocktail program is amazing (truly some of the best I’ve had) and on the menu: ramen, gyoza, Korean fried chicken, steamed buns stuffed with pork belly, prawns and bulgogi, and sushi rolls. It’s brilliant how they incorporate regional ingredients in dishes like bison tataki and the YXE roll, made with local Diefenbaker trout and puffed Saskatchewan wild rice. (And tempura bananas with peanut butter ice cream + strawberry jam for dessert!) 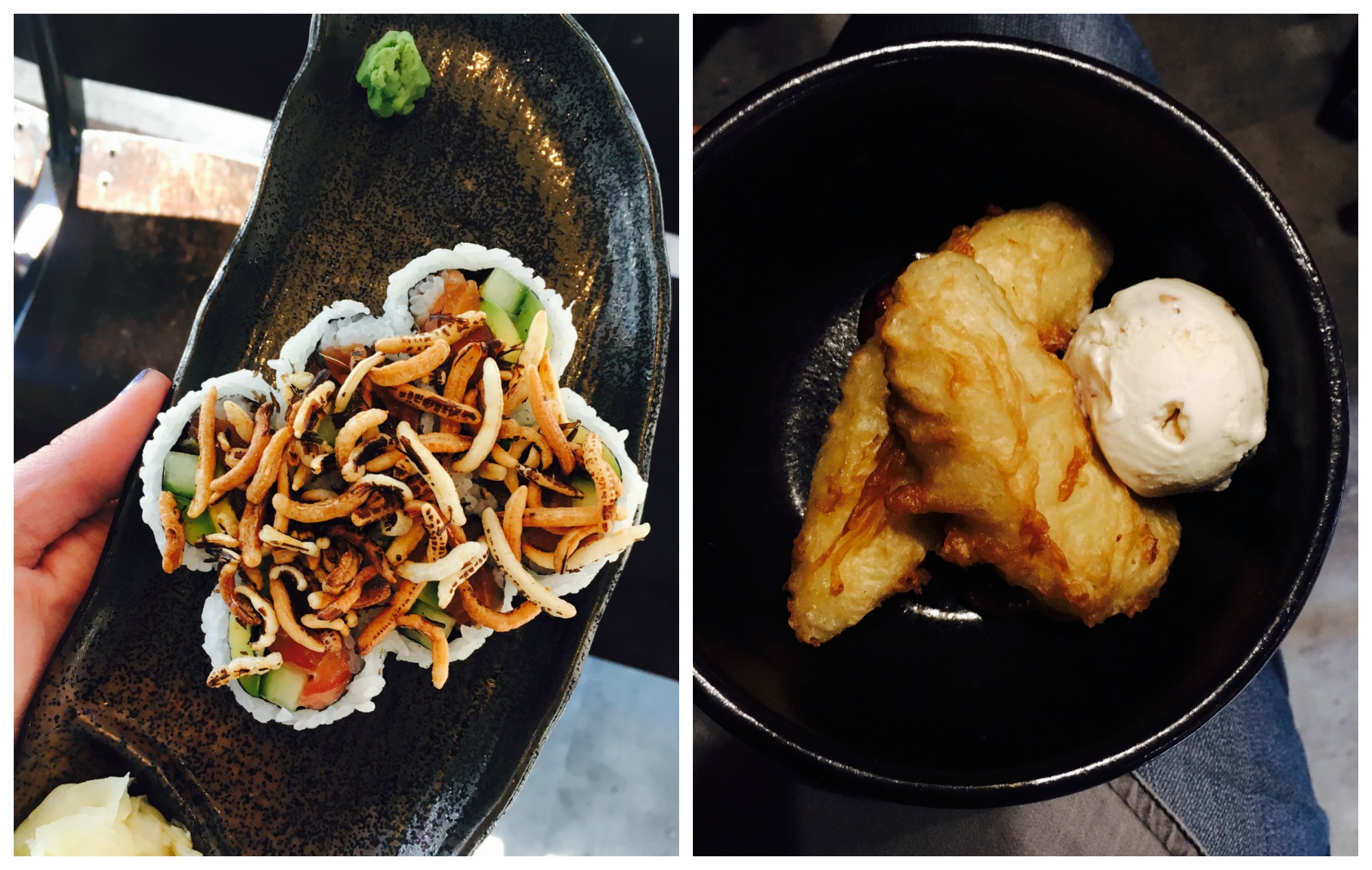 And get this – Cho’s parents came from Cape Verde, an archipelago off the northwest coast of Africa, to visit for a month and teach the kitchen crew how to make kimchi, making enough to set them up for a few months before heading back home. 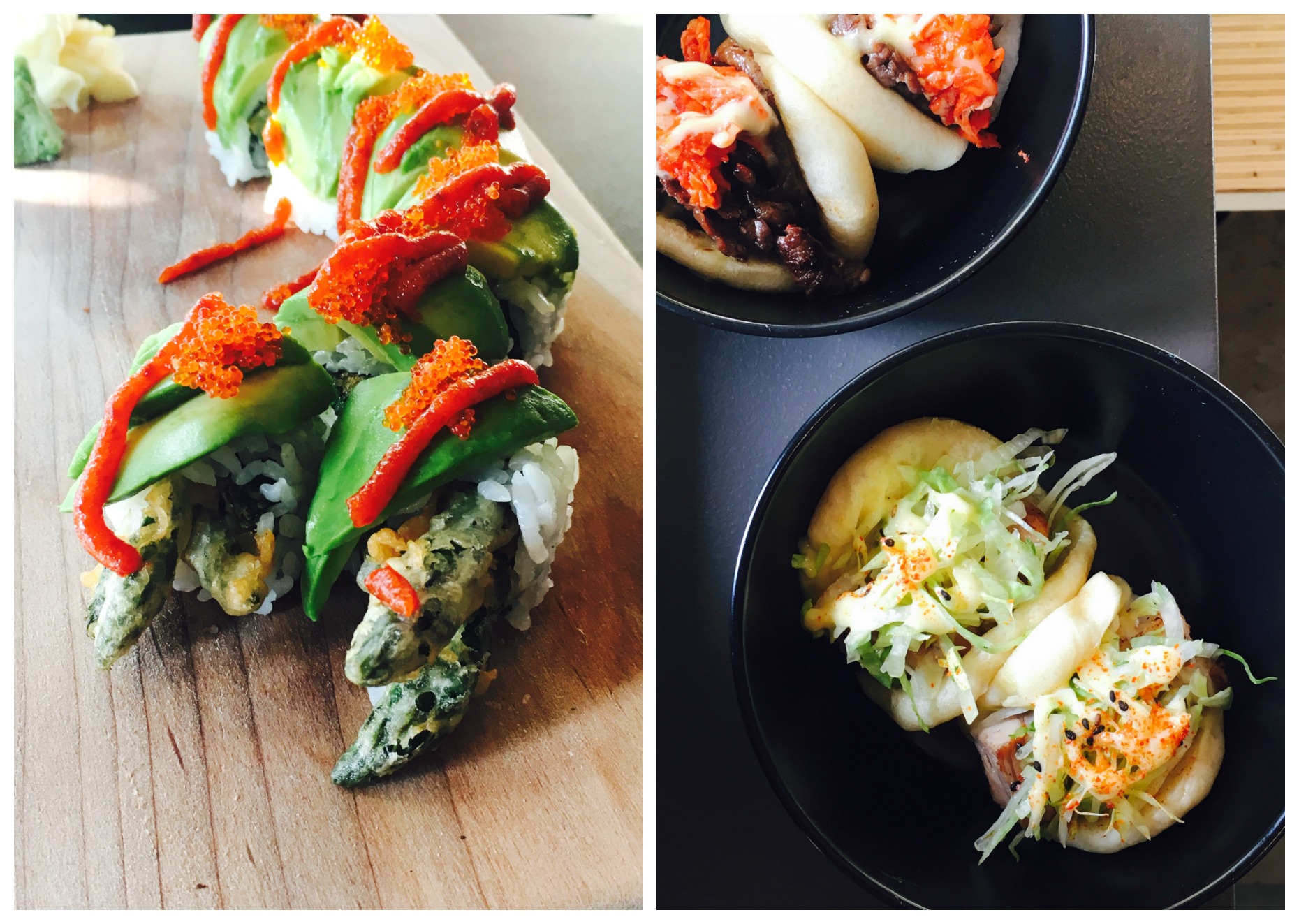 We hadn’t yet been to the original, Ayden Kitchen & Bar, and so corrected that by going to dinner before the Saskatchewan Rush lacrosse finals (who knew I loved watching lacrosse? it’s like full contact running hockey with way more scoring and super enthusiastic fans, at least in Saskatoon) – our favourite was a plate of perogies with leeks, chives, pearl onions and hen-of-the-woods mushrooms. That’s on the left – to be honest, I can’t recall all the details of the one on the right, but it was beautiful and delicious. 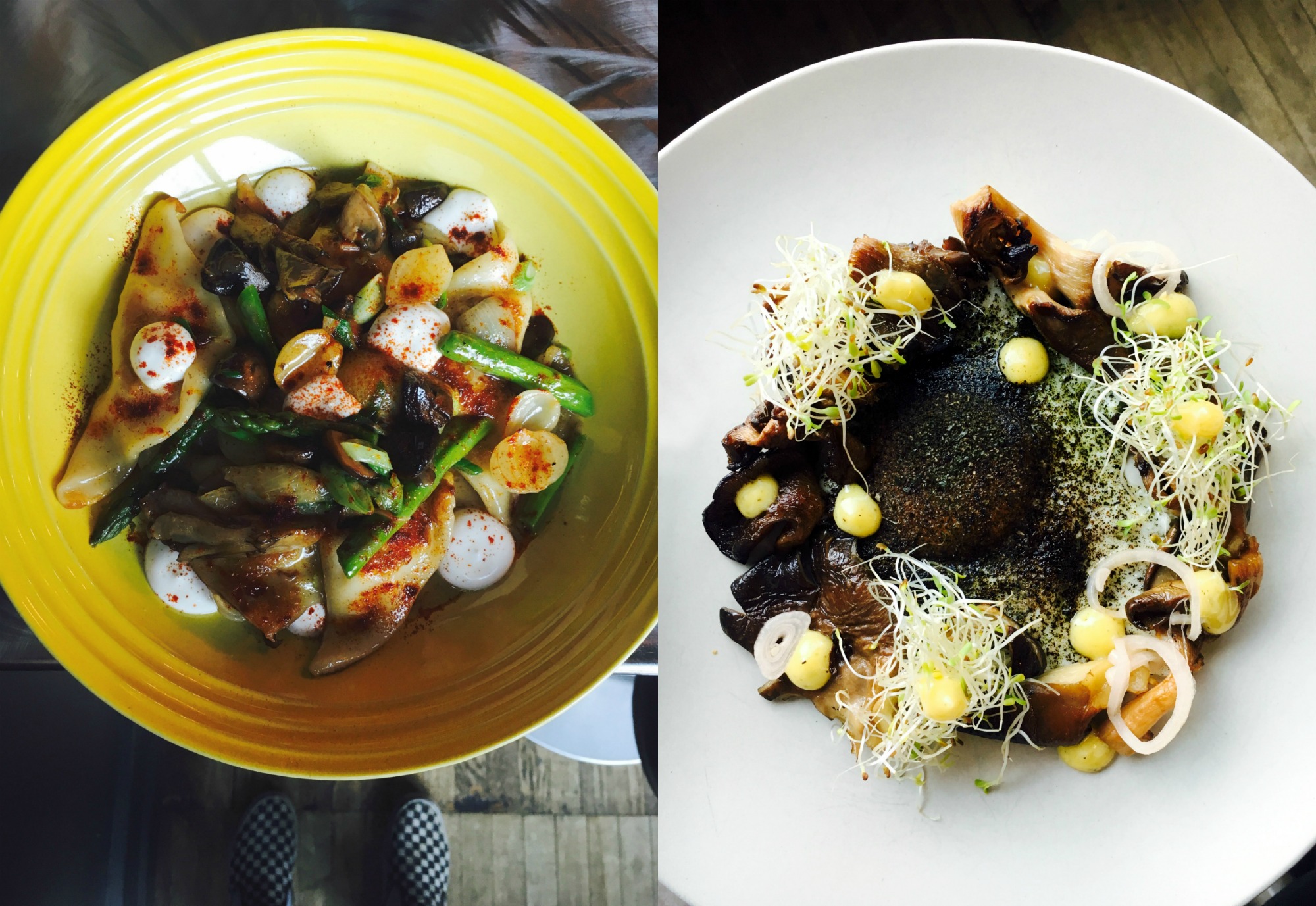 But. Because I’m a sucker for nostalgia and pillows of dough stuffed with potatoes and cheese, perhaps the most exciting part of our trip was meeting the perogy-pinching ladies at Baba’s, where they’ve been making perogies and cabbage rolls by hand for the past 30 years. They’re real perogy pros, right here. The massive sheets of soft dough and expert filling and pinching was impressive. 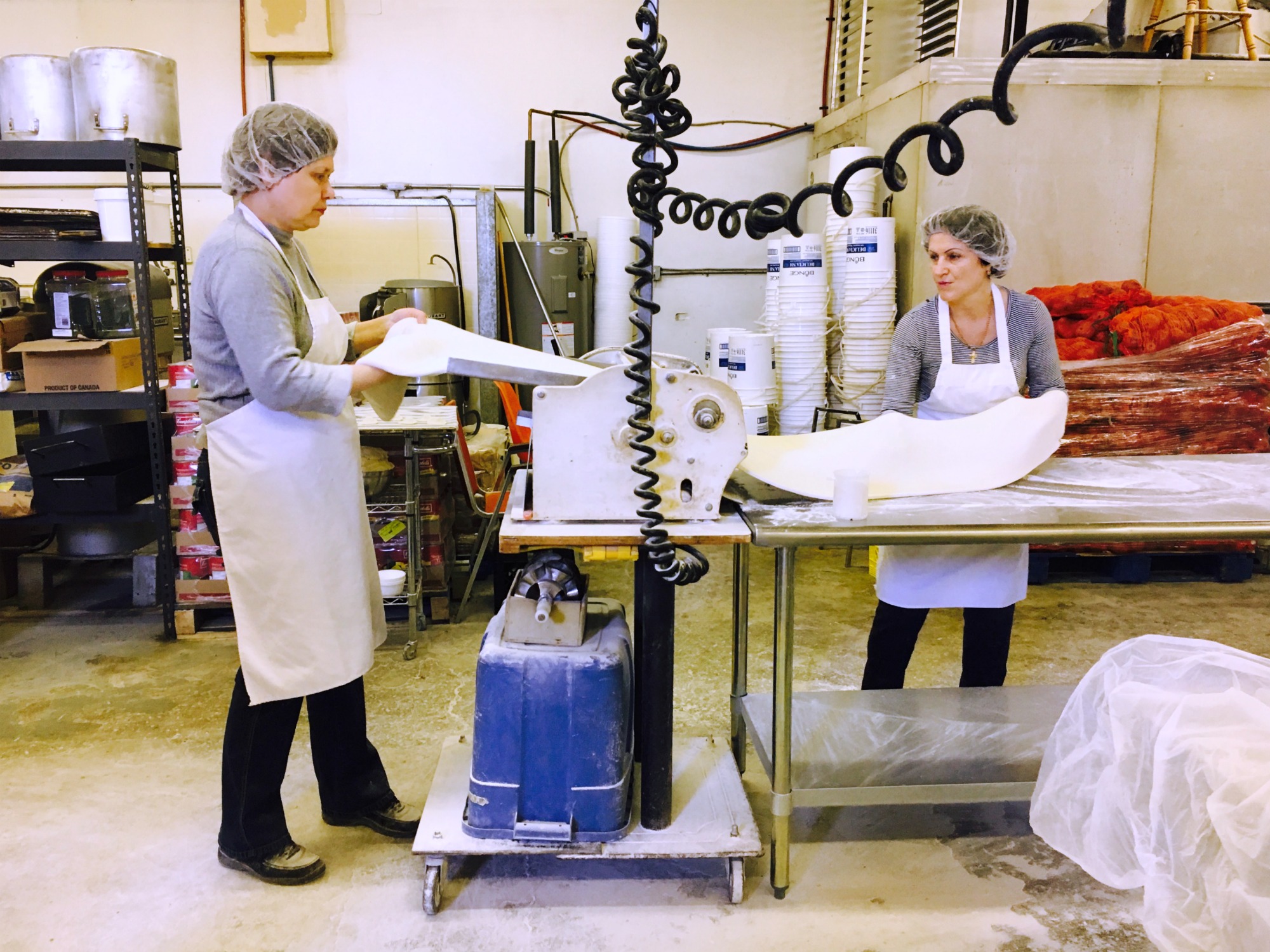 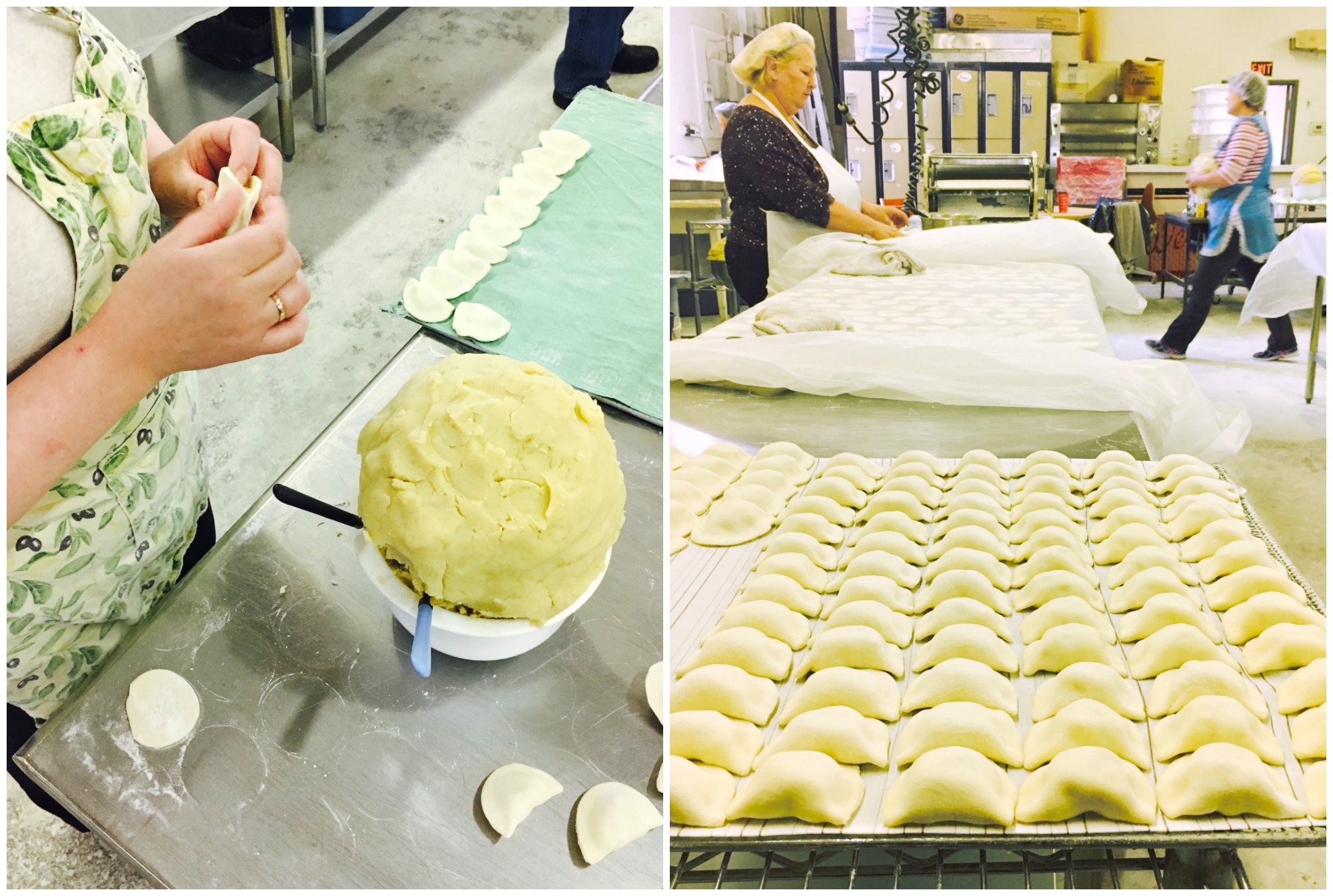 Baba’s is also where you’ll find the world’s only perogy drive-thru, with enough room for a tractor to pull through for a platter of perogies, sausage, cabbage rolls and the must-have side of creamy mushroom sauce. I feel a little more Canadian for having eaten at Baba’s. They didn’t have any cabbage rolls going on the day of our visit – the woman who made them best was away on vacation – but I asked a million questions and took notes. Theirs were perfect – each roll tightly tucked, with a seemingly paper-thin cabbage leaf exterior. Clearly I need a few decades of practice. 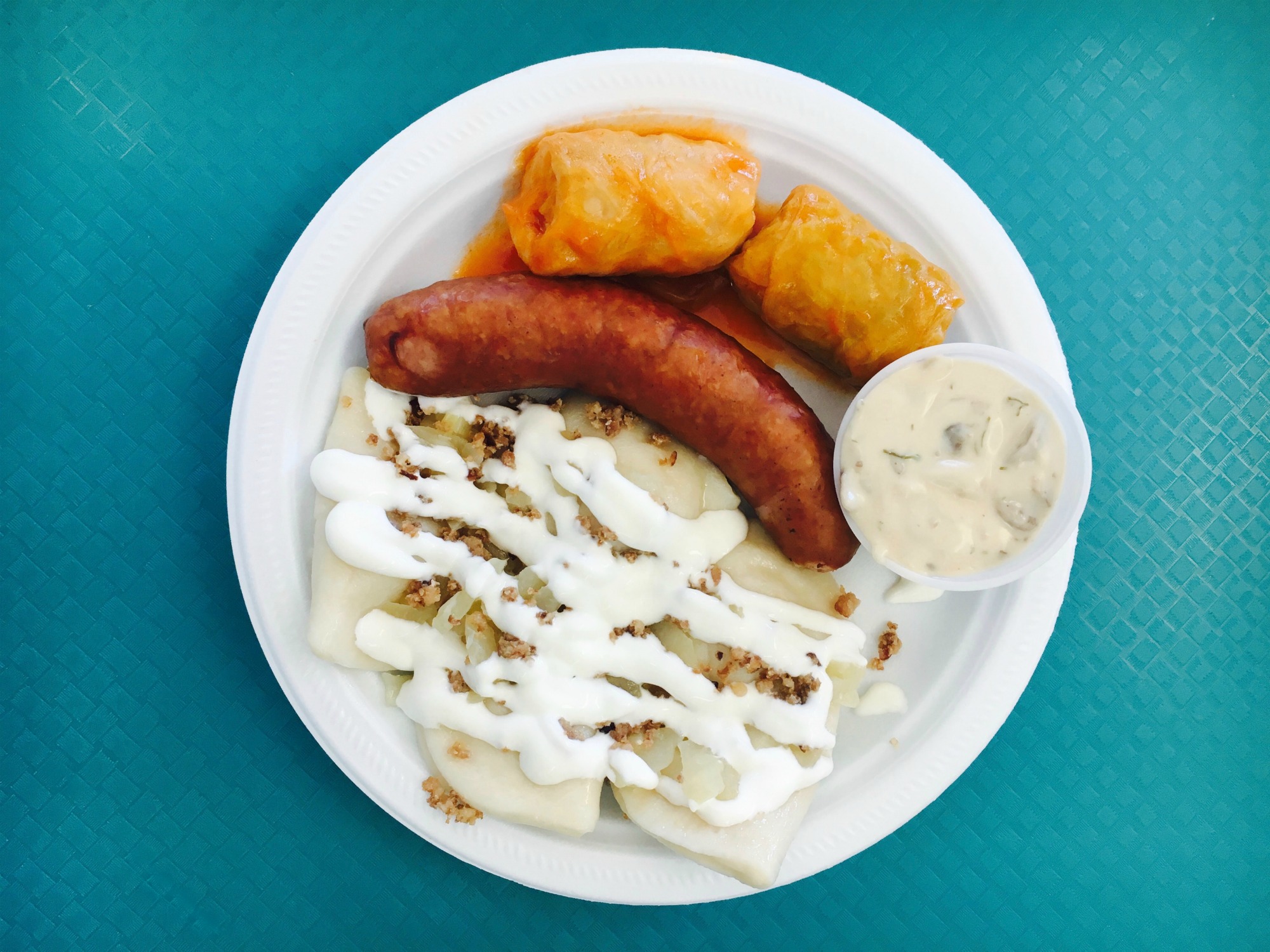 I know there’s more and I’ve missed some things – I see news of openings and closures all the time and try to keep track. I keep notes about people and places I hear about on my phone – I’d love to know your favourite places to add to the list for our next visit. 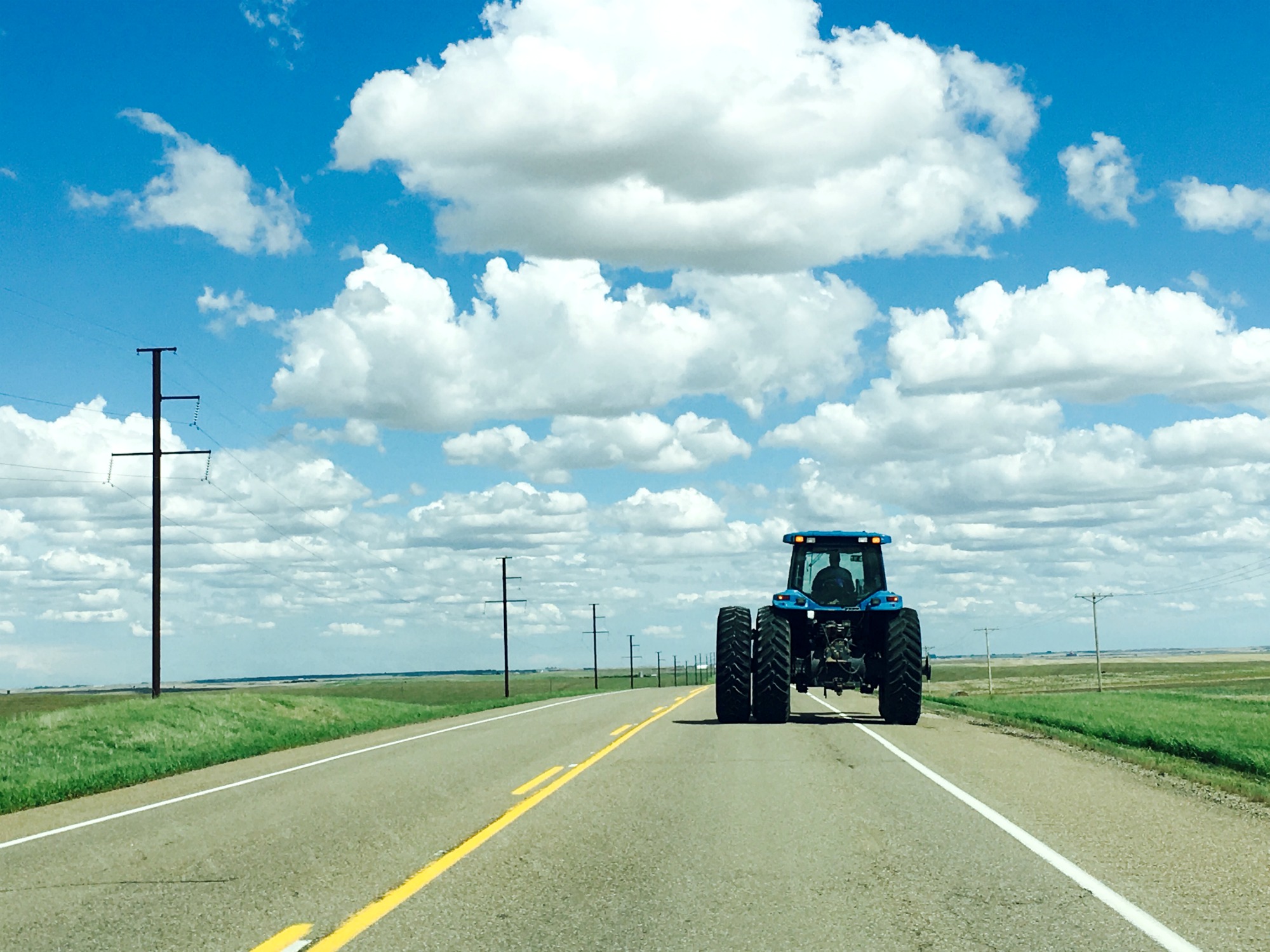 Just came across this from the good folks at the @