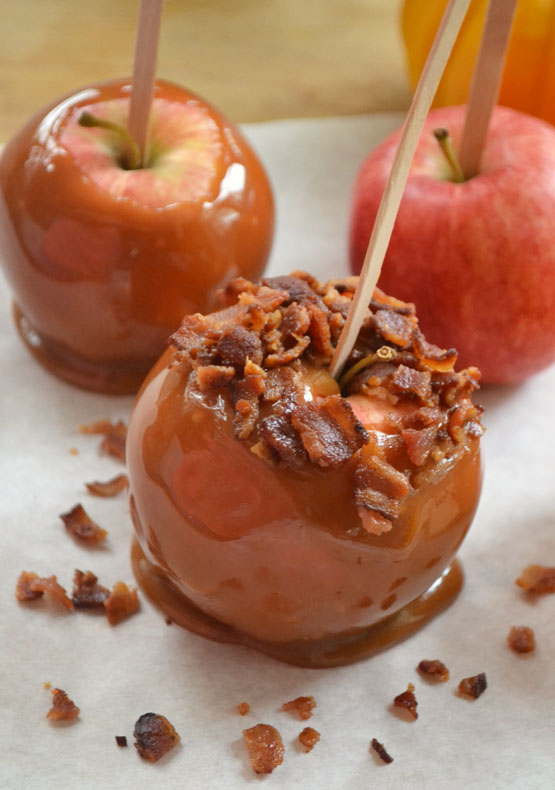 It’s tough not to subsist on midway food during Stampede week – which isn’t to say I’ve been gorging on the stuff, just that you tend to absorb bites of this and that when you’re on the grounds and at events trying to be patriotic, as it were. I was introduced to the fudge apple this week – a tart green apple dipped in fudge instead of candy or caramel – and it occurred to me that I may not have shared this particular baconized item with you yet, and I’d better get it in while everyone is still enamoured with over-the-top food on a stick. If there’s a party in your future, these are a total hit – with grown-ups even more so than kids. (You can always swap chopped salted peanuts or mini M&Ms or broken pretzels or sprinkles for the bacon.) The recipe can be easily doubled (or tripled) for a party – because really, what’s better for a summer party thanContinue reading

Snow in May calls for a sweet, doughy consolation prize. Eat your heart out Hef. Could there be anything sexier? This doughnut could be a cover model. Or a centrefold. Do they even have centrefolds anymore? It wouldn’t need any photoshopping, anyway. Age has brought with it a certain persnicketiness in the doughnut department. At one time I would have been thrilled with Timbits, but I’ve become spoiled – if I’m going to eat a doughnut it might as well be a really fantastically great one. This is not to say I easily shun a box of coffee shop doughnuts should I discover one in my vicinity. Warm ones, made from scratch with real vanilla, are a little more difficult to resist. But why would you want to, when slush is falling from the sky and you’ve pulled out your woolly socks again? I buy this vanilla bean paste from the Cookbook Company Cooks for applications such as this, where the flavour is predominant andContinue reading

Or as Mike called it, “The New Best Thing Ever”, “Heaven in a Bowl”, and “OMGooooooood!!” I know, it doesn’t look like much. It wasn’t planned, and then when it turned out so well I had to grab a bunch out of Mike’s fist in order to document it. I’m not sure how to convey how much better this tastes than it looks. The spur-of-the-moment red tissue may have been a mistake. I’ll take more photos next time – and there will be a next time. We ate the entire batch tonight while decorating the tree. I was just playing, distracted by thoughts of the sugary top of that Skibo Castle Ginger Crunch I told you about. I wanted to make it maple: ditch the ginger, swap the golden syrup for pure maple. Which made me want to add toasted walnuts. I put a slab of butter into a small pot to melt, intending to add another layer to an existing batch, just to try.Continue reading 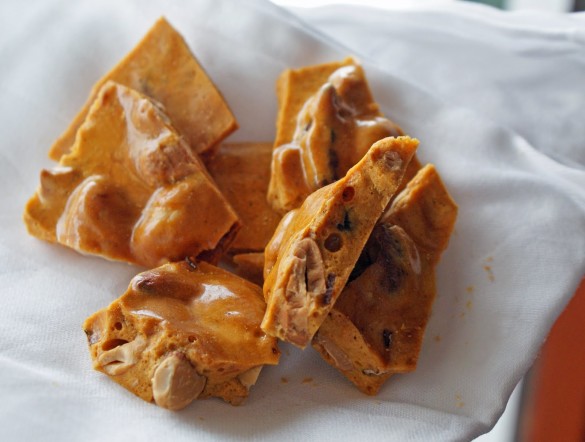 No, not for dinner – but you don’t really want to hear about how I ate chateaubriand all over again, do you? (That’s beef tenderloin with béarnaise sauce – like hollandaise, made with egg yolk and clarified butter. Oh yes. I’m a bit ashamed of myself for how much of it I ate. On everything. Turns out it’s pretty damn yummy on bread, too. And vegetables. And fingers. I gave my dessert to Mike, but downed a few chocolate truffles and fancy martinis. It snowed all day today – thick, slow, quiet snow so ideal for the holidays that I fully expected to see a bunch of JPL elves on the roof outside my session dumping bagsful of fluff over the edge. (You know The Snowman by Raymond Briggs? Like that.) We snuck out for an hour in the afternoon and made snowmen and threw rocks through the thin ice at the edge of the lake. I don’t want to go home tomorrow. How couldContinue reading

I have to admit I like the idea of candy apples much more than the apples themselves; the caramel variety is almost impossible to get a grip on, the caramel slipping across the smooth apple skin as you plow it with your teeth. And I’m never quite sure how to approach the hard red candy kind; there is no way to be delicate when sweet shards are shattering all over your face, sticking to your cheeks. That said, I can’t let Halloween go by without making them. While we’re being honest, I may as well admit that I don’t generally make the caramel kind because those little square caramels and I have a history; namely I was completely and all-encompassingly addicted to them a few years back. It was right after W was born, when people kept saying to me “you’re breastfeeding – you can eat whatever you want and you’ll totally lose weight!” Bollocks. I of course wanted to believe this and so putContinue reading 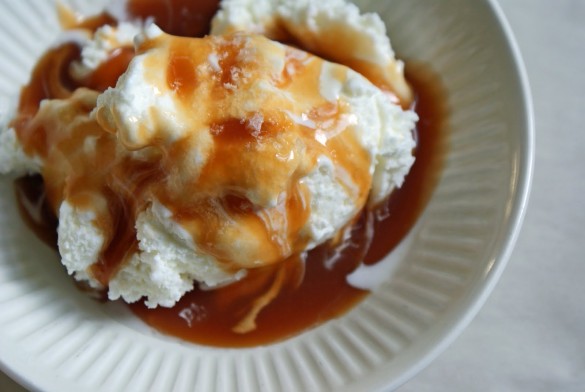 For as long as I’ve had the faculty of memory, and for as long as he was alive, my Grandad ate butterscotch or caramel sundaes for dessert. Sometimes it was a variation on the theme; bananas sautéed with butter and brown sugar (add some rum, stick a match to them and you could call it bananas Foster) were the biggest request when my Grandma was gone and my mom went to stay with him. It’s difficult to imagine anything simpler or more of a comfort than bananas sautéed in butter and sugar and spooned over ice cream or warm pancakes or wrapped in a crepe. On regular weeknights he had vanilla ice cream with butterscotch marble, or a dish of plain vanilla with butterscotch or caramel syrup drizzled over top. During one visit my Dad attempted to impose his own healthy eating habits on him; since Grandad never dished out his own ice cream – my Grandma would go serve it up while he stayedContinue reading

I planned to let you all know yesterday that I was pregnant. I found out the morning of Canada Day, thinking it would be smart to pee on that stick before the onslaught of parties and Stampede, and having just brought home 23 cases of beer (from the CBC beer pool). Instead, the pregnancy ended. It was early – between 6 and 7 weeks, and it was only for 10 days that we believed a new baby would be arriving in March, but I can’t seem to sit down in front of the keyboard and spin tales of what we ate as if it was just another day. I’m glad it was so early – my first pregnancy ended the last day of my first trimester – and I know it’s common. It still sucks. (For those keeping tabs: that’s a new roof, $3000 worth of dental work, a tax audit, a he-nearly-died medical emergency (not mine) a pregnancy and a miscarriage in a littleContinue reading 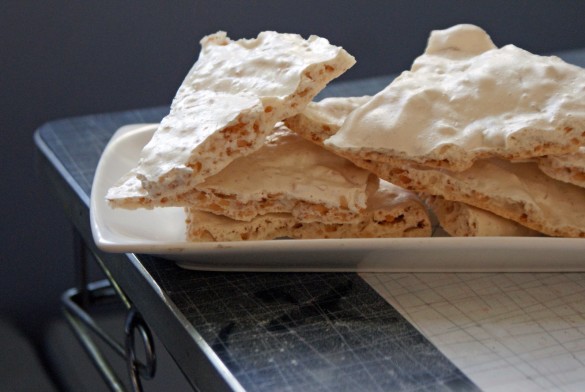 I know better than to separate a whack of eggs at once without using a little dish as a buffer, in case I should nick one of the yolks and taint a half dozen whites. But I always get a little smug when I need to separate a lot of eggs into whites – it’s like my own private version of bungee jumping – and as if it’s a big deal to add one teeny more dish to the overflowing sinkful, I always just go ahead and live on the edge. And so the other day as I was making a hundred teeny pavlovas for my little cooking show at Stampede, I broke a yolk five eggs in. I tried to scoop out the offending yellow with a piece of cracked shell and thought I got it all, but those whites refused to reach their full potential and I was left with a bowl of flaccid meringue and nothing to do with it. So IContinue reading 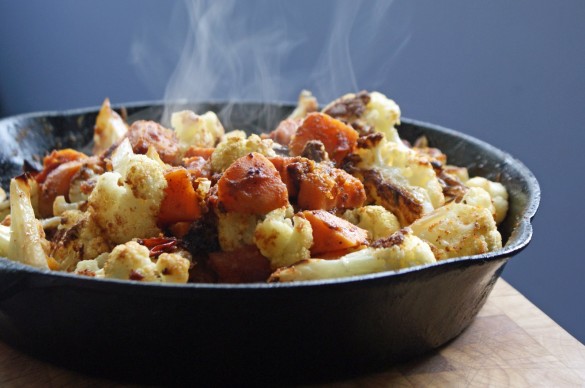 The City of Calgary asked if I would share some of