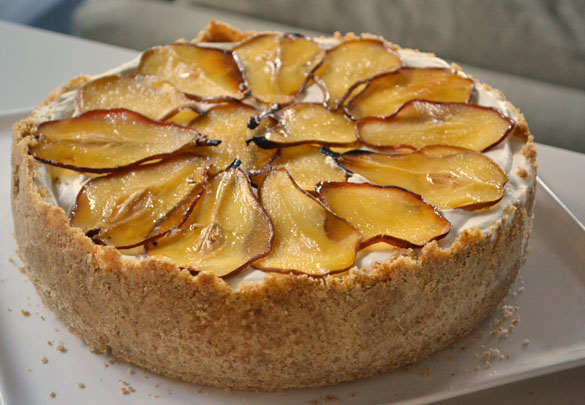 When you’re a kid, having sisters is not that exciting. They borrow your clothes and pretend they’re you when a boy calls. But when you’re a grown-up, having sisters that live in the same city is pretty grand, especially when they’re good cooks. I may have mentioned before that my youngest sister is a fantastic cook. (Not the one who lives across the street – although she has fed me well, it’s not as much her thing.)

She always brings stunningly delicious things to family dinners, and this time it was her first attempt at a no-bake cheesecake. (A great idea, I think, when the oven is full of a turkey.) I admit to some cheesecake snobbery – I generally dismiss no-bake cheesecakes, but this one was not set with gelatin, but was a soft mixture of cream cheese, whipping cream and pure maple syrup, with thinly sliced roasted pears on top. (I love her use of red-skinned pears here.) 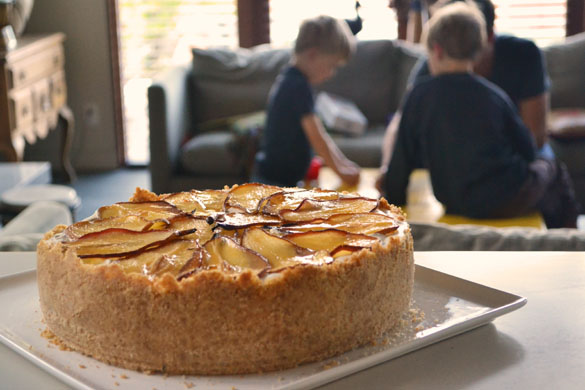 She used a Martha Stewart recipe – and doesn’t it look even better than the picture? The pears were sliced by hand, which she said was easy – no need for a mandoline. It was softer than she’d have liked, even straight from the fridge – almost like a delicious mousse – and the maple flavour was subtler than we expected. (This is common in maple desserts – I’d bump it up with a teaspoon of maple extract, or just go the vanilla route.) 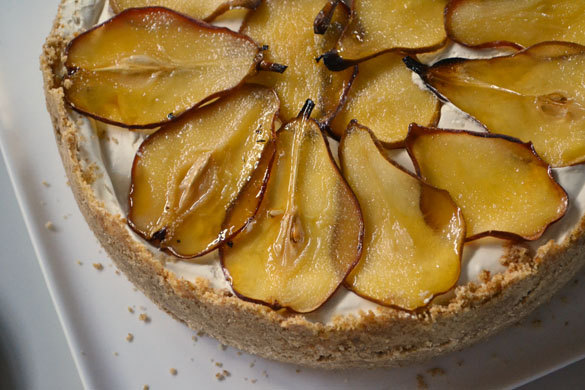 Also? The suggested serving size – 6-8 – is hilarious. It easily serves two to three times that – there were 14 of us, and I brought home the leftovers. I can’t imagine divvying this up into six slices. (A good reason to have dessert first?)