I joined Jann and Adam on this weekend’s Jann Arden Podcast! We talked about how we went on a guerilla potato planting spree a few weeks ago…

Friends!! I’ve been working on a sort of experimental project. It’s been super fun. It’s Hip to be Square is my first digital recipe download! It’s a collection of a bakers’ dozen (13!) of my favourite recipes for squares (and a few bars!), from Nanaimo bars to butter tart squares to Sweet Maureens, to download and/or print for your holiday – or year-round – baking pleasure. Cookies get all the attention at this time of year, but a pan of squares is perfect for packaging up to do door drops.

Hey friends! So I’ve had an idea brewing for awhile now, and it seems like a good time to jump in and just do it already. I promised myself I’d get it out there by December 1, and I’m just squeezing it in before my midnight deadline. I’ve been trying to reimagine how to best utilize all the digital technology that’s available to us to do more fun things between my kitchen and yours. I’ve been getting a ton of requests for Zoom cooking classes throughout the pandemic, and have been trying to wrap my mind around how to best accommodate more people – most of the classes and events I’ve been doing have been for private companies, agencies and organizations, some of them fundraisers, cooking shows and such… but I’d like to do more classes that are open to anyone. (Remember back in February, we had the first of what was supposed to be a series of real-life and live-streamed kitchen parties? The secondContinue reading

Who has leftover roasted turkey in their freezer from the holidays? I do. For the past few years, I’ve turned some of those leftovers into cheesy baked buffalo turkey dip, and it generally coincides with a TV event that calls for extra snacks. Of course, baked dips don’t require any particular occasion – Netflix is a totally legit excuse to make a gooey, cheesy dip too. It’s so fantastic—the very best kind of curl-up-on-the-couch food.

Hey all! The latest episode of Crispy Bits (the podcast!) is out! This one’s short and sweet – a quick chat with vegan YouTube superstar Lauren Toyota of Hot for Food (before we went for lunch at the Dandelion Cafe – vegan chicken and waffles!) – have a listen!

I realize plums aren’t in season right now, but focus on what’s underneath: a crunchy shredded phyllo-wrapped ricotta cheesecake of sorts, which like other cheesecakes can be topped with just about anything, including whatever fruit you currently have in the freezer, simmered with a bit of sugar or honey and spooned overtop. I wasn’t sure what to call this – it’s not really pie, nor cake; I settled on torte (as have others) because it’s a sort of blanket term for a dense cake, and it is baked in a pan and served in wedges. What makes it unique is the kataifi, finely shredded phyllo pastry you can find alongside the frozen phyllo at any Middle Eastern grocery, and even in some grocery stores. It’s lovely to work with.

Those of you who have been hanging around awhile may remember when we acquired a weeks-old black dog with white socks and a star on his chest – Lou, who we adore, even when he gets skunked and even though he hasn’t always been a good dog. (Fortunately he has outgrown puppyhood.) (Cuteness in puppies must be a means of self-preservation.) These days, Lou likes to wait until we’re asleep, then climb up into bed and stretch out the length of the bed, nestled into the pillow with his paws up over his head. Or sneak into my side of the bed when we go out, leaving fur and muddy evidence on my pillow. Living with him + the squirrel in the tree in our back yard is like living with Wile E. Coyote and the Roadrunner. This spring, Lou was hard at work testing recipes for In the Dog Kitchen, which just arrived from the printer! (!!!) It’s so pretty. It’s making its wayContinue reading 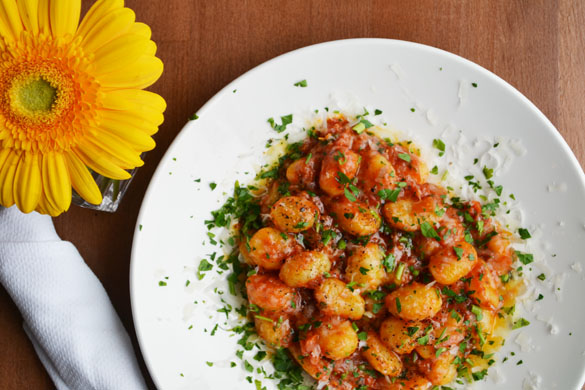 I often get asked for food photography tips, and I’ve been meaning to put together a post on what I’ve learned that might be helpful. And so here I am, actually doing it. I have no recipe today, but – To celebrate my birthday I’m giving away a Canon EOS Rebel SL1. Canon Canada supplied me with a Rebel SL1 and lenses to try out myself, as well as one to give away to one of you! And just in time – my old camera was dying a slow death. Photos are obviously a big part of what I do – food is so visual, and blogs tend to be reflections of ourselves, our personalities showing through our photographs. I shoot for my blogs as well as my cookbooks, and take photos to accompany articles in newspapers and magazines – my cameras are well used (and abused). I’ve been working as a food stylist for print and TV for years (those posters at Jugo Juice?Continue reading

A shy woman and her daughter approached my friend’s ravaged house yesterday afternoon as a dozen muddy volunteers hauled its contents out of slimy, clay-like mud and water. “Are you the homeowner?” they asked him, “we made you some soup.” It was frozen and labeled. There is so much destruction, but so much more awesome. There are pop up food stands on practically every corner in the worst areas of Calgary – Mission, Rideau/Roxboro, Sunnyside, Elbow Park (where my sister lives), Inglewood (my ‘hood, which was spared from overflow from the river, but not from muck coming up through old pipes) and Bowness – where Mike has been every day helping our friends haul the wrecked contents of their house out onto the street. Including a 48 track recording studio they had built in the basement, and tons of instruments and music memorabilia. (Stuff from the Clash! A Rickenbacker signed by Lemmy!)

ARE YOU READY FOR THE MOST AMAZING STORY??? A few

Pie night is one of my favourite nights of the yea

I love how many of us are in this boat.

Whomever said nothing tastes as good as skinny fee

I go out for walks every day, and it never occurs

Peonies are here! I can’t get enough of these..

Did I just get lucky?

My morning view... I get a lot of questions about