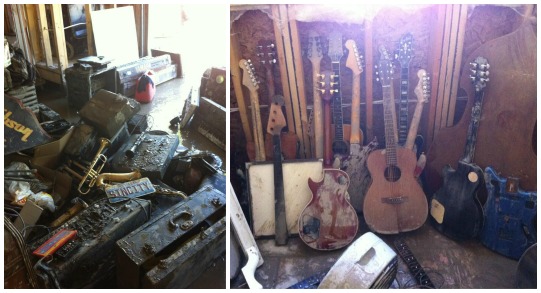 A shy woman and her daughter approached my friend’s ravaged house yesterday afternoon as a dozen muddy volunteers hauled its contents out of slimy, clay-like mud and water. “Are you the homeowner?” they asked him, “we made you some soup.” It was frozen and labeled.

There is so much destruction, but so much more awesome. There are pop up food stands on practically every corner in the worst areas of Calgary – Mission, Rideau/Roxboro, Sunnyside, Elbow Park (where my sister lives), Inglewood (my ‘hood, which was spared from overflow from the river, but not from muck coming up through old pipes) and Bowness – where Mike has been every day helping our friends haul the wrecked contents of their house out onto the street. Including a 48 track recording studio they had built in the basement, and tons of instruments and music memorabilia. (Stuff from the Clash! A Rickenbacker signed by Lemmy!)

Some neighbourhoods were far luckier than others, but some are just getting their power back now, after 7 days – and some, like Bowness and Victoria Park, still have no power. 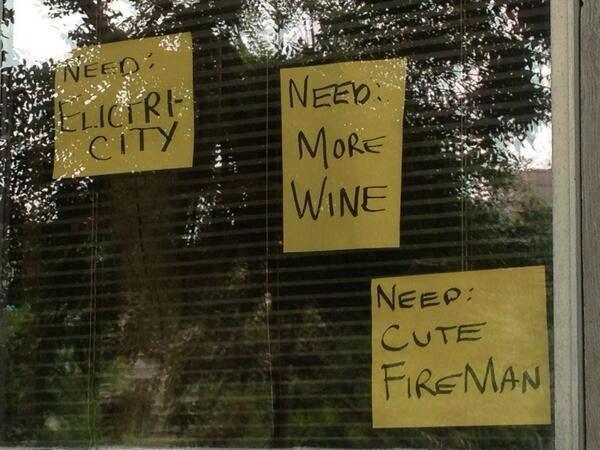 (I don’t know who took this shot, but it’s all over social media – thanks to whomever captured it for sharing so many smiles.)

So I hope you’ll understand my radio silence – it occurred to me yesterday that for the first time I haven’t posted in a week. But I can’t bring myself to do anything other than help -everyone is pulling together and doing what they can- and I know you guys will understand and will be here when I get back. (PS: I bought these polka-dot boots last Wednesday night on a whim. Who knew?)

In Calgary, Mud is the New Black

61 comments on “Hello from the Muck”