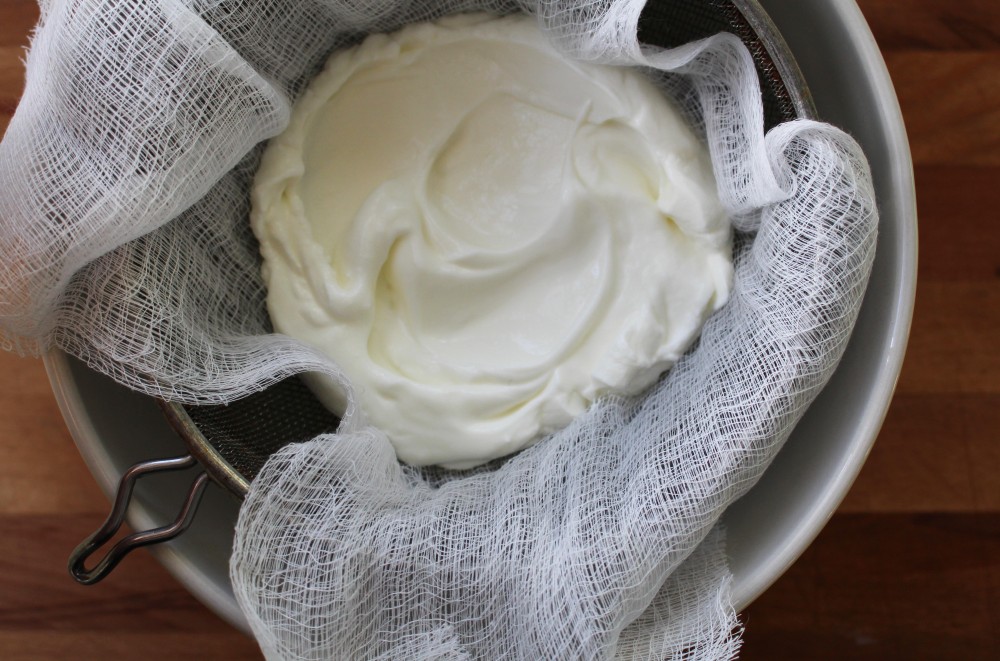 I’m a sucker for instant gratification – or at least big rewards for minimum effort – but mostly that feeling like I’ve actually accomplished something that didn’t take any time at all, like when you write “revise to-do list” on your to-do list, so that you can cross it off immediately.

Labneh – or yogurt cheese – is thick, creamy and pricey if you buy it in the store – but really all it is is good plain yogurt, strained until enough whey runs off to give it a consistency somewhere between Greek yogurt and mascarpone. Leave it to strain even longer and it will get firm enough to roll into a log, or wee balls. Some people store marbles of labneh in a glass jar with fresh herbs and citrus strips, covered with olive oil. I kind of like it spreadable – you can even sweeten it, with a bit of maple syrup or honey. 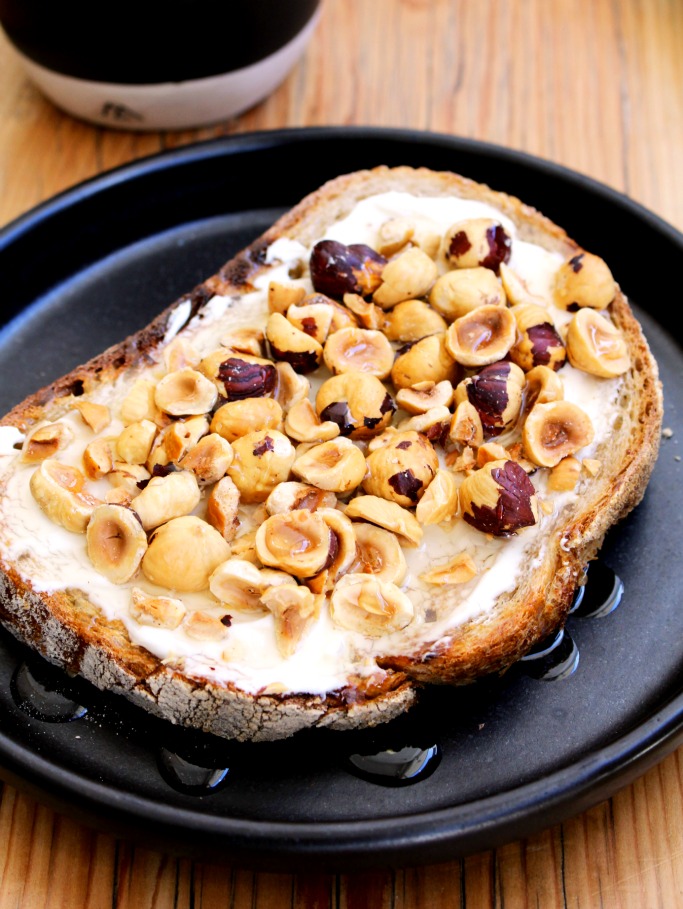 If you go to Monogram Coffee in Altadore (conveniently located by the dog park), they spread it thickly on good toast, then smatter it with toasted hazelnuts and drizzle the whole thing with nice honey. Which is totally a thing you could do at home. (I just wish I could do the lattes as well.) 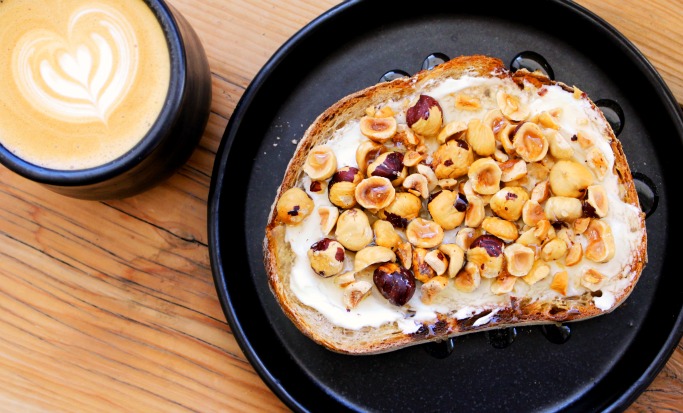 You don’t need a recipe here – all you need is some good, plain yogurt (not the kind with gelatin added to stabilize it), a sieve and a piece of cheesecloth or a coffee filter. Place the sieve over a bowl, line it with the cheesecloth or coffee filter, and spoon in as much yogurt as you want to strain. (Expect it to reduce by about a third.) The resulting whey still has plenty of good things in it, including protein – use it in bread dough, pancake or muffin batter or add it to a smoothie. 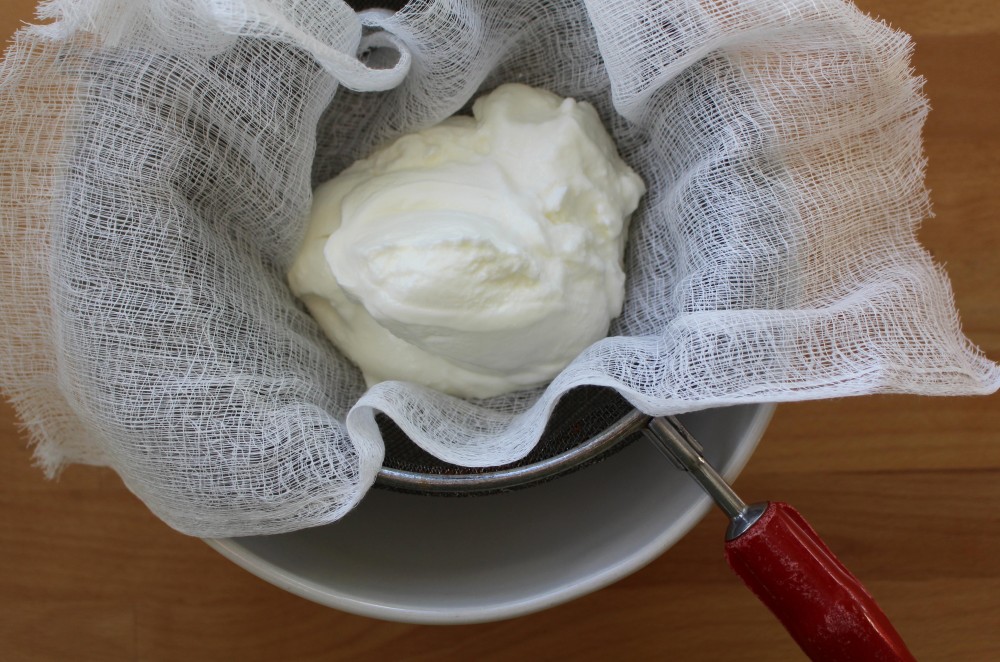 So that’s it – let it sit until it’s as thick as you want it to be, then cover and refrigerate. Use it to spread on toast (and top with the aforementioned toasted nuts and honey, or a nice thick jam), spoon into a shallow dish and sprinkle with salt, good herbs or za’atar and olive oil to drag fresh pita through, or if it’s thick enough, roll it into marble-sized balls, then roll them in good dried herbs, seeds, or marinate them in good olive oil with a bit of orange zest, pinch of red chili flakes and a sprig of rosemary. 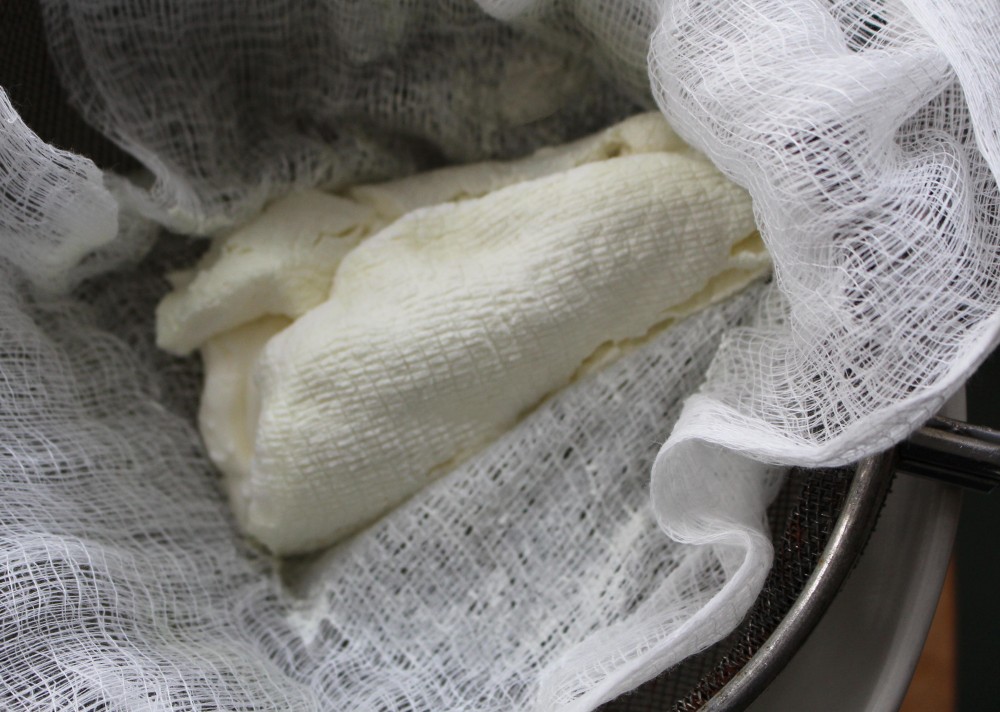 Let me tell you, when life feels like an out of control carnival ride and your to-do list seems to self propogate, a batch of homemade labneh in the fridge makes it at least seem like you’re somewhat on the ball.