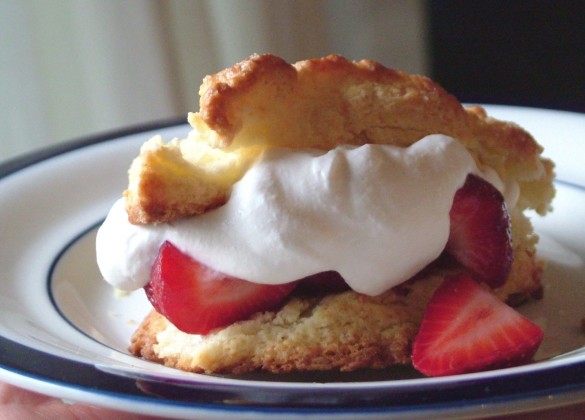 It occurred to me as I reached the late 90s that I should do something to commemorate my 100th post. 100! It’s astounding how much one can accomplish when one forces oneself to do a little bit every night.

I quickly emailed my family, inviting them all to dinner to celebrate. This is how I “entertain”: invite now, think and clean up later. It’s the old “throw your hat over the fence” analogy: if you throw your hat over the fence, you have to climb over and get it. People always ask how we have time to have parties or people over for brunch or dinner – if you wait until there’s a gap in your schedule, you’ll never have time. Just invite people over, and you’ll find it. Plus if we never had people coming over we’d never be forced to clean the house properly.

But. There were 8 adults coming to dinner, and 5 kids aged 2, 3, 5 and 9. All were arriving at times their schedule would permit. Mike thought I was going to make something ultra-fancy, but when I invite family or friends over for dinner I do it for the company, not to be all gourmet about it. (Although, admittedly, people are often used as guinea pigs around here.)

Solution: ham. (Question: why do they call it baked ham, but roastbeef or turkey, when it’s the same process?) Ham is already cooked, so all you’re doing is glazing and reheating it. It’s impossible to screw up. It isn’t going to be ruined if people are late. Everyone can carve off as much as they like, and it’s just as fine at room temperature than fresh from the oven. Kids love it. Plus it makes the best leftovers. I’ve had my eye on this spinach-potato-ham hash with poached egg on top on the cover of last month’s Canadian Living.

Unfortunately, my plan was not as obstacle-free as I intended, but I did learn something from the experience. I sent Mike to the grocery store and he came back with a smoked pork shoulder (also known as a picnic ham, I imagine because its smaller size makes it more portable for those types who would lug an entire ham along on a picnic), something I hadn’t cooked before. It had a thick layer of fat and skin on top, and was tightly wrapped in mesh. Although it was cured, so presumably the same as any other smoked ham and not a raw pork shoulder that would require lengthy cooking, it had these vague instructions on the package: cook and eat. So was it cooked? Uncooked? It was smoked, so that should have answered my question, but this is the sort of thing you want to be sure of when you have 14 people over for dinner. I Googled it, and every site I found seemed to think the thing needed to be braised, but it wasn’t raw. Apparently there are partially cooked smoked shoulders and fully cooked smoked shoulders, but there was no indication which this was. Ultimately I decided to take the advice of one site and cover it with cold water in a large pot, bring it to a boil and dump the water out to draw some of the sodium out, then fill it halfway full again and braise it for an hour (braising is a long slow cooking method with some moisture involved), then pulled it out, scored the skin and popped it in the oven like I would any other ham. The biggest problem seemed to lie with this slab of fat and skin on top – presumably what would turn into those cracklings everyone makes such a fuss about – but with it in the way, where does the glaze go? So I scored it and threw it in the oven, then when it started to turn crackly I cut it off, put it in its own pan to finish cooking, and painted on a glaze made with equal parts brown sugar, grainy mustard and balsamic vinegar. (No one ate the cracklings. They were a little too Hannibal Lecter for me.)

While it roasted (or baked?) I poked 3 big sweet potatoes/yams (depending on how your grocer has decided to label them) with a fork and slid them onto the oven rack around it. I adore sweet potatoes, and often wonder why they aren’t often used for more than oven fries. To mash them, you don’t need to peel and boil them like you might with regular potatoes. Just bake them, which contains any nutrients and gives them even more flavor – like cooking meat on the bone makes it more flavorful, so does cooking potatoes in their skins – they will darken and caramelize a bit just below the surface. When they are soft, pull them out, pull off their skins (this is easy, as the flesh tends to withdraw a bit from its skin, creating an air pocket that makes it simple to pull off with your fingers) and mash with a bit of butter and a spoonful of orange juice concentrate – I scoop it straight from the freezer; it will melt into the hot potatoes. A bit of salt and pepper, and a drizzle of milk if they are too dry, and they are done. If you like, a drizzle of maple syrup is delicious too. Sweet potatoes tend to not be as starchy as white potatoes, so they are actually moister and easier to mash.

The mac & cheese was actually whole wheat rotini & cheese, since I knew that’s primarily what the kids would end up eating. (Brown rice pasta has an even better mouthfeel, but I didn’t have any.) Don’t hate me for saying so, but I don’t use a recipe when I make mac & cheese. I boil as much pasta as I want to make (just as you would if you were making spaghetti for the family) and while it cooks, make a roux out of roughly equal parts butter and flour. A roux is just butter and flour, whacked into a hot pan and melted, smoothing out all the lumps. Pour some milk in (2 cups or so per 3 Tbsp. of butter-flour – you’ll get a feel for it) and bring it to a gentle boil. You won’t be able to tell how thick it’s going to get until it starts to bubble – once it bubbles for a full minute it will have reached its full thickening potential, and you’ll get rid of any starchy, floury taste. Stir in a few handfuls of grated cheese, and it will melt into the sauce. I discovered a block of Swiss in my fridge that wasn’t going anywhere, and it melted beautifully. Drain the pasta and stir it into the cheese sauce, or vice versa. You could serve it at this point, or scatter it with crumbs (or more cheese) and bake it until it’s bubbly. Mac and cheese that doesn’t come out of a box is something everyone should be able to make. It doesn’t require much more time or effort than KD, and is the ultimate in comfort food. Experiment by adding different cheeses – intensely flavored ones such as Gruyère or blue cheese are best. It’s a great way to get rid of leftover cheese bits you might have lurking in the fridge.

In a large pot of boiling salted water, cook the pasta until it’s tender but not mushy. Drain well in a colander and set aside.

In the empty pot (no need to wash it out), melt the butter over medium heat. Add the flour and stir well with a whisk, cooking for a minute or so until the mixture starts to turn golden. Stir in the milk and bring the sauce to a boil, whisking constantly. The sauce must reach a full boil in order for the flour to reach its full thickening potential. Reduce the heat and simmer for a few minutes, until the mixture is nice and thick.

Remove the sauce from the heat and stir in the cheese until it melts. Add salt to taste, then stir in the drained pasta. If you want a bread crumb topping, pulse the bread, butter and Parmesan in a food processor until the bread turns to crumbs and the mixture is well blended. Pour the macaroni and cheese into an appropriately sized baking dish and top with the bread crumbs or additional cheese. (It can be made up to 24 hours ahead and refrigerated in the baking dish; sprinkle with the crumb mixture or cheese right before you bake it.) Bake for 15-20 minutes, until the topping is golden and it’s bubbly around the edges.

The free 4 pound box of strawberries that came with $150 worth of groceries at Superstore earlier in the week made up my mind about dessert: strawberry shortcakes. Easy, not fancy, kids love it. And what else am I going to do with 4 pounds of strawberries before my rhubarb has begun to sprout?

Strawberry shortcakes are generally made with biscuits sweetened with a little more sugar; since I’ve already posted my whole wheat and olive oil biscuit recipe, I thought I’d use one that I made when I did food styling for Trish Magwood a few months ago; these are apparently her hottest sellers back at Dish in Toronto. (As usual, I changed the recipe a bit.) If you want a more nutritious shortcake, use the whole wheat biscuit recipe and add a couple tablespoons of sugar to the dry ingredients. 2 lb strawberries, hulled, sliced and tossed with a little extra sugar if you like (this will coax some of the juice out of the strawberries, which makes everything nicer)

1 cup whipping cream, whipped with a drop of vanilla and a spoonful of sugar

In a bowl, stir together flour, sugar, baking powder, baking soda and salt.  Add butter pieces, using fingertips or pastry blender, work butter into dry ingredients until mixture resembles course cornmeal.  Leave a few larger pieces to create flakiness. (I do all this in the food processor, then dump it into a bowl to stir in the buttermilk.)

Add buttermilk and mix with a spatula until ingredients are moistened (do not over mix).

Gather dough into a disk on a cookie sheet that has been sprayed with nonstick spray. Pat into a circle that is about 1″ thick; brush with a little extra buttermilk or milk (you can even use your fingers with this) and if you have some, sprinkle with coarse sugar.  Cut into 8 triangles. Bake for 12-15 minutes or until golden.

Split the biscuits and load up with strawberries and whipped cream.

As it turned out we were celebrating more than Day 100; my brother in law Rory just finished writing his medical exams, Emily made the 1st tier soccer team, my Mom survived their AGM yesterday, my parents bought a house just blocks from us, Willem got up in the middle of the night to pee in the toilet. (And a couple other things I’m not allowed to post for thousands to see, sorry.) And it was Wednesday, and we were all together for dinner.

So much to celebrate.