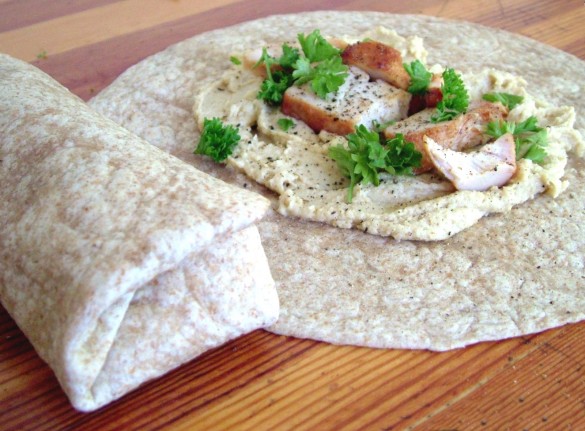 An emotionally exhausting and headache-inducing day. Didn’t much feel like cooking. Did feel much like eating. I had some hummus in the fridge that I made on the weekend (it improves after a few days), and when I stopped at my mum’s I borrowed – without any intention of returning – some shredded roast chicken from the fridge. (It’s OK, I knew they were going for sushi tonight and didn’t have plans for it.) 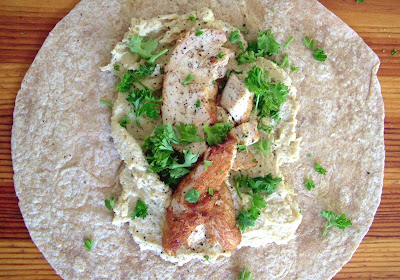 So we spread some hummus on whole wheat tortillas and laid strips of chicken on top, and only because I had some in the fridge, I snipped over some parsley just to get something green into us. It took about four minutes. I’m hoping to see this sandwich again soon; maybe tomorrow. W picked out the chicken and flicked off any bits of green, and we ate them on the couch accompanied by a particularly comforting episode of Laverne and Shirley. (The show ended, as it often does, with Shirley wrapped in a fuzzy pink robe, writing in her diary before bed. Almost exactly like I’m doing now, minus the voice-over and dramatic facial expressions. But not the fuzzy pink robe.)