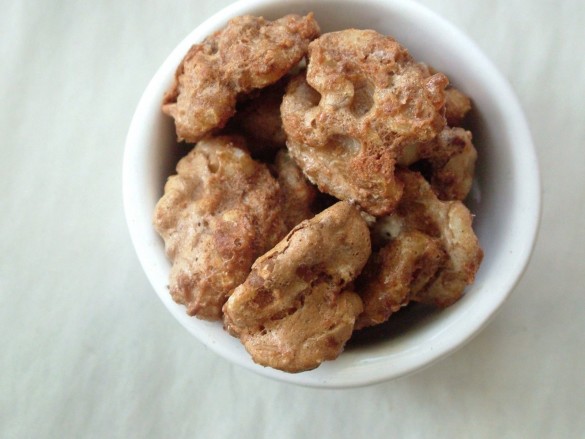 My name is Julie and I have a Nutella problem.

Evidence of my use: spoons scattered all over the house. Chocolate drips on my chin. Mike is planning an intervention if he ever finds a secret stash down behind the dryer.

Today I took over traffic on the Homestretch, and it was brutal. More so for everyone out driving than for me of course, but imagine 3 solid hours of answerinng calls, taking notes from people in their cars and tracking police and city websites for collisions and other incidents, trying to organize all the info (although I kept checking them I had around 20 messages on the machine at all times, most of which I didn’t get to until after the show; sorry if one of them was you) into a cohesive traffic report with all the directions and intersections and streets and avenues right and go into the studio to do a new one about every 7 minutes. Traffic reporters are on the ball, let me tell you. Food is so much more my thing than traffic. I’m just not as passionate about a stalled vehicle blocking the off ramp from northbound 14th St. onto eastbound Glenmore.

Since the show airs until 6 it was impossible for me to get home much before 7, so a goodly wife I was not – plus I had a lot to prep for my healthy holiday food segment on Global tomorrow morning. So leftovers it was – the last of a noodle casserole I made the other day (it must have been for lunch) to use up the last of those salmon chunks, which originally had been marinated in maple syrup, soy sauce, lime juice, ginger and garlic and were quite flavourful on their own. 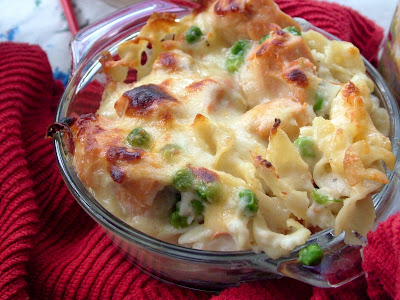 I decided to use it instead of tuna in a tuna-style casserole; really all I did was cook up some noodles while I made a quick sauce out of butter, flour and milk, added the salmon chunks and some frozen peas, poured it over the noodles and topped it with grated cheese and baked it. A good use of leftover salmon, I think. Maybe even better than tuna. So the last of it went into a little baking dish and into the toaster oven to reheat.

These nuts I used to make all the time, then one day I took a sabbatical from them. But do you remember how last winter I was smitten with hazelnuts? This year it’s walnuts. Which should not, by the way, ever be bitter – if they are, they are rancid. They should be mellow and sweet and wonderful. I had to make some for the show tomorrow – hopefully there will be some left in the morning.

These nuts are lightly coated with a layer of sweetened egg white, which can carry any flavour you like. Use white sugar instead of brown, or try maple sugar if you can get your hands on some.