“Eat food. Not too much. Mostly plants.” – Michael Pollan, author of The Omnivore’s Dilemma and In Defense of Food (both highly recommended reads)

This is some of the best advice I’ve heard.

Today, it was more along the lines of: Eat food. Way too much. Mostly cheese.

We taped the cheese episode today – a fantasy of mine really, but I felt rather like crap upon coming home. We have to taste our way through each segment (4 of them), and run through each one twice, plus cutaways (all those snippets of close-up chopping stuff, turning on the burners, grabbing stuff from the fridge etc. that you see on food shows but don’t really notice) – and then there’s the small matter of eighteen or so different chunks of cheese lying around as leftovers beside pots of fettuccine Alfredo and grilled cheese sandwiches. So I didn’t really stop when the cameras were off, although I did slow down a bit, and tried to ballast all that cheese with some walnuts and prunes and broccoli.

I grazed through the day and Mike fended for himself at dinner, W slept through it and ate plain popcorn and dried apricots upon waking up and wanting to watch Wall-E.

Later, as I was checking email and reading Green Eggs and Ham for the kajillionth time (it is good speech exercise, luckily) I remembered the chocolatey peanuty stuff I made the other day in response to a craving for a Cuban Lunch – do you remember those waxy peanut and chocolate bars that came in little ruffled rectangular red paper cups? I think they discontinued them before I was 10, but I remember my mom buying them, along with sponge toffee (still one of my favourite things ever) at the little grocery store by our house. I hadn’t thought of them in eons, and then one day something triggered a memory lodged somewhere deep in my brainpan (weird what you hang on to while more important stuff is jettisoned off to oblivion after a week and a half) and I had to make some out of the chocolate chips and salted peanuts in my cupboard. This stuff is softer than the old-school Cuban Lunch, more like a truffle than like fudge, but I didn’t know how else to describe it. Decidedly not low fat or calorie, but cheaper than therapy. And honestly, these require less than 5 minutes of actual work. (If you can call stirring and pouring work.) 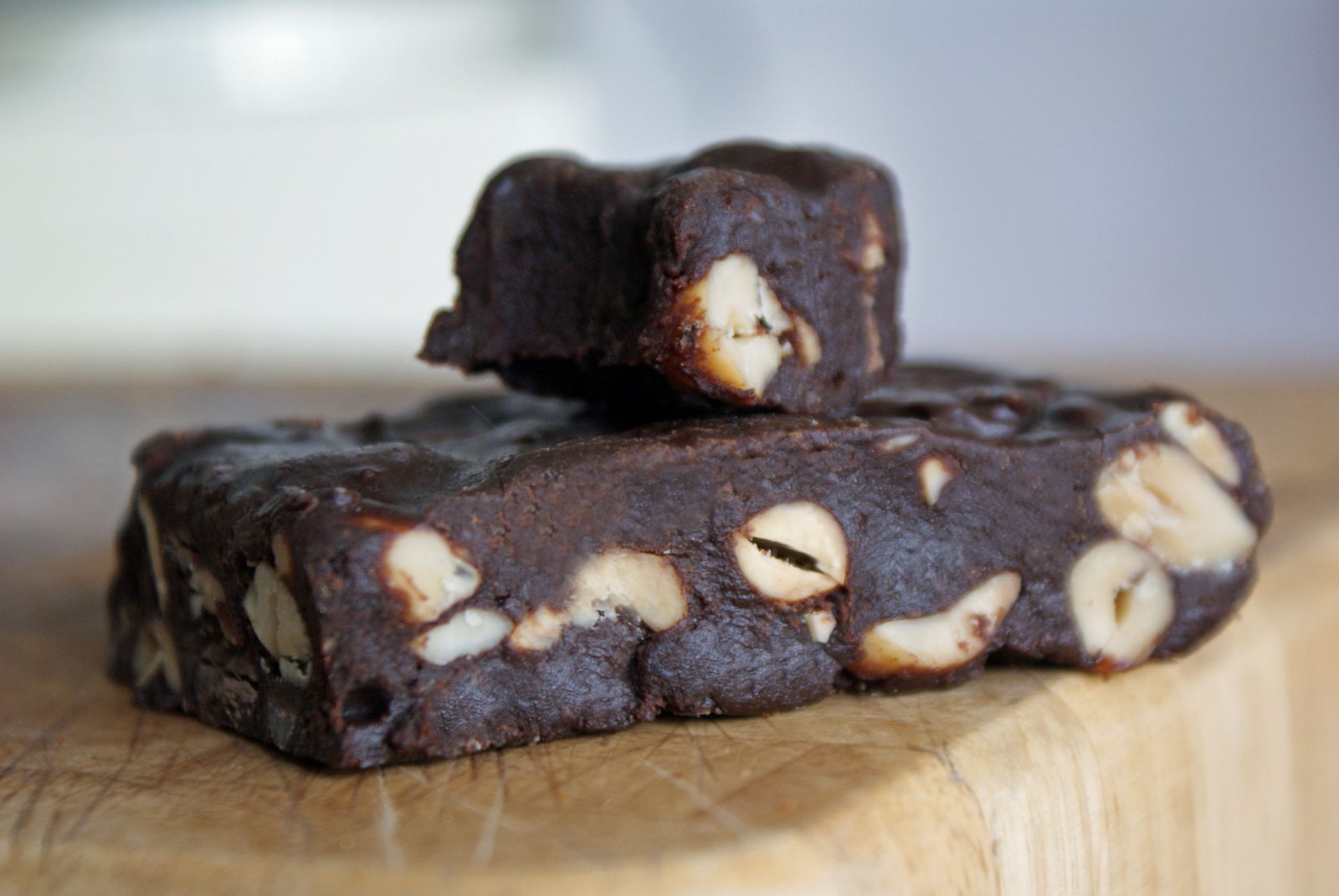 In a medium pot or microwave-safe bowl, heat the cream (on the stovetop or in the microwave) until barely simmering. Remove from heat and add the chocolate chips. Let it sit for a few minutes, then stir until smooth. Stir in the peanuts.

Spread into a loaf pan and chill; cut into squares or strips or trim bits and bites off and just eat them. (Not too much.).

In a medium pot or microwave-safe bowl, heat the cream (on the stovetop or in the microwave) until barely simmering. Remove from heat and add the chocolate chips. Let it sit for a few minutes, then stir until smooth. Stir in the peanuts.

Spread into a loaf pan and chill; cut into squares or strips or trim bits and bites off and just eat them. (Not too much.).

Speaking of exercise (or was I? I can’t remember) my early morning workout regimen lasted exactly one day. Monday I was up early and did my stint at the gym, but by the end of the day we were half an episode behind and the following days I had to be out the door at 6:30 to make my call time, which would have meant being up at 5 to squeeze in even a brief visit to the gym. Having not been in bed early enough (and both nights up with either boy or dog) it was a choice between sleep and gym, and my brain, as you well know, does not function well without sleep. With an entire crew working around Ned and I, I felt obliged to be as cognizant as possible.

Despite the cheese and new-school Cuban Lunch I have managed to stay the course and am teetering at the brink of 200. A point I never thought I’d have to cross back over again, but I am happy that I’m not back to working my way down to 300. I’d love to hear how you are all doing. I finally heard back from the Superstore, and so am going to schedule Book Club for the week of the 23rd?