Happy Christmas everyone, and sorry for the radio silence. I actually had a post almost finished on the evening of December 23rd when I went upstairs to read W a story. On my way back down, gravity got me good. (It’s been after me my whole life.) Thick, wooly socks + hundred-year-old wood stairs worn to a smooth sheen = me slamming down several of them in quick succession – WHAMMOWHAMMPWHAMMO – and winding up in a pile on the landing. You know that saying “the bigger they are, the harder they fall?” Truth. I made it to bed -barely- and spent a tearful, painful night waking up each time I moved. It appears now, three days and plenty of painkillers later, that I cracked/bent/fractured/otherwise maimed my tailbone, which is quite swollen. Wait, that could just be my butt.

And now my lower back is getting in on the action, trying to help compensate for it. So I’m bouncing back and forth between Robaxacet and Ibuprofen, and which one I currently have on board determines which pain comes out on top. I’ve become quite useless in the past 24 hours, but still managed to pull off a turkey dinner for 11, even if it was 2 hours late. (It also seems painkillers affect math skills, specifically when calculating pounds, kilos and hours in the oven.)

Which isn’t to say the past few days haven’t been completely fantastic, and I can’t wait to tell you about them. Also – my sister has officially moved in across the street, which is almost like our little family has sprouted four new members, and W suddenly has a sort of brother to spend every waking moment with (and whose Dad showed up on Christmas morning with a Wii – could life get any better?) and I have to fill you in on all that as well. But (besides the fact that I’ve been trying to stay off the computer for a few days) sitting at the computer is not the most comfortable thing for me to do right now. So I think I’ll pick up where I left off, and go watch Flight of the Conchords and/or curl up with Cleaving, both of which Santa left under the tree.

So this is how it went:

I’ve fallen back on quick, cheap and easy (if you are what you eat, right?) caramel sauce on many a Christmas Eve eve, wanting to drop little packages of something delicious on my neighbours’ steps but running out of time to make the more elaborate things I wholeheartedly meant to. Tonight I was all set to make another batch of stollen, and found I was out of milk. So I decided to give up on stollen and make caramel sauce. (Or butterscotch. What’s in a name? That which we call a sauce by any other name would taste as sweet.)

SmittenKitchen planted the seed again with her ridiculously easy butterscotch sauce that is, in fact, ridiculously easy. I morphed it with an old standby recipe and made three batches in under half an hour. One was straight-up, another spiked with espresso (powder) and a third made with eggnog in place of the cream. (If eggnog isn’t your thing, think of caramel spiked with nutmeg.) And I think she’s right, by the way, in calling it butterscotch, which is defined thusly:

but·ter·scotch [buht-er-skoch]
n.
A syrup, sauce, candy, or flavoring made by melting butter and brown sugar together.

But I think caramel would technically be correct as well:

Either way it’s delicious. And easy. And cheap. 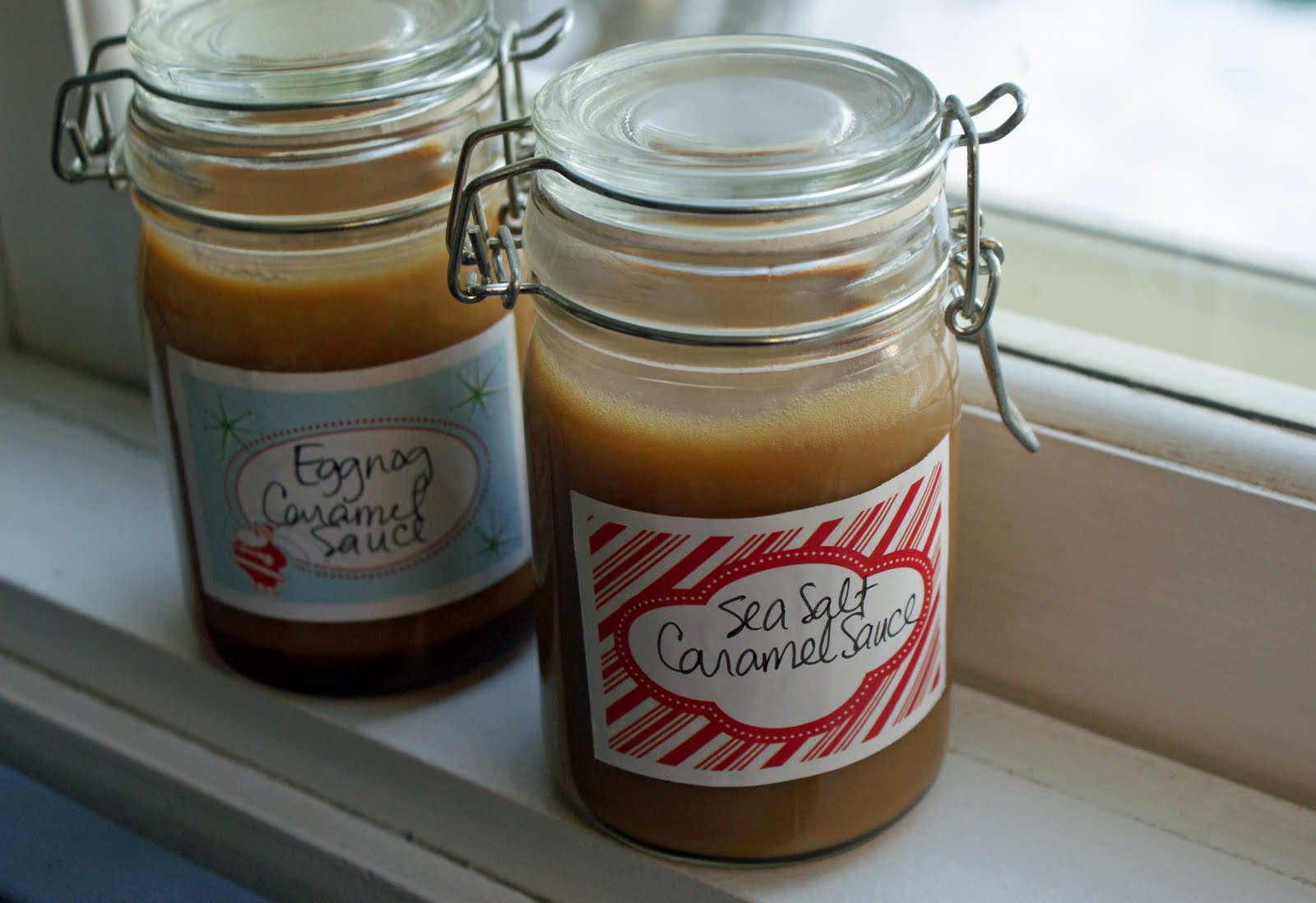 Whisk everything but the vanilla in a small pot set over medium heat. Bring to a gentle boil and simmer for about 5 minutes, whisking occasionally. Remove from heat and add the vanilla and espresso, if you're using it.

Whisk everything but the vanilla in a small pot set over medium heat. Bring to a gentle boil and simmer for about 5 minutes, whisking occasionally. Remove from heat and add the vanilla and espresso, if you're using it.

Oh and by the way, I drew a number (using random.org) for the Anthony Bourdain tickets, and I’m really sorry if your name isn’t Katharine, because that means you didn’t win. But if your name is Katharine, congratulations! You’re going to see Mr. Bourdain on January 12th.