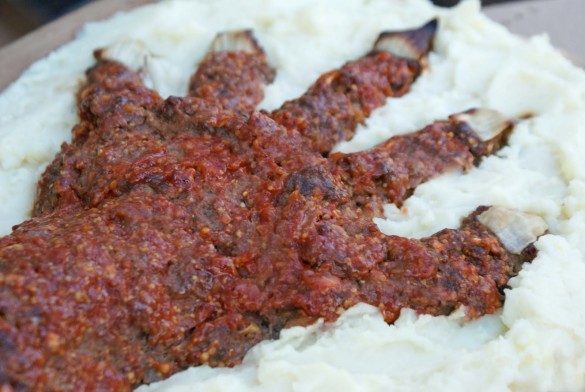 I totally can’t take credit for this. I saw it over at Not Martha last year and thought she was a genius (the kind I love most), and was reminded of it yesterday while I was in Red Deer teaching cooking classes. I sent Mike an email with a link, asking if he had a chance could he possibly make a humanesque hand out of meatloaf while I was gone? For BT in the morning? Still on the foggy highway at almost 11, I didn’t want to be making a hand out of meat at 2 in the morning. (Not that making bloody custard sauce was much better. But that’s nowhere near as good a story.) 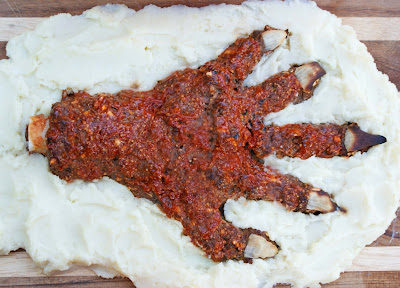 A dozen roses could not have said I love you more than walking in the door to a homemade meat hand. With real mashed potatoes, which really just serve to define meat hand. He shaped it himself, using my usual meatloaf recipe, and then carved a little potato into a severed wrist bone to stick in the end. After baking it had the texture of cartilage. He made a little nook for marrow, even. It was so realistic looking one of the grade 1 kids at school insisted it was real. “I saw the bone sticking out, mom. I saw the bone.” Shudder. 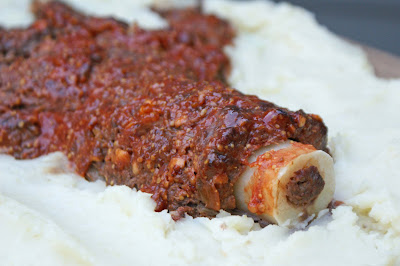 We got a lot of mileage out of meat hand – it made the rounds at BT, then went to school, where I presented it to the kindergarten class as their snack. They didn’t go for it, so we totally ate it for dinner. Come on – wouldn’t you? 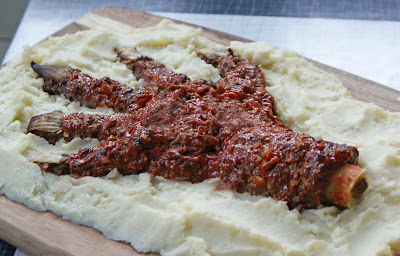 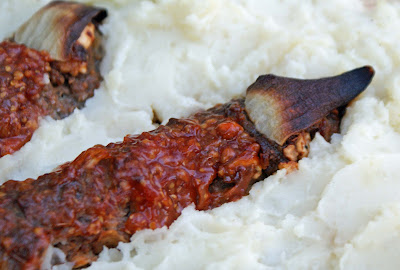 It’s totally easy to make, and well worth the extra 10 minutes of labour to present a grody severed hand-shaped meatloaf to your family for a random Sunday dinner, don’t you think? Especially on a day when the kids have their friends over, or your daughter happens to bring her new boyfriend home for dinner. W isn’t embarrassed by me yet, but when he is I may as well go down in flames.

Here’s what some people are saying about meat hand:

My sieve-like brain has not retained the rest. They were just as good.