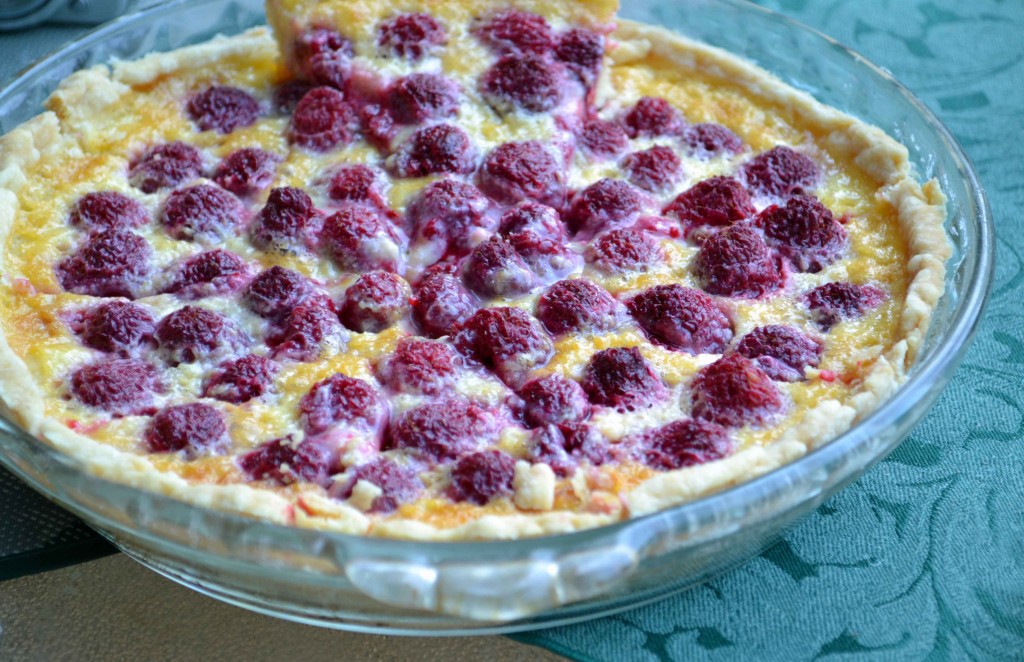 It was fortunate that we were out here in Victoria this weekend, because it happens to be my uncle’s birthday. (Happy Birthday Uncle D!) And so my cousin (cousins? how does one refer to the husband of one’s cousin? second cousin? cousin in law? what does once -or twice- removed mean, anyway?) made dinner for everyone. 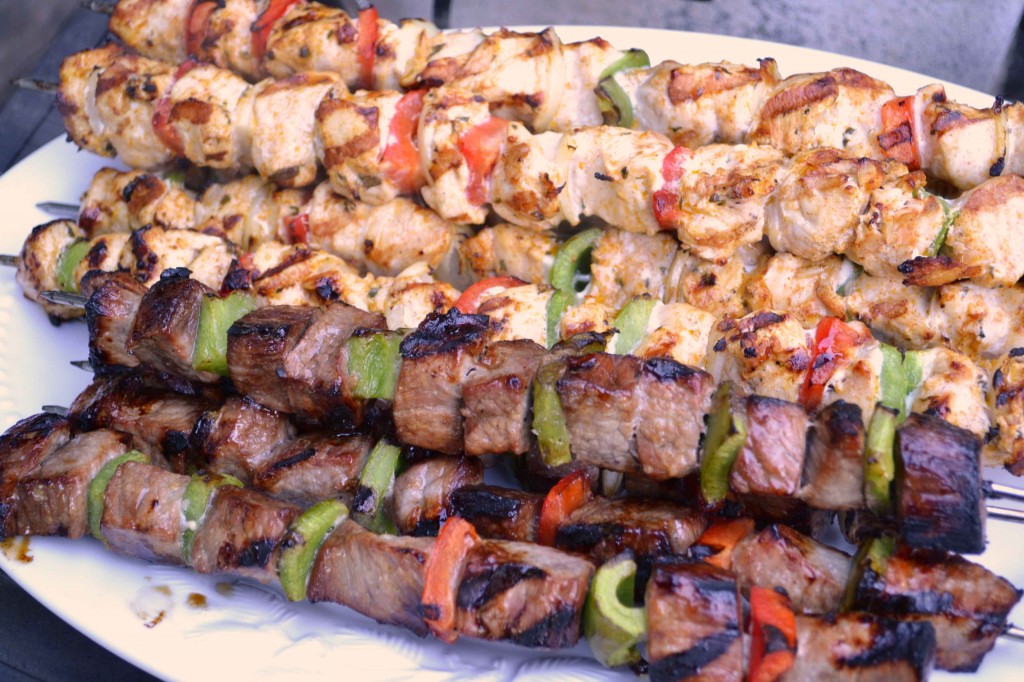 My second-cousin-in-law-by-marriage-once-removed grilled kebabs – chicken and beef – with peppers they buy from a grower on the island, down the road. I have no idea what they did to them, but they were fab. They pushed all the meat off the skewers onto a platter and passed it around the table. 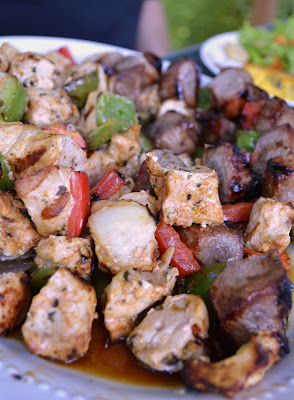 There was a veggie-filled frittata, and rosemary-garlic roasted potatoes and approximately a half dozen salads – Greek and greens from the garden and one made with what I thought were wheat berries, but turned out to be rye berries – grown at an organic farm in Duncan as part of a CSA project they were involved in – they learned to prep, plant, grow and harvest. How cool is that? 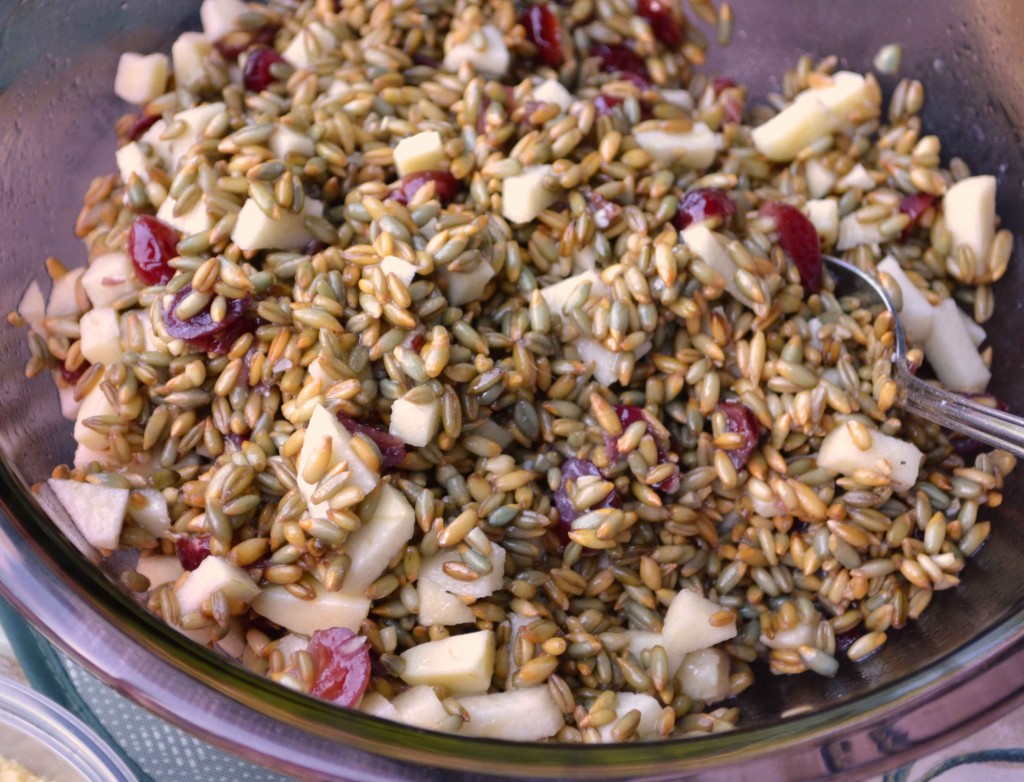 It had chopped apples and dried cranberries and a simple vinaigrette. Da bomb. 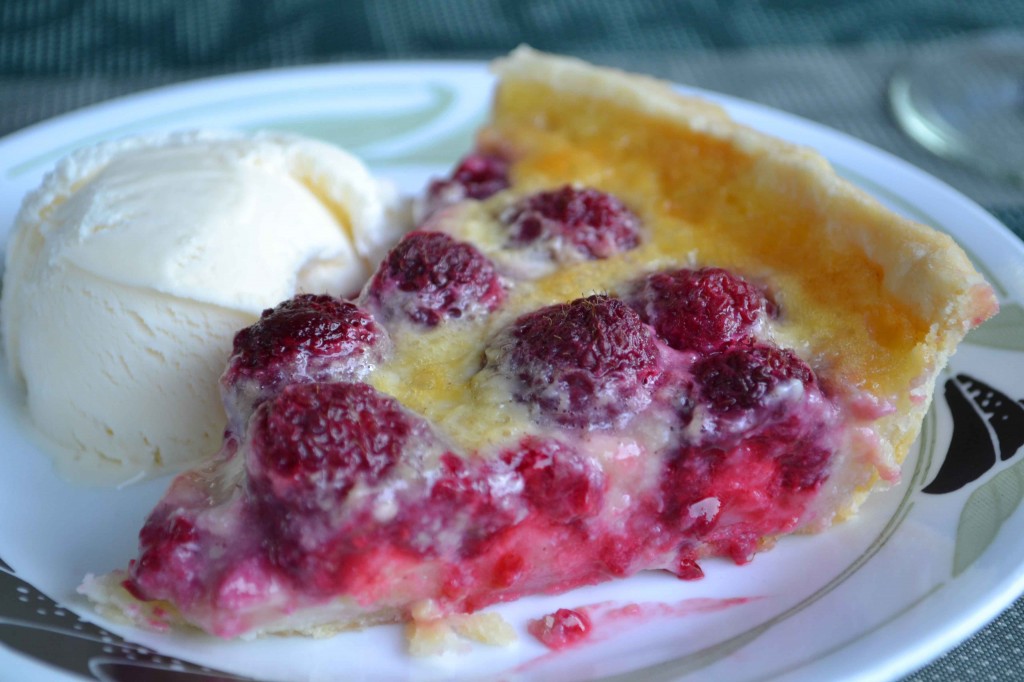 If my birthday was in July, I’d totally want a raspberry custard pie, made with enormous raspberries just picked just down the road. I didn’t ask for the recipe, but a quick search came up with this ultra-simple recipe over at Martha Stewart. It’s definitely going on my summer-must-make list. Now if I could only grow my own raspberries that look and taste like these..

9 comments on “A Birthday Dinner, with Raspberry Custard Pie”