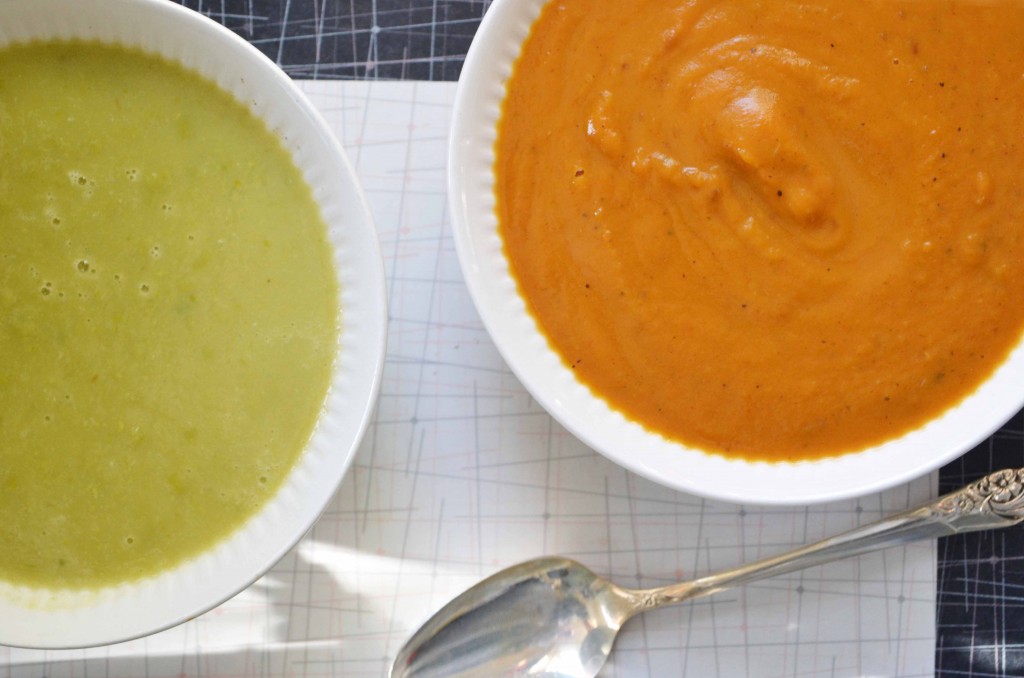 So. Christmas. It didn’t wind up being the healthiest holiday season. I thought I’d be back with too many photos to sort on Boxing Day – but as it turns out there hasn’t been much food to report. On Friday morning (our anniversary!) on which day we planned to head downtown and walk, do the last of our Christmas shopping, have a fancy coffee, then go for dinner and wrap presents, I walked in the door from my early morning BT spot feeling a little woozy. I spent the day in bed and the bathroom, and W joined in that evening – luckily I already had a barf bucket at the ready by the couch. We spent our anniversary evening mopping the floor, doing laundry, cuddling W and watching old episodes of Arrested Development. It wasn’t bad, actually, but no food to report.

Saturday we had Christmas at my parents’ house, and the big turkey dinner. It was beautiful – the setting and the meal, which featured a 20 lb organic free range heritage breed turkey from Winter’s that we went over to put in the oven that morning. The boys (five of them under 8 ) were over the top excited, building their Lego and popping crackers. Mike tracked Santa on his iPad. My sister made a killer chocolate cheesecake. I hadn’t at that point eaten since Thursday night, but as I was managing to keep sips of Coke down, I had high hopes. It didn’t go well.

On Christmas day I ate a cracker, and at dinner, with Mike’s mom and sister and half of my family over to our house this time for turkey part 2, I managed a Pillsbury crescent roll – perhaps the pouffiest, most refined food product available? And so on Boxing Day I thought I’d venture into real food territory. There were leftovers, of course, and so rather than take a stab at Turkey Dinner Part 3, or do something crazy like make turkey shepherd’s pie, I made soup. 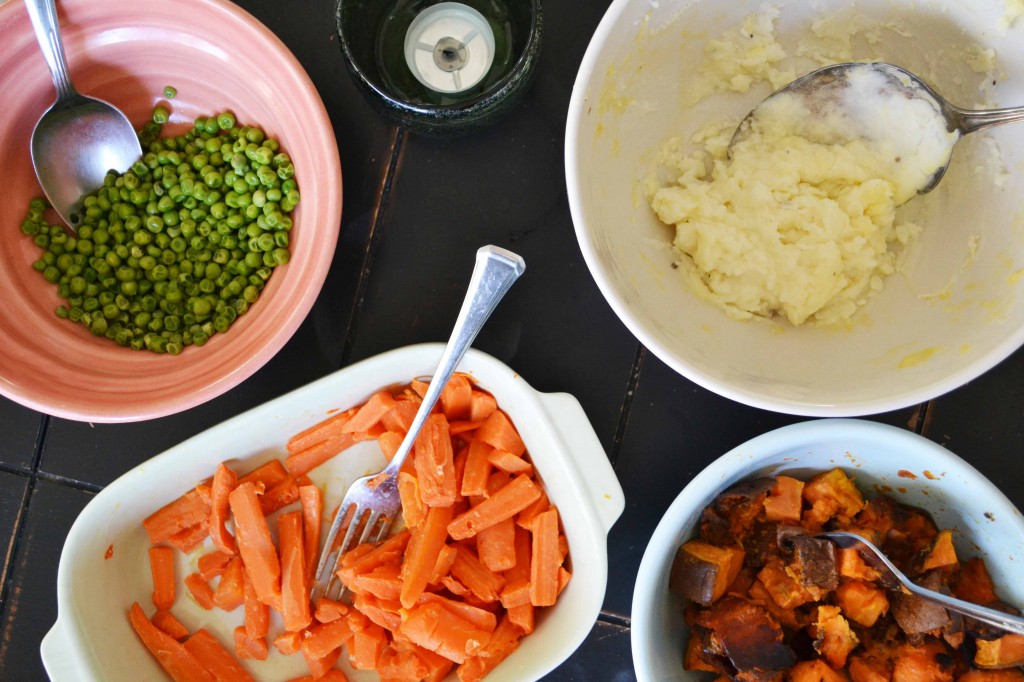 There was mashed potatoes and peas, carrots and roasted sweet potatoes, so I made one pot of orange-red and another of green. (In keeping with the colours of the season, of course.)

You don’t need a formula to make soup. I’m not sure how many people realize this. I’m going to resist writing a recipe here, because that goes against the whole point of transforming whatever it is you have on hand into a pot soup. 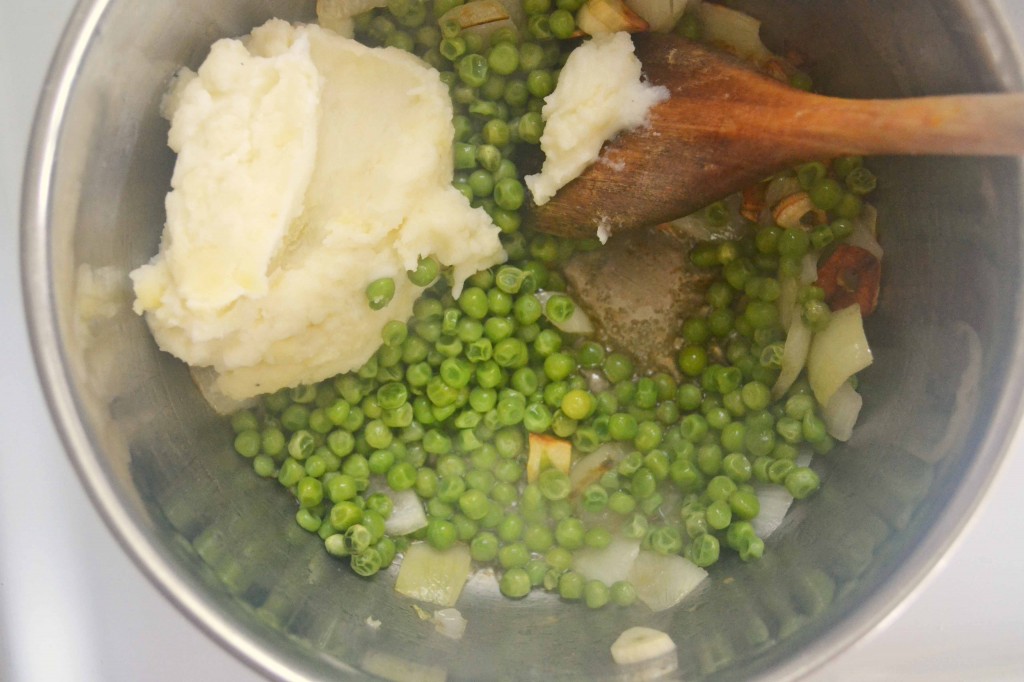 So here’s what you do: put a pot on the stove, drizzle some oil in the bottom and add a dab of butter. Chop an onion and throw it in. A clove or three of garlic, too. I just slice mine, so that it doesn’t burn – we’re going to puree the lot, anyway.

Give them a few minutes to soften, then throw in your leftover veggies. In one pot I scraped in the last of the mashed potatoes – about a cup and a half? – and the peas – maybe 3/4 of a cup. Not that it matters. add however much you have. Broccoli would do well, or spinach, kale, asparagus, even roasted Brussels sprouts. In the other pot I put a spoonful of curry paste, the carrots and roasted sweet potatoes. Squash would have been perfect, too.

Add some stock to cover and bring to a simmer. (If you’re really on the ball, you may have some turkey stock already – I always keep those tetra packs of chicken stock in the pantry.) Cook for 10-20-30 minutes, or until everything is soft. Puree with a hand-held immersion blender. Add more stock or water if it’s too thick, or simmer a bit longer if it seems too brothy. You could add a splash of cream, but neither needed it. At its best, soup is simple. Any veggie dish – even just boiled or steamed veg – are delicious simmered with stock and pureed. And if you’re not in the mood for soup, it’s a great way to freeze leftovers – in soup form. Happy holidays, everyone!