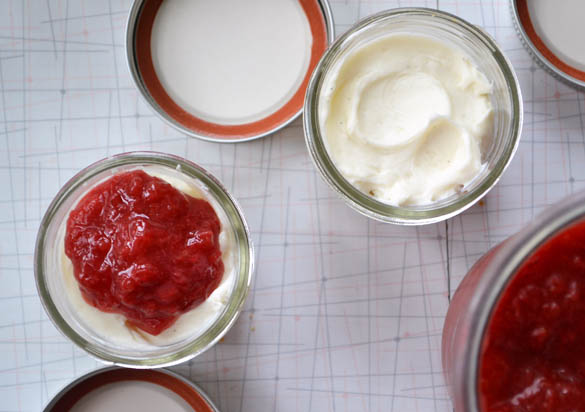 This post could have been mighty impressive and star-studded, photo-wise – instead, I’m offering up some yumminess and asking that you use your imagination. Ready?

So this weekend, if you haven’t already heard, I made lunch for Darth Vader. I did!

For reals. Also – Sir Patrick Stewart (Captain Jean-Luc Picard) and the entire cast of Star Trek-Next Generation, and on Sunday – Adam West! And his wife, both of whom were lovely.

Yes, I did in fact make lunch for Darth Vader AND Batman in one weekend, and yet my six year old boy is not sufficiently impressed with the fact that this is what his mom does when she goes to work. At least (very) occasionally – I should stress that this is not the norm. 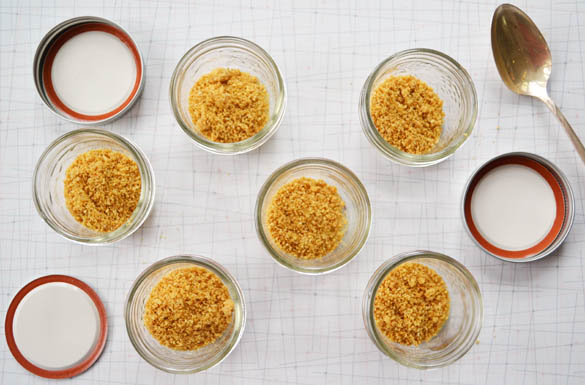 (Although in past years I have cooked for Leonard Nimoy and William Shatner – some cook for kings, queens and presidents; I cook for captains of the Enterprise and miscellaneous sci-fi stars. Also on the list: Elvira, Tia Carrere and Max Headroom. Tired of the name-dropping yet? I’m not!) 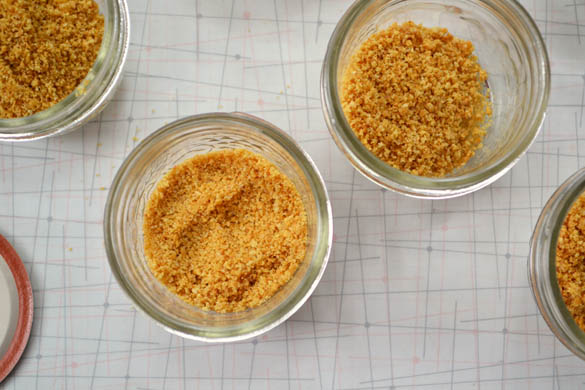 I don’t have photos of myself with these stars of stage and screen because when they come back to the gold room for a rest and some lunch, it’s their downtime. I don’t want to disturb their break with yet another request for a photo and autograph when that’s what they’ve been doing all day, for people who have waited in line for hours. Sometimes they’re chatty – although rarely about the movies or shows that made them famous – and it’s fantastic to be able to sit and talk about Jarlsberg cheese and backyard gardening and how to grow lovage with Gil Gerard – Buck Rogers! – after all, they’re just people. Which is why I bring food – but never my camera. 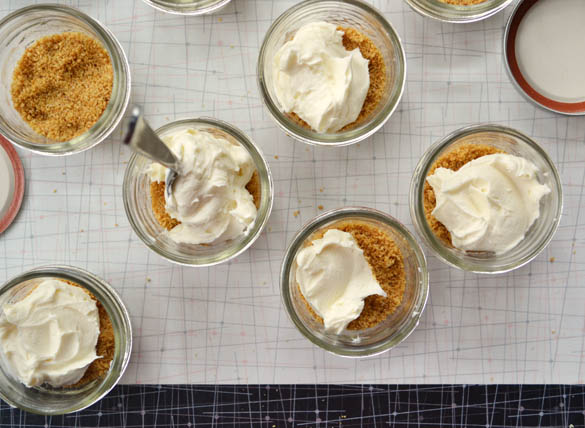 I made these cheesecakes in a jar for the stars of the Calgary Expo this weekend – often they don’t want to take much time away from their panels or signing duties, and so I figured they’d be something tasty they could screw the lid on and take to go. Little unbaked cheesecakes in mason jars are popular on restaurant menus, and ridiculously easy to make. 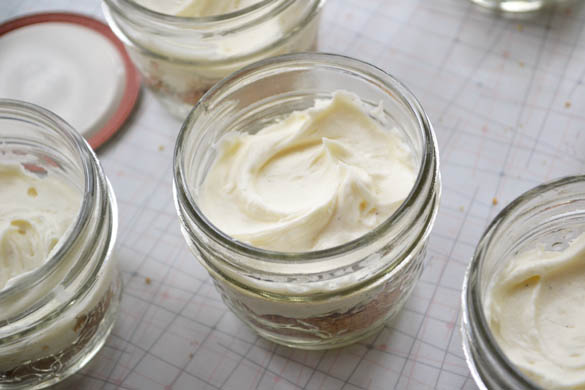 Those small (125 mL) ring-top jars are perfect. I totally winged it. Although I’m sure graham crumbs straight-up would have been fine, I mixed mine with a little melted butter and sugar (1 Tbsp. each to 1 cup crumbs) and then pressed a spoonful into the bottom of each jar.

The filling is a package of cream cheese, beaten with cream and sugar until it’s smooth and fluffy and dollopable – I did 1 – 8 oz. pkg with 1/4 cup sugar and 1/2-3/4 cup whipping cream, although you could adjust each according to your taste. I added a big drop of vanilla too (vanilla bean paste, in fact – I love that you can see the seeds – they have it at the Cookbook Company in Calgary).

On top, some quickly stewed strawberries and rhubarb – both just chopped and simmered in a small pot with some sugar and a splash of lemon juice. You don’t have to worry about it turning into jam, just that it tastes good. Any fruit preserves would do well here, which means the little cheesecakes in jars you just mastered are perfect for any season of the year – and perfect for parties. Whether your friends have been on the Starship Enterprise or not. 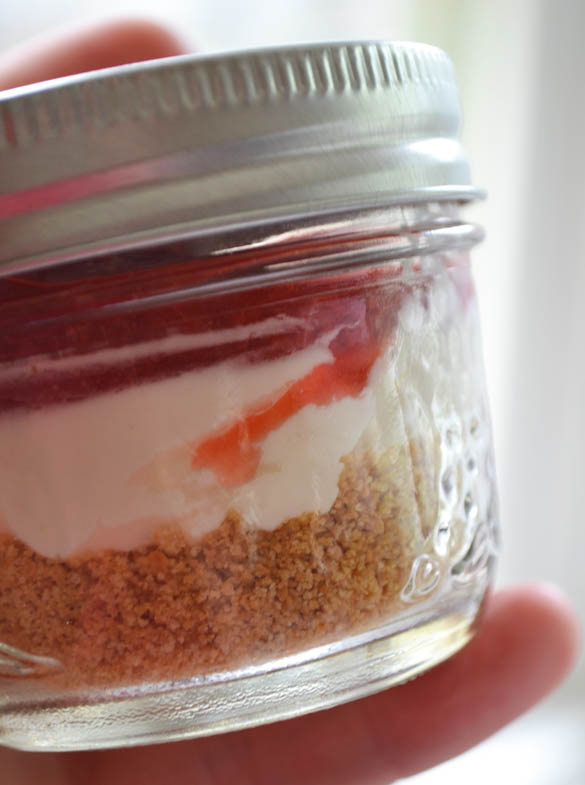 28 comments on “Strawberry-Rhubarb Cheesecake in a Jar”