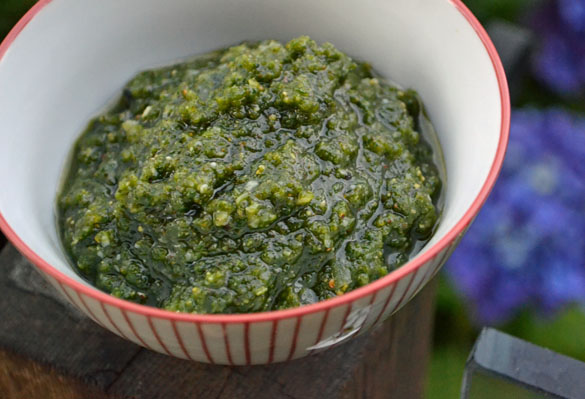 I’ve never considered myself a pesto-making person. You have to mulch so much fresh basil – which I’ve never managed to keep alive myself – to produce even a teeny jar, that I found it easy to convince myself to drop $4 and procure some premade stuff at the grocery store. 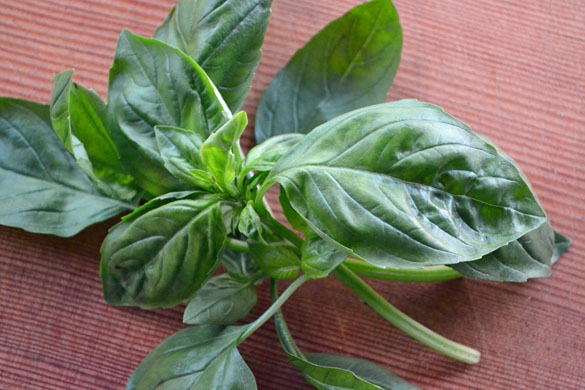 But then one day in Tofino my friend Cathy texted to ask if I might be able to use a bag of fresh basil from the Tofino-Ucluelet Culinary Guild she didn’t have time for? Why yes, yes I can. Turns out while there are plenty of things to do with fresh basil, there aren’t as many ways to use up several large handfuls of it, especially when you’re heading home the next day. 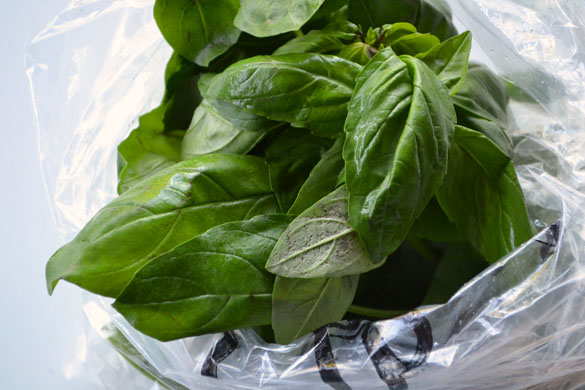 I didn’t want to go out and buy pine nuts and Parmesan, but I had brought a wedge of Grizzly Gouda with us, and picked up some sliced almonds for who knows what. I toasted the almonds, grated the Gouda, packed everything down in a blender (a food processor would make a far easier job of it) and coaxed it around with olive oil. A couple cloves of garlic and a pinch of salt, and yowzah – now I understand why people make this stuff from scratch. Although I’ll never veer from extra-aged Gouda. 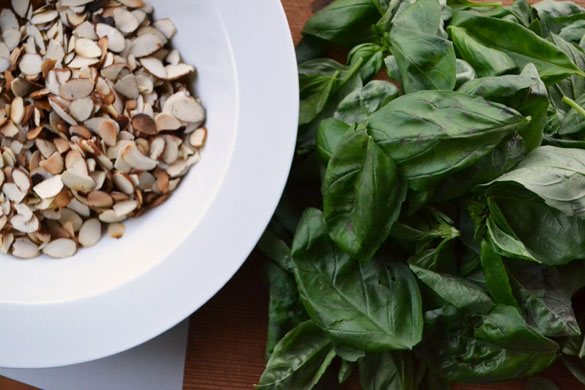 We ate a lot of it straight from the blender with a spoon. Then tossed some with spaghetti to bring on the ferry in a peanut butter jar (it turns out I am in fact my father’s daughter), and when we got home, I froze it sausage-style, something I just learned from a friend at CBC. 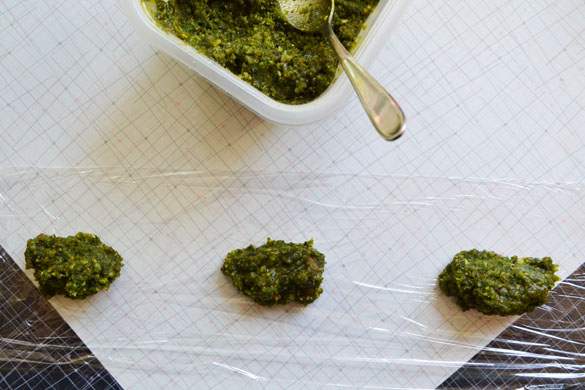 Paul told me not long ago that his dad makes pesto and freezes it in a little chain, sausage-style. To do this, pull out a piece of plastic wrap and fold it in half lengthwise. 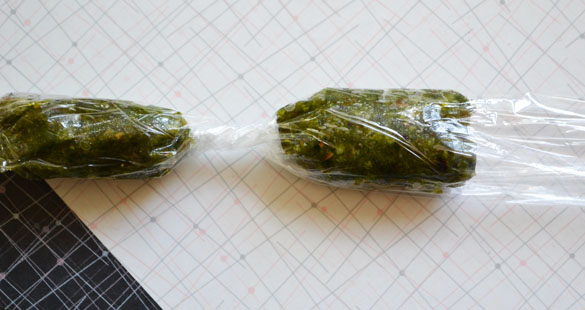 Drop spoonfuls of pesto – as big or small as you’ll use – at 2-inch intervals, then fold the plastic over it and twist in between each blob, making links of pesto you can freeze. When you need some pesto, snip a blob off the end. Genius, no? 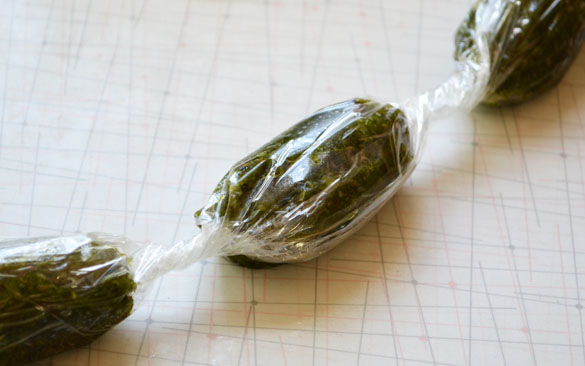 The formula: roughly 6 loose cups of fresh basil leaves, a standard ($10) wedge of Grizzly Gouda, 1/2-1 cup of toasted sliced almonds, a few good cloves of garlic, and a good big pinch of sea salt. Plus about a cup of good olive oil to get it all moving. 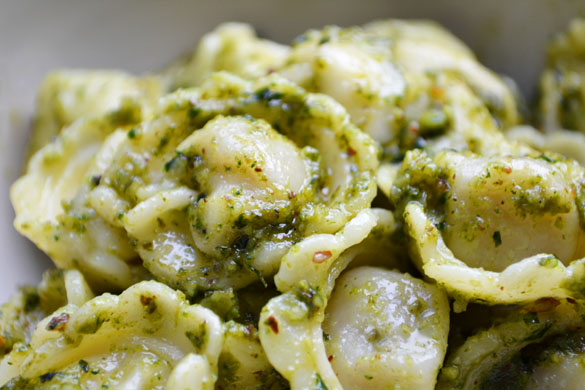 But really, like hummus, pesto can be adjusted according to taste, and what you have on hand. I love recipes that require the cook to dip a spoon in and taste along the way.