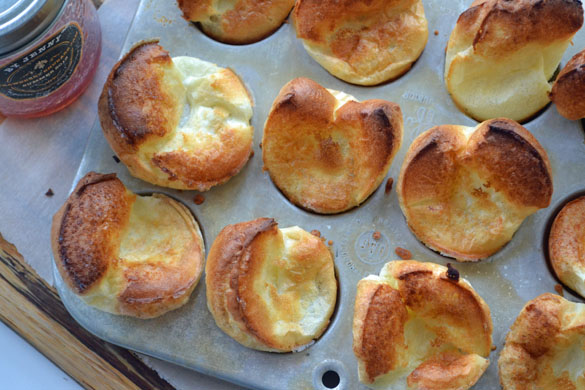 There are few culinary tasks as satisfying as producing a perfectly puffed popover. (Or if you’re roasting beef, Yorkshire pudding.) It’s like turning out a perfect soufflé – but who ever makes soufflés anymore? (Not dissing soufflés here – but I’m not convinced they’re common fodder for home cooks.) Then again, who makes popovers anymore? Although they’re even simpler to make as a batch of muffins – whisk together flour, eggs and milk, pour into a hot pan and slide into a hot oven. 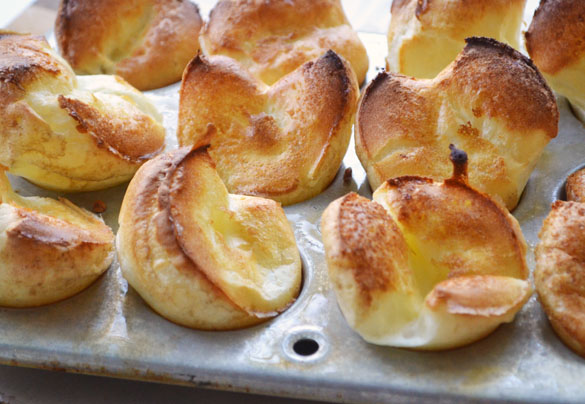 And once you know how to turn out a batch of popovers, they take less effort than a stack of pancakes. I can hear eyes roll as I attempt to tell you to whisk together a fresh batch of popovers to serve with homemade jam to your darlings as they roll out of bed in the morning. But seriously – if you’re in the kitchen making coffee and lunches anyway, think about it. Because at the end of the day, when the house is still a disaster and your to-do list is longer than it was in the morning, at the very least you’ll have made popovers for breakfast. 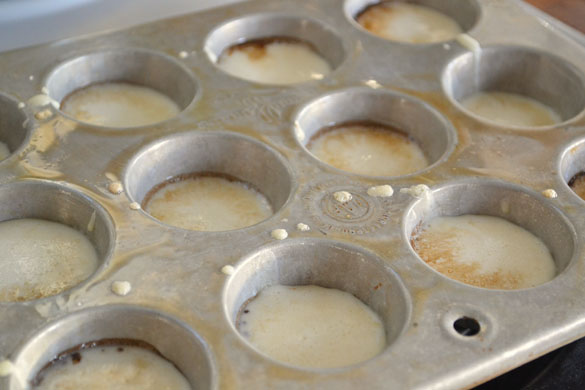 And it’s the sort of thing that once you get, you’ve got. You can whisk flour, eggs and milk in a minute and a half without needing to refer to a recipe. 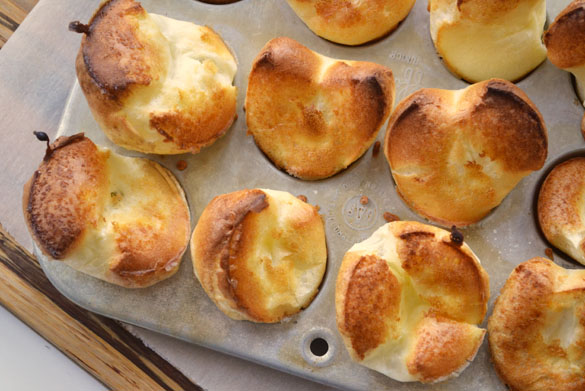 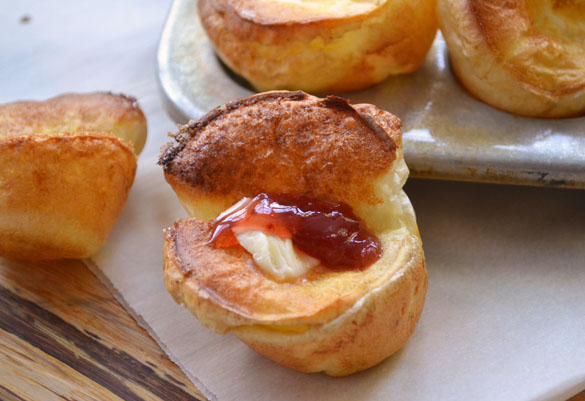 There’s no real need for a fancy popover pan, although one would be fun to have. To make wee popovers, butter a mini muffin pan or spray it well with nonstick spray; put it in the oven and turn it on to 450F. In a medium bowl, whisk together 1 large egg, 1/4 cup flour and 1/4 cup milk. Carefully remove the pan from the oven and pour a spoonful of batter into each cup, filling it 3/4 full.

Immediately return the pan to the oven and bake for 10-12 minutes, until the popovers are puffed and golden. Tip them in the pan to help them cool, and serve with butter and jam.