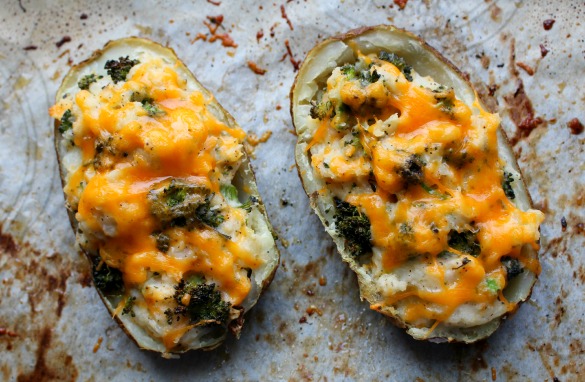 People often ask why we spend so much time in Tofino. It’s a good question – besides the fact that it’s stunningly beautiful, and totally zen, and has some of the best food (and drinks!) and beaches and rainforests in Canada, my parents were nice enough to build a house there. So really it’s like a second home – with a kitchen that’s far nicer than mine and looks out over the ocean. So far I haven’t managed to figure out how to live there – except maybe to just go out and not come back, and claim that possession is nine tenths of the law? 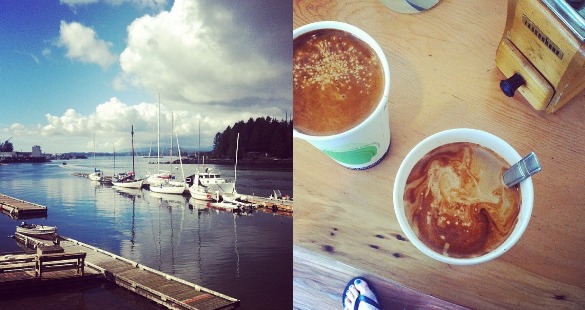 So it’s easy(ish) to settle in and stay for a few extra days when the rest of Canada is being pummeled with snow. And when it’s time to pack up and go, I rummage through the kitchen and use up whatever’s left – this time it meant finally doing something with that broccoli that seemed like a good idea when I saw it on sale on the day we were driving in, and a couple wrinkled potatoes that appeared to be forgotten about at the bottom of a drawer. 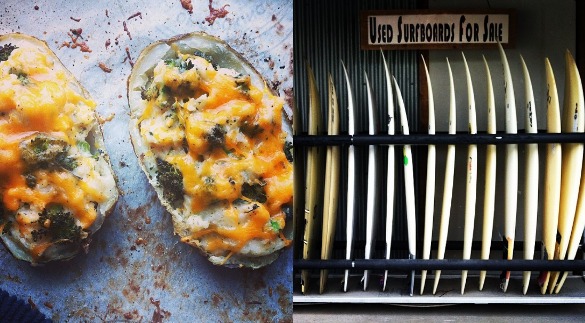 It’s hard not to just go for more fish & chips or burritos. 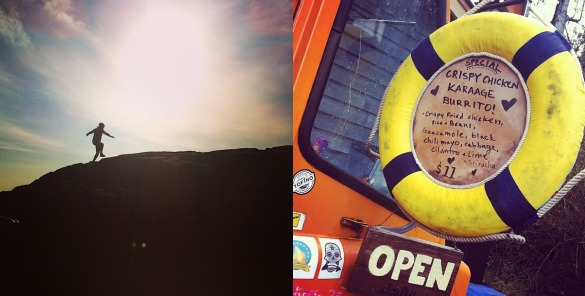 This not a recipe post so much as a reminder of what you can do if you have a couple wrinkled potatoes and some cheese. Beyond that, there’s most likely something in your kitchen that tastes good with potatoes. Bacon? Cold roasted veg? Mushrooms? Sausage? Onions to caramelize? Brussels sprout slaw? A half a container of leftover butter chicken? Chop it + mash it + stuff it. 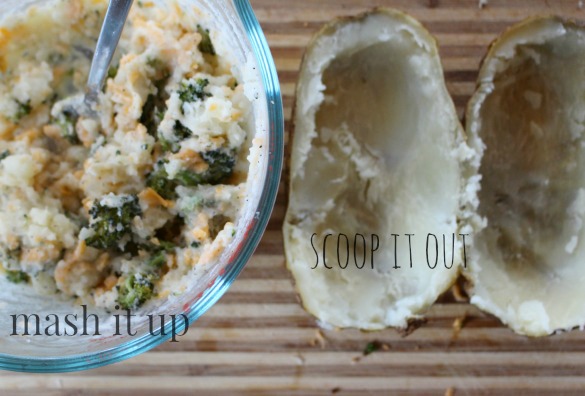 What I love – and keep forgetting – about twice baked potatoes is that they can take on bits of anything, and are particularly good at rejuvenating those bits that otherwise wouldn’t amount to much of a meal. But a stuffed potato is a meal in itself; when I was in high school, my mom went to art college. My dad worked long hours, and with three teenagers with homework and boyfriends and drama (and only one phone!), my mom’s go-to meal was a round of baked potatoes picked up at the Wendy’s drive-thru on the way home. Remember when they were a thing? You could get them plain, doused in chili or with broccoli and neon cheese sauce, which when you’re a teenager is practically required eating. 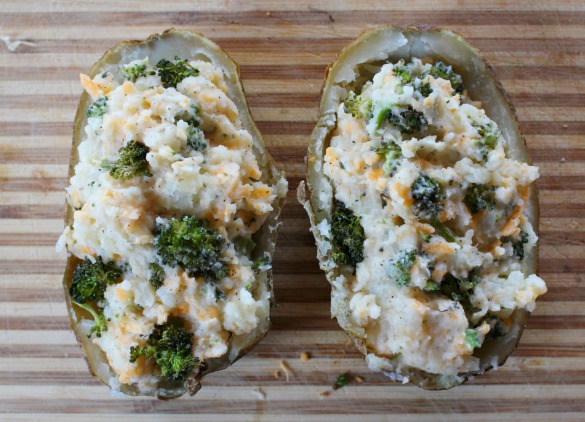 I don’t think I’ve had the broccoli-cheese potato combo since – until this week. So what you do is you bake your potato (I always give them a head start for 5 minutes in the microwave first, to get them going on the insides while the oven heats up) and then scoop out the innards and mash them with all the things that make mashed potatoes delicious – butter, salt, pepper, cream. And then whatever else you like – the previous day I roasted my bunch of broccoli with olive oil and Parmesan, but we didn’t eat it all, so I hacked a bunch up and grated in some cheese. No measuring. This is a good, inexpensive thing to teach kids (teenagers!) how to make, I think. They can experiment and use their intuition rather than follow a recipe – and a twice-baked potato makes a fine meal whether you live alone or with roommates, especially when you don’t have a massive grocery budget. (Who does?) 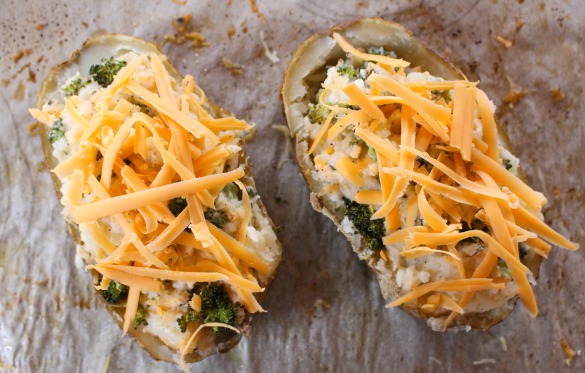 Scoop your embellished potatoes back into their shells, add some extra cheese for good measure and slide them back into the oven, cranking it up a bit (to 400F or so) until the cheese melts and the potatoes heat through. No particular timing required. 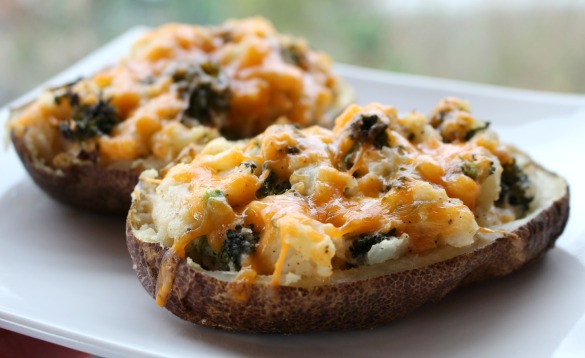 Curl up on the couch with a stuffed potato and a fork and dream of spring.