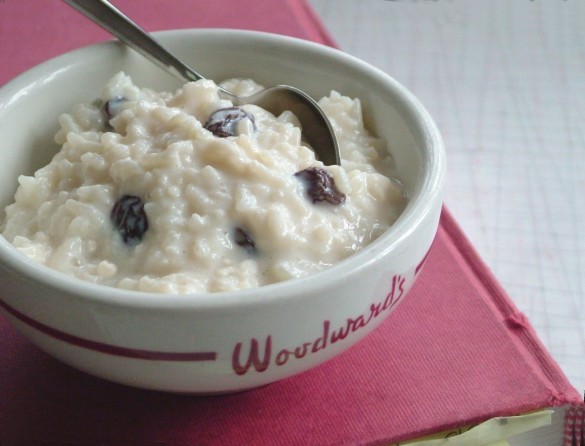 Remember the squash & ricotta ravioli we made out of wonton wrappers and stashed in the freezer? They were called into service tonight. The best thing about them is that you can dump them straight from the freezer bag into boiling water and they’re done faster than dry spaghetti would be.

Emily is still off school this week and so was over again today, and (as per our new routine) wanted to cook something.  Having been up since 3:30 (this is why traffic reporters don’t have toddlers) I was too tired to think and so lay like a sandbag on the couch while she looked through my cookbooks. She rightly identified my dog-eared copy of Classic Home Desserts by Richard Sax as a good source for desserty/baking things that 9 year olds tend to like to make, and flipped through, pondering out loud the fruit cobblers and coffee pots de creme. When I realized we were almost out of flour and completely out of all but the brown sugar, E settled on Brown Sugar Shortbread. Lucky me; they were easier than a snap to make. Chop 1/2 cup butter into bits and put it in the food processor with 1/4 cup packed golden brown sugar, a pinch of salt and 1 tsp. vanilla; pulse until creamy.

Add 3/4 cup flour and 2 Tbsp. cornstarch; pulse 6-8 times, until it starts to clump together.

Smear the dough into a 9″ round cake pan; this part was interesting, as the butter-flour ratio was higher than usual (I would have used 1 cup flour, perhaps slightly more), giving it the texture of thick icing. It even looked like icing as we spread it, unable to pat, along the bottom of the pan. I had my doubts. We were supposed to sprinkle it with sugar, but forgot.

Bake at 350F for 20 minutes, until pale golden around the edges. Cut them into wedges while the dough is still warm, and then let them cool somewhat in the pan before taking them out, so that they don’t crumble to bits.

I’ve never seen such a flaky texture in melt-in-your-mouth shortbread; you can see the way it delicately flaked off in the middle as I sliced them. I liked them much better than even the whipped variety, and they took all of 5 minutes of actual effort.

And right, the rice pudding.

Rice pudding is even easier than shortbread. Whenever I make rice, I make extra so I can make fried rice and/or have an excuse to make rice pudding. This time, I had leftover rice even after making chicken fried rice yesterday. It doesn’t need to be short grain, or even white rice; puddings can be made from brown or even wild rice, which goes well with maple syrup and dried cranberries.

There are creamy stovetop rice puddings and baked rice puddings made sturdier with eggs, and then there’s the rice and milk with sugar that Winnie-the-Pooh makes in the small paperback cookbook my Grandma bought for my 7th birthday. The simplest rice pudding is made by pouring milk over the extra rice in the pot (or the rice that turned out too sticky to eat) along with some sugar, honey or maple syrup to taste, and cooking on medium-low heat until the rice absorbs all the milk. Add enough to cover the rice, and then some. Taste it, then add more milk if you like, cooking each time until it soaks it all up. It’s almost impossible to add too much. Stir in a dribble of vanilla and a handful of raisins. As Pooh will attest, rice pudding is perfect eaten cold for breakfast or elevenses.

Day 93: Dinner at the Highwood (and Chicken Fried Rice for M and W)